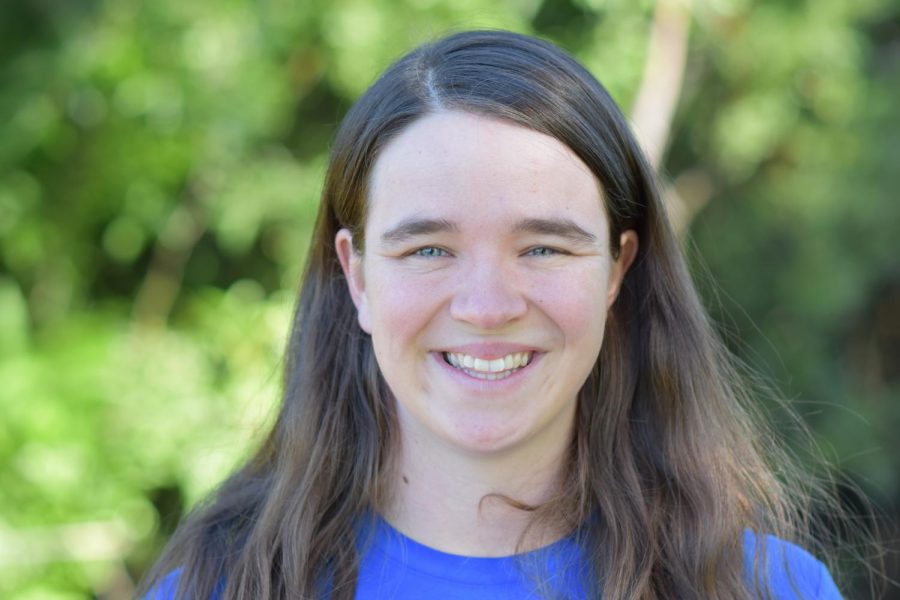 Local journalist Zoe Morgan decided on her journalistic career in fourth grader, achieving her dream as early as middle school. After years of journalistic experience in her hometown of Los Altos, Morgan traveled to other states and continued discovering new communities before eventually returning to The Los Altos Town Crier as an education reporter.

Local journalist Zoe Morgan has been hungry for answers ever since she could ask questions — a trait that would prepare her to conduct the in-depth journalistic investigations integral to her career.

“As a child, my favorite word was ‘why,’” Morgan said. “I was absolutely convinced I wanted to be a journalist from a weirdly young age.”

Most people struggle with finding their true calling even in adulthood, but Morgan was already dissecting the job description of her future career by fourth grade, excited to inform the public of important news and events.

Morgan rushed to actualize her goal as soon as the opportunity presented itself. As a middle school student, she rushed to join Blach Junior High School’s student newspaper, The Falcon’s Quill, anticipating the day she would be able to write for The Talon. But before she joined, she signed up as an intern for the Los Altos Town Crier the summer before 9th grade and fell in love with her position during her five years on staff.

A year later, Morgan made it into The Talon as a sophomore and continued working within the class until she graduated, becoming Editor-in-Chief her senior year. The Talon was Morgan’s first real expedition into truly local news, since she says school newspapers are about as local as you can get.

She immersed herself in niche issues, like the sex-ed curriculum, the difference between online and in-person health classes and grade alignment policy. In fact, Morgan was such an expert on alignment policy that her editor made her an “I Love Alignment” T-shirt, which she still has to this day.

The hands-on experience Morgan received as a member of The Talon was in part thanks to her teacher, Talon adviser Michael Moul.

“He encouraged us to honestly take on the task of being a student paper, and I think that’s so important,” Morgan said. “It made me [care about] local news, right? He made me take it seriously. It was a real, important thing.”

After high school, Morgan followed her passion to Washington D.C. where she pursued a dual major in public affairs and journalism with a minor in data science at American University. There, she interned at a small newspaper called The Current Newspapers, reporting on hyper-local news that many simply glance over in their Sunday paper, not the kind of large-scale political news one would expect to report on in Washington.

“D.C. is a big city, but I was reporting on neighborhood commission meetings like how big the bike lanes should be and what kind of striping is appropriate on the crosswalks,” Morgan said.

After spending a year working for a local newspaper in rural Oregon after graduation, Morgan moved back to her hometown of Los Altos — after her extensive high school reporting with the Town Crier and The Talon, she knew the town like the back of her hand.

Even though it may seem boring, covering local news is a never-ending challenge. In Morgan’s eyes, one can never know enough about a town, as there are constantly new stories waiting to be uncovered and shared.

“I love being able to get knee-deep into all the details of a town,” Morgan said. “Every day I get to learn about something different. Some people might say, ‘Well, that sounds just endless.’ But that’s kind of the enjoyment of it all.”