Read about two different takes on why girls sports events often have a lower turnout than their male counterparts.

Give the same sport the same respect and resources

When you walk into a boys sports game, like basketball, it’s exciting, it’s loud. The stands are full of students, parents and teachers and the crowd is brimming with energy and spirit. But when entering a girls game of the same sport, it usually feels different. Most of the attendees are parents, and there aren’t many students there, if any.

First, think about something: How often do you see boys sports games promoted, either on a poster at school or on social media? Pretty frequently (at least when we were still in school), right? But you can’t say the same for girls. Honestly, you’re lucky if you’ve seen even one. The Los Altos Blue Crew Instagram, @lahsbluecrew, rarely promotes girls sports.

What’s more is that cheer and dance only perform at football and boys basketball games. The cheerleading and dance team’s halftime performances are exciting and great ways to raise school spirit, especially at home games. The girls games lack this enthusiasm, which is disheartening for not only the crowd, but for the team.

Girls teams don’t get these resources or enough publicity because there is a preconceived notion in organizations like Blue Crew that promote school sports: people don’t want to attend the girls games and putting resources towards them would be a waste.

I just have to ask, why? In my experience, watching girls games is just as engaging and dynamic. The only downfall is the lack of music and yelling from the crowd, but with higher attendance, that’s a problem easily solved. With more people there, game organizers will have an actual reason to play music, have more engaging commentary on the game and have a fun halftime show.

Many people come to school sports games to hang out with their friends and have a fun night out, not because they’re overly interested in the gameplay. So with higher attendance and more school spirit surrounding the games, the energy that often comes with boys games can easily be matched.

Another reason attendance can be low is the timing of games. The girls basketball rival game against Mountain View was at 4p.m. on Saturday, January 11, while the boys counterpart of that game was at 7:45p.m. on Friday, January 3.

It’s clear which game will likely get higher attendance. People aren’t as compelled to go to games in the late afternoon, not only because they’re more likely to be busy at that time, but because they don’t get the same late night buzz and exciting energy.

It’s a trend across all sports: girls usually go earlier in the day, when people are still in school or otherwise busy, and boys get the optimal time for people to attend, in the evening. Boys sports get the themes, the publicity and the attention.

While some may argue that higher attendance should come first, and that the spirit and publicity will follow, that just isn’t realistic. People won’t go to a game if they know it isn’t going to be exciting, especially if they don’t know the sport well.

That’s why it’s important for school administration to allocate more funding and advertising towards girls sports. If people start seeing girls games promoted on their Instagram, and see fun themes promoted for them to dress up as, the attendance and school spirit at games will follow. 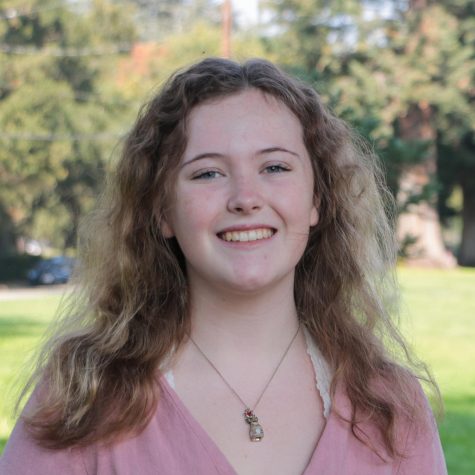 Why do so many people worship Lebron James but don’t know the name Diana Taurasi? They are both arguably the top players in the (W)NBA, so common sense would tell us they should receive equal recognition. But before immediately jumping the gun in assuming that it’s all just because of sexism in sports, I would like to take it back to high school basketball; where this imbalance begins. High school is the turning point where basketball blatantly becomes two different sports for boys and girls.

During the beginning of the basketball season, when I heard complaints that girls games are bland and not worth watching, I automatically defended the girls team. The boys rivalry game against Mountain View and many others were on a Friday night, and their games were created to be more of a social event than anything. The first five stories that popped up on my instagram whenever I checked my phone were all advertising the rivalry game. Because everyone already knew the turnout would be huge, there was a five dollar entrance fee in addition to a “blue out” theme to unite the student body and promote spirit.

On the flip side, I didn’t even know the girls rivalry game was happening at the unfortunate time of 4:30 p.m. on a Saturday until the day before, when my editor nagged me about checking their schedule. Even I, whose job it is to go to the games, didn’t know it was happening because of the lack of advertisement on social media and announcements during brunch activities. There was no theme, no music and no entrance fee.

Blue crew is in charge of making the advertisements that players post on their social media. It’s completely absurd that they boost attendance for the boys rivalry game that much, but barely acknowledge the girls. Some would view it as a “chicken and the egg” scenario: nobody goes, because it isn’t advertised and it isn’t advertised because nobody goes. But inconvenient game times and low advertisement might just be excuses to cover up the real reason for lack of support and interest in girls basketball; and for many girls team sports in general.

Boys team sports are more exciting simply due to their natural physiology. In nearly any athletic competition, who would win: an elite female athlete, or her twin brother who had the exact same training but has many natural advantages including testosterone, height and aggression.

It is even easier to see this in a sport which I participate competitively in: gymnastics. The only event that both female and male gymnasts participate in that has an even playing field is the floor. I remember watching the 2016 summer Olympics on the TV and thinking, why can men do triple backflips but women can’t? Maybe the men just work harder. But making that assumption was unfair after looking into it deeper, and it is actually never an even playing field when comparing athletes of different genders. In fact, women actually have to work even harder than men to do a fraction of what they can do. And it’s all just the way the body is built and where the center of gravity is. And this goes for sports across the board, not just gymnastics and basketball.

If that’s not enough, yet another aspect of boys basketball that contributes to their higher popularity comes from their willingness not to think as strategically.

When watching the girls team during games, it seems to be so much more of a mental battle than physical. They’re about making the perfect pass and being in the exactly right position to make the shot. This often means that the players will pause to scan the court and go through several options in their head before making a decision about their next move.

In contrast, the boys games are quite spontaneous. I even found it hard to keep my eyes on the ball because it moved so quickly across the court. The boys don’t second guess their movements, they just go for it. Even if going for an open shot might result in getting knocked over or hurt, their risky adolescent brains don’t really care. Though these risks sometimes result in errors and turnovers, the crowd doesn’t really care; it adds drama that people just can’t resist. Plus, their athletic advantage usually covers up minor errors that the girls can’t mask as easily, so it just ends up in a faster-paced more entertaining game to watch.

I’m not trying to tell girls to give up and stop playing basketball just because they won’t be able to play in the same way as their counterpart. I’m telling viewers to stop going into a girls basketball game expecting it to be like a boys game. People need to appreciate both games for how they are, rather than comparing them and saying one is better than the other. A fast-moving battle, or a strategic game. You choose. 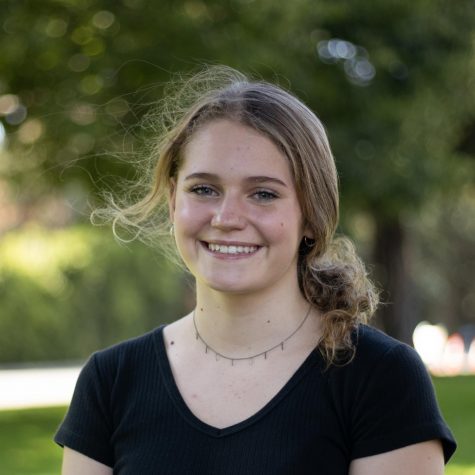