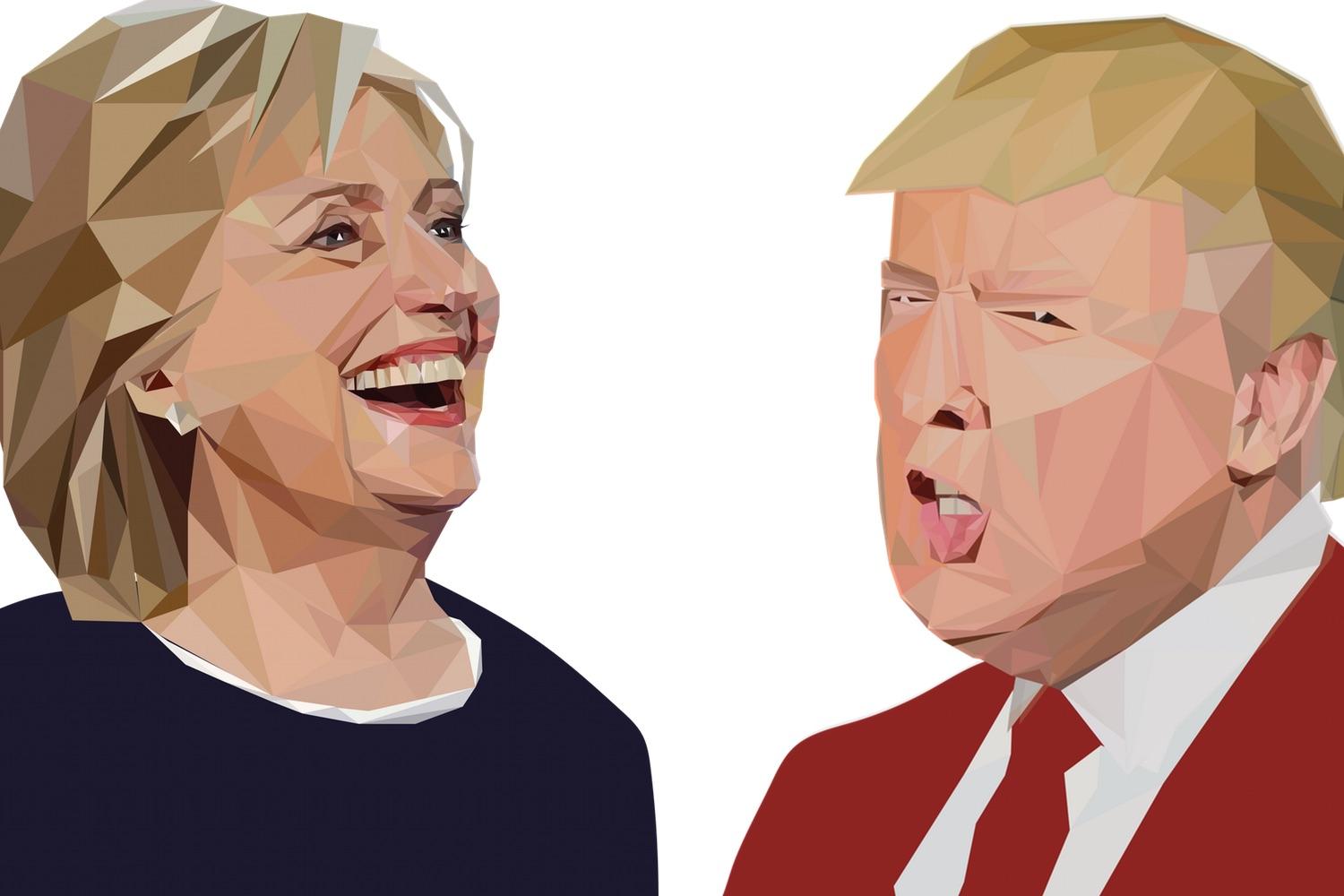 ‘Trump’ed Up Claims? Crooked Lies? Media Portrayal of the 2016 Election

This year, the Democratic party made history by being the first major party to nominate a woman, former Secretary of State Hillary Clinton. On the other side of the playing field, the Republicans have a novelty of their own in outspoken, polarizing billionaire and TV personality Donald Trump. The two candidates have defied convention from nearly every conceivable angle.

What’s more, Clinton and Trump are two of the most unpopular candidates ever. The Huffington Post calculates that 61 percent of voters have an unfavorable perception of Trump, with Clinton not far behind at 54 percent.

The unconventional candidates and campaigning have forced the media to conform to the explosive unpredictability that is fast becoming normal in order to maintain relevance.

This year’s election has been different. It has defied tradition and rewritten the rules in such a way that is sure to affect future elections for years to come.

But when voters line up at the polls on November 8, there remains one unchanging truth: however they choose to vote, their decisions will have been significantly influenced by media coverage of the election. In this spread, The Talon seeks to shed light on some of the ways that the press has illuminated, distorted and affected the events of the presidential race.

Trump and the Press

Donald Trump’s unconventional attacks on private figures and journalists abandon the traditional norms of interaction between candidates and the media. This poses new challenges for journalists who want to remain neutral while defending their reputation when it comes under attack.

Trump’s inflammatory behavior was on display in August 2015 when Fox News journalist Megyn Kelly moderated the first Republican primary debate. In response to a question challenging his attitudes toward women, Trump began to denounce Kelly over social media, tweeting his contempt for the well-known journalist by referring to her as a “bimbo” and “unprofessional.”

Tensions rose, and Kelly spoke disdainfully about the candidate’s tendency to avoid tough questions. She also chided her colleague, Sean Hannity, for treating Trump too lightly.

“Donald Trump… will go on [Hannity‘s show]… and will not venture out to the unsafe spaces these days,” Kelly said on her show, “The Kelly File.”

As a journalist, Kelly is obligated to strive for impartiality, yet her relationship with Trump has necessarily been anything but. Kelly isn’t the only reporter that has struggled with how to cover Trump — Trump has repeatedly alleged on Twitter and at rallies that the media is biased against him, which puts news sources in a difficult position by making neutral coverage difficult.

“If the disgusting and corrupt media covered me honestly and didn’t put false meaning into the words I say, I would be beating Hillary by 20%,” Trump said in a tweet.

By making the media itself a target for attack and thus defying the usual bounds of acceptable interactions, Trump has challenged journalists to rethink how they interact with candidates and remain unbiased while covering their campaigns. For the moment, Kelly has apparently chosen to ignore the feud and cover Trump like any other candidate. Whether other journalists will follow suit remains to be seen.

Upon realizing that the 2016 presidential election would be between former Secretary of State Hillary Clinton and celebrity business mogul Donald Trump, the media began spinning headline after headline on the imminent unpopularity contest. “Trump vs. Clinton poised to be the battle of most disliked nominees in decades,” ABC News declared. Though both candidates have received their fair share of negative coverage, Clinton’s gender has warranted a different brand of criticism.

However, Clinton’s political image has had a significantly more dynamic history. In 2012, Nate Silver, a columnist for the New York Times and founder of FiveThirtyEight, noted that when Clinton took an active role in public policy as first lady, voiced interest in running for Senate and ran for president in 2008, her favorability ratings declined rapidly.

Once she withdrew from the presidential race and became President Barack Obama’s Secretary of State, Clinton’s favorability ratings climbed to 50 percent and rose steadily; when she left her position with a 69 percent favorable rating, she was the second most popular secretary of state since 1948.

Dramatic fluctuations in approval ratings can be attributed to the natural criticism and scrutiny that arise during a campaign, but the traditional gender roles and biases Clinton faces as a woman in politics have significant impact.

In a study from Harvard’s Kennedy school, researchers found that power-seeking female politicians were seen as unsupportive and uncaring, tending to evoke “emotional reactions of contempt and disgust” from voters. This is an all too familiar narrative for Clinton, but there isn’t any such backlash towards men seeking positions of power.

Clinton’s gender has warranted distracting criticism on anything but her actual qualifications and political views. In the presidential election of 2008, ABC’s Charles Gibson asked Clinton, “Would you be [a presidential candidate] were it not for your husband?” MSNBC host Tucker Carlson asked, “Could you actually live in this country for eight years having to listen to her voice?”

In the 2016 election, little has changed. Numerous pundits targeted Clinton for how she celebrated her victory in the Iowa Caucus, with Fox News reporter Sean Hannity claiming her tone was “angry, bitter screaming.” Democratic primary candidate Bernie Sanders was considered the epitome of passion and defiance when shouting, whereas Clinton was regarded as shrill.

Before the first presidential debate on September 26, news pundits gave Clinton (unsolicited) advice that it was absolutely necessary to smile and not be too loud or cough, all the while not being too perfect lest she be deemed “robotic.”

Clinton has been forced to accept constant criticism as a female presidential candidate. Gender bias within mainstream media has become an all too familiar presence in this election. Due to the media’s preeminent role in politics, we must be careful to not succumb to the excesses of coverage on Clinton, while not neglecting rational judgements and criticism.

One would hope that young people recognize this as hyperbole. Either way, young people are increasingly utilizing social media as a source of news and to communicate their political opinions. According to a survey conducted by the Pew Research Center, 35 percent of young voters use social media as their main source of information on the election, while older voters rely mainly on TV and news sites.

The shift from traditional print and web media to more interactive news sources can create echo chambers as modern social media sites provide users with more opportunities to interact with each other and share content. The study “Echo Chambers on Facebook” by researchers Walter Quattrociocchi, Antonio Scala and Cass Sunstein found that people belonging to different “communities” on Facebook rarely interact. People only share information they agree with, deliberately seeking out information that supports their views.

Not only do young people consume media differently, they’re also becoming more liberal. According to statistics by Gallup, young voters tend to identify more as Democrats, while voters over the age of 69 identify as mostly Republican. Thus, for Democratic politicians especially, the question of how to connect with young people has become paramount.

According to a Genforward poll, Clinton has garnered only tepid support from young voters. This trend has been reflected in memes such as “Bernie or Hillary,” which portray her as an out-of-touch drone juxtaposed with Sanders’ common-man relatability. In an effort to connect with younger generations, Clinton has sought to bolster her standing through increased social media presence and celebrity engagements.

The pull of the internet on political discourse isn’t going away, and the only question remaining is how the media — and the candidates themselves — will choose to adapt.”

Donald Trump, on the other hand, has used social media to aggressively promote his message from the start, even going so far as to retweet memes of himself that he finds amusing or agrees with. His Twitter and Facebook pages have become critical platforms to channel his supporters’ enthusiasm.

Although Trump’s antics garner significant media attention, they often backfire on his campaign. His social media use has increasingly brought him under fire, leading to a question in the second presidential debate about his late-night tweeting. No topic is too controversial for Trump — he tweets his unfiltered views on everything from global warming to ISIS. He even periodically exposes himself to criticism by passing on messages from white nationalists or other fringe accounts.

While it’s hard to say whether social media has a significant impact on the outcome of the election, it has become firmly entrenched in almost every discussion. It is no longer possible to talk about politics without mentioning what the candidates have posted on their various Twitter and Facebook accounts, discussing the latest social media scandal or tracking which issues are trending. The pull of the internet on political discourse isn’t going away, and the only question remaining is how the media — and the candidates themselves — will choose to adapt.

Predicting the election has long been a key aspect of election season — statisticians and political scientists alike seem to pull out their calculators and computers in unison and begin madly punching numbers for the public to consume. This year’s candidates are fairly unique, but for one of the most common prediction models, the candidates’ personal characteristics do not matter at all.

For these so-called “fundamentals-based” models, the only factors in consideration are economic growth and the current president’s popularity and party. Given those conditions, the model assumes that which specific candidate is running for each party doesn’t matter. Some claim this makes it possible to predict the outcome of an election well in advance.

While this does sound nice in theory, different organizations have had mixed results when applying this model. For instance, the Los Angeles Times found that Donald Trump was slightly more likely to win based purely on the fundamentals. On the other hand, FiveThirtyEight calculated that the fundamentals are tied or favor Hillary Clinton.

There is something, however, that this model does not take into account: Trump and Clinton are far from your typical candidates.

Trump’s strong views on immigration, trade and refugees as well as his aggressive personal style have made him one of the most polarizing modern politicians. His distinct personality makes it difficult for political analysts to make solid predictions on how the election might play out.

Clinton is a far more conventional candidate and has had more success with traditional Democratic voter blocs, but her current low favorability ratings make it hard to tell how many voters will turn out on her behalf.

The fundamentals-based models are ambiguous for this election, but the current polls disagree with these findings. As of October 12, Clinton had an 86.9 percent chance of winning based on polls alone, according to FiveThirtyEight. While poll numbers are not a guaranteed way of predicting the outcome of the election, they do offer some insight as to the public opinion on the candidates.

Analysts utilizing a variety of prediction models agree that this is one of the most volatile and unpredictable elections in recent political history. Both candidates are dogged by uncertainty thanks to very high percentages of undecided and third-party voters who are expected to make a decision before Election Day.

The United States is standing at a fork in the road, with two starkly different paths to choose between. On November 8, we will finally have to decide between the two, and the outcome might not be what anyone has predicted. 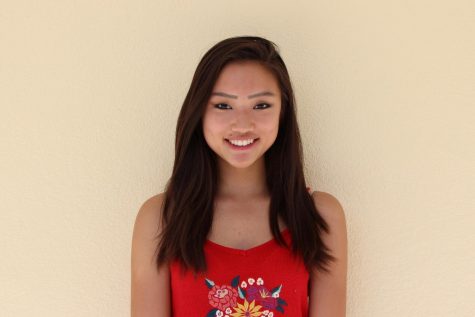 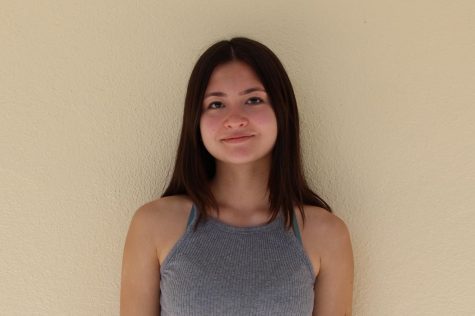