In a country where political dissent has become the norm, it’s rare for a protest to capture the public’s attention for more than a split second. However, through blood and violence, the Charlottesville rally did. The counter-protest was seen as a moment of unity and bravery, and in the few weeks since, counter-protests have become a regular occurrence at “alt-right” protests nationwide. People standing up for justice is incredibly important, but is yelling curses and throwing punches the best way to get the liberal message heard?

Counter-protesting was once an effective way to fight hateful causes — peaceful and united, counter-protesters stoically opposed violence. The image of one side raging and the other serene made it clearer in the public’s eyes who was on the right side of justice.

But black and white situations like this rarely exist anymore.

Today, it seems nearly impossible to keep a cool head when so many people’s lives seem to depend on opposing white supremacists. When faced with torch carriers and confederate flag wavers, human instincts kick in and all chances of a peaceful counter-protest can seem lost. Counter-protests that turn violent not only defeat their intended purpose but they also give white supremacists ammunition to continue their crusade.

Public organizations have taken a stance on the issue — some ask counter-protesters to stay far away from rallies, others say it is critical to be there and show your opposition. The Anti-Defamation League firmly stated that people should not engage with protesters under any circumstances after armed protesters surrounded a synagogue in Virginia.

When people do engage with protesters, the demonstrations often turn ugly, as shown by the rally in Berkeley in August. The rally was originally a counter-protest against an “anti-Marxist” march, but this march was cancelled due to safety concerns. Counter-protesters then made the rally into a protest of their own, peacefully standing up against the “alt-right.” But when leftist group Antifa arrived, the rally turned chaotic. The group, known for its violent tactics, created such a commotion at the Berkeley rally that police had to escort white supremacists to their cars in fear of their safety.

In cases like this, white supremacists are given the chance to play the victim and garner sympathy. When counter-protesters are viewed as violent intruders, they lose their purpose and give white supremacists the attention they need.

White supremacists are also given a platform to spread their message when their opposition counter-protests in droves and attracts the media. Though the media doesn’t agree with white supremacists, when reporters interview them or show footage of the protests, they give them the ability to get their message heard, spread their hate countrywide and expand their ranks.

Though getting right in the face of white supremacists might feel like the clearest way to make your voice heard, there are more productive methods to get your message across. When a German town became the unwilling host of a yearly Neo-Nazi march, the residents turned the march into something positive, pledging to donate 10 euros to an anti-extremist group for every step marchers took. They spun useless hate into something productive and peaceful, something we all must strive to do.

If a white supremacist rally is planned, host a different, peaceful protest across town instead of directly protesting their views. Have your protest celebrate unity, tolerance and diversity. Instead of simply denouncing the way white supremacists act, set an example for others to follow. The best way to get your message heard is to be calm, composed and nonviolent — everything the “alt-right” is not. 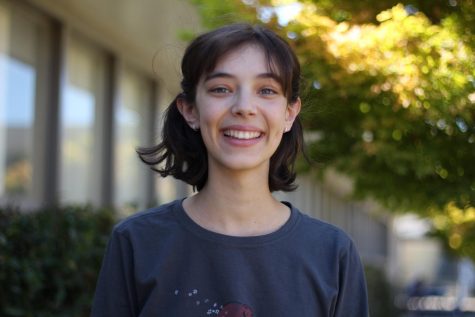