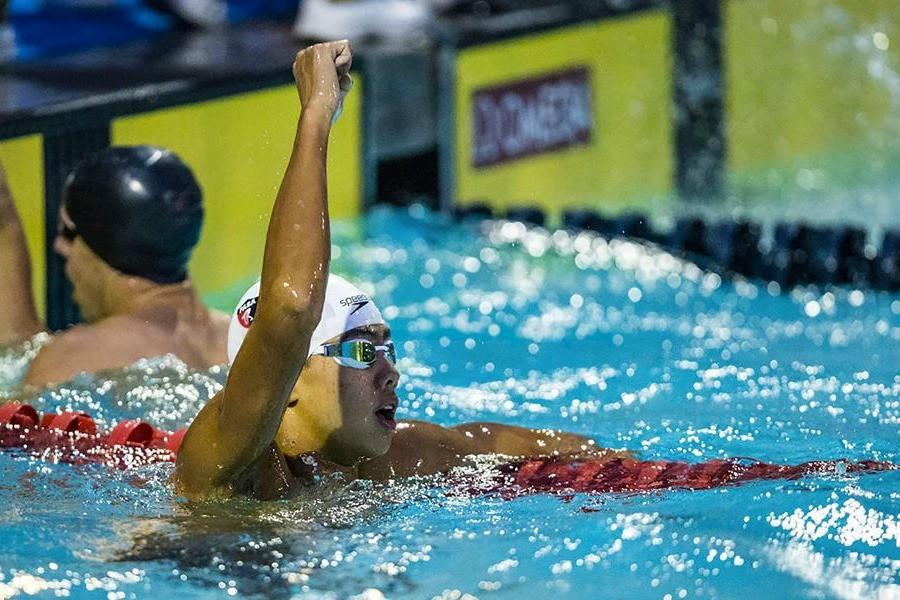 Senior Albert Gwo celebrates after a race. Over the summer, he captured two state championships, in the 50 and 100 yard sprints. Photo courtesy Albert Gwo.

Known affectionately as “Big Al” to his friends and English teacher Michael Smith, senior Albert Gwo carved his name into school history this May by winning the 50 and 100 yard sprints at the California Interscholastic Federation state swimming and diving championships with times of 19.90 and 44.60 seconds, respectively.

“I told myself the whole season,” Albert said. “I had done everything that I could to prepare myself for this moment, and if things didn’t go as planned, then there was nothing else I could change.”

Finishing first in the 50 yard event was just the icing on top of breaking the 20-second barrier, which had been a season-long goal.

“It was my last chance the whole season to race in a 50 yards course so I wanted to make a lasting mark,” Albert, who will be swimming with the California Golden Bears’ men’s swimming team next season, said. “I honed in on my lane, my block, [the] water and let myself feel the world around me.”

Armed with a season’s worth of training, Albert also had what he calls a “special feeling” in the moments before both races.

“I can’t really put it into words except that I feel ‘crispy’ in the water,” he said. “Luckily, I had that spectacular feeling behind the blocks for both the 50 and the 100, which definitely boosted my confidence.”