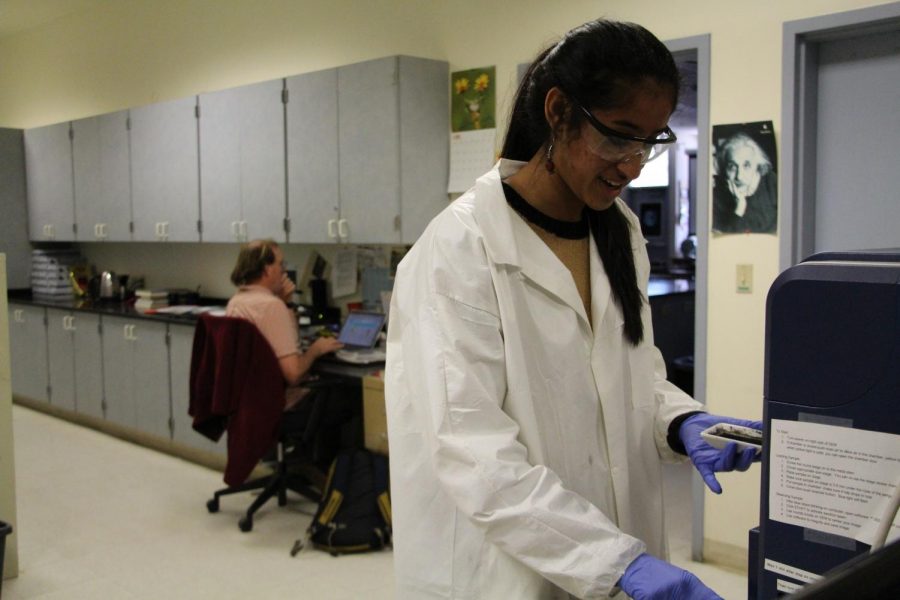 During senior Samira Sriram’s research over the past summer at UCSC, she worked to increase the efficiency of photoelectrochemical cells through growing nanostructures on the surface of a semiconductor. Through this internship, she took her interest in energy efficiency and having a real-world impact into her ASI project.

To remedy this issue, Samira created an additive to change the chemical reaction within the battery in the hopes of preventing buildup. In the next month, she plans to test the efficacy of her additive — another part of the scientific research process she enjoys.

“You’re exploring new territory, which is cool,” Samira said. “You have previous research which you can base things off of, but now you have to go explore new frontiers.”

In the beginning stages of figuring out her project, Samira ran into issues other ASI students face. Initially, she wanted to grow nanostructures to remedy the issue of buildup like in her internship, but the research and resources necessary to accomplish her ideal project were beyond both her timeframe and monetary budget. She already had the skills to create the less costly additive, and she was able to learn more through her additive project rather than outsourcing the majority of the research necessary for growing nanostructures.

Samira’s project, “Exploring the synergistic effect of La(NO3)3 with a pyrrolidinum-based ionic liquid electrolyte: Optimizing the SEI layer for long-term cycling of a lithium-sulfur battery” won four special awards in addition to her honorable mention in the Physical Science and Engineering Category, qualifying her for the California State Fair.

Samira hopes to complete more of her research before the fair, putting together her battery and running tests. In the future, she hopes to travel around the world, working to increase the efficacy of energy storage systems in places with limited energy sources.