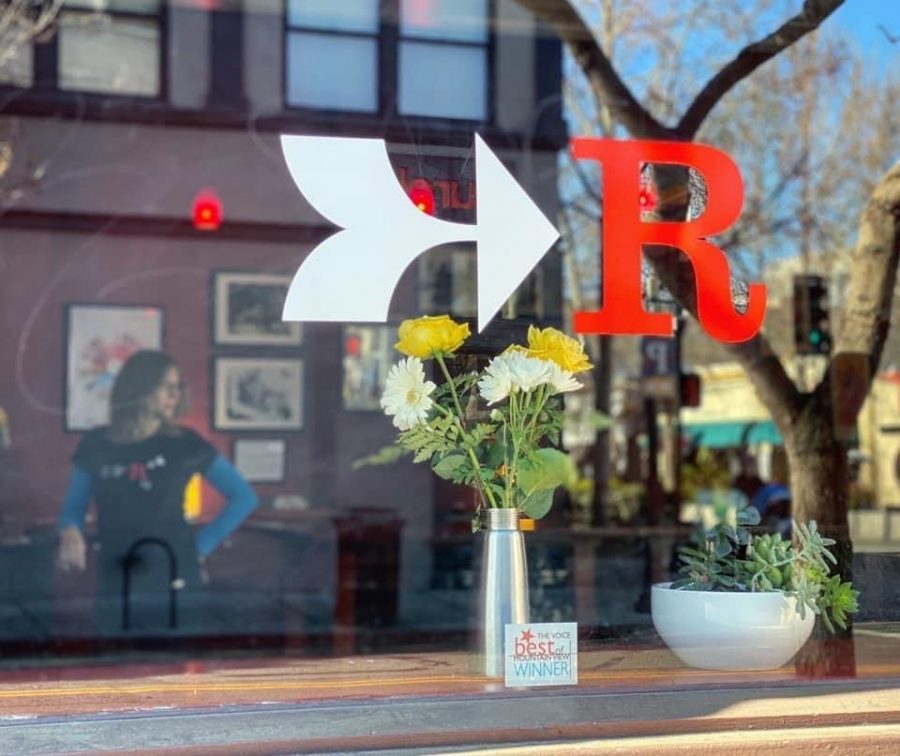 Red Rock Coffee in Downtown Mountain View (pictured above) has been a place for numerous Silicon Valley patrons to grab a dark roast and enjoy community held events for 15 years. Nearly having to close their business, Red Rock Coffee continues to bring smiles to the faces of aspiring musicians, knitters, bikers and anyone else who finds a home between its red walls.

Silicon Valley is often criticized for being a tense area, full of stressful business deals and intense academics, but within it, Red Rock Coffee in Downtown Mountain View stands out as a place for everyone to relax and have a good time.

While Red Rock houses coffee nerds and business meetings most days, what makes it special is that it is home to a variety of different clubs and events: it has an Open Mic Night, a knitting club, a gentle biker gang and a coffee-tasting class. Events like these make Red Rock such a wholesome experience, the reason it was purchased by the Highway Community to begin with.

The Highway Community is a denomination-less Mountain View-based church with a passion for truth, authenticity, community and hope. That’s why Red Rock also donates some of its profits to causes the staff care about — most recently, New Creation Home in Palo Alto, an organization dedicated to helping at-risk young mothers become financially independent.

“People want to be connected to something — to someone,” General Manager Jean Boulanger said. “We provide that in lots of ways. We know our regulars, we welcome newcomers to the area, we offer a place to simply be and hang out.”

Red Rock fosters an abundance of communities, from the teenagers who hang out with their friends to the startups writing code in hopes of making the next big thing. The atmosphere is meant to be friendly and safe, and its red walls encourage many to find their place there.

But, as can be expected, Red Rock has suffered from revenue losses since quarantine began and have had to cut down their regular staff. At one point, it was reaching only 20 percent of its earlier sales, but has bounced back since then.

While profits recover, though, many of the events that made Red Rock a local hub cannot be replicated online. One example is the Bootstrappers’ Breakfast. Prior to quarantine, entrepreneurs of all ages would pile into the second story meeting space to share their ideas over coffee; in the past months, though, they haven’t met, even over Zoom. However, some of their groups have met online, including a local ensemble of musicians and artists that gather for their virtual biweekly Open Mic Night.

Despite all these financial setbacks, Red Rock has hit a stroke of luck: fellow Highway Community member Chrissy Mata set up a GoFundMe to help keep the business alive, raising around $94,000.

“She loves Red Rock for lots of reasons — the staff, the events, a good place to work and meet people,” Boulanger said. “Mostly she loves the connections that happen here, how people become known in a sometimes lonely place.”

Christy isn’t alone in her love of Red Rock. Boulanger noted how when Red Rock was struggling, many offered up their hours to their fellow employees who needed the shift more. Among those who love Red Rock are the WhatsApp founders, Jan Koum and Brian Acton.

“Startups feel it’s good luck to work here,” Boulanger said. “Tour buses make stops here to give visitors the chance to see, ‘where WhatsApp was coded.’ So it’s a big deal to some. Frankly, the founders are just nice guys who are funny and polite and nice to have around.”

One of the biggest attractions at Red Rock is its Open Mic Night, where musicians, poets, comedians and illusionists gather for a sense of community and a chance to perform.

“Highway is a very music and media-centered church and I believe it was an outgrowth of that,” Boulanger commented. “Musicians and artists were and are on staff, and they recognized that it would be a powerful way to help people be known, to share their music, their words, their art. I think musicians want to encourage each other, and this is the perfect venue for that.”

Red Rock also hosts a Youth Open Mic Night, which has allowed many Mountain View-Los Altos District students a place to express themselves and have a great time.

“The people there really helped me feel comfortable to perform there, and it really improved my performance skills and confidence,” sophomore Rose Shortland, who performed at the Open Mic Night with her bandmates, said. “My favorite memories are at Red Rock. It just has the best vibes. I don’t know how to explain it.”

Red Rock, from the very beginning, has been a place centered on fostering community — a difficult thing to grasp during quarantine. Despite how difficult times have seemed, Red Rock has provided virtual spaces, and will hopefully be inviting customers, returning and new, through its doors for a dark roast for years to come. 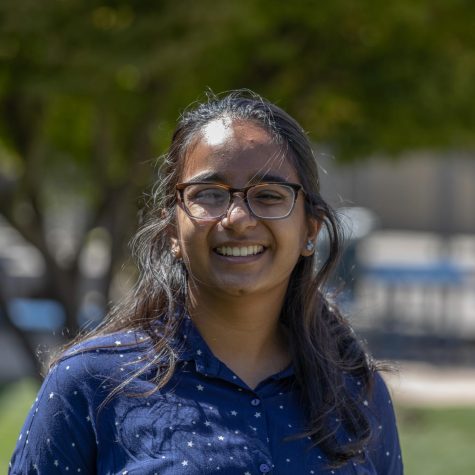