Writers Rachel Lu and Isabella Borkovic express their views on the culture of political correctness.

One day in Chemistry class, my teacher made us split up into groups of four and study how we get the information on a nutrition label. While scrolling through a page, one of my partners stumbled on a warning: “Discussing the energy content of food can lead to discussion of body mass and weight loss which is a sensitive area for many students.” At the time, we laughed at how ridiculous the warning was. It was just a lab about energy and calorimetry, what did body image have to do with anything?

But political correctness has been misapplied and taken to the extreme.

In today’s PC culture, people are offended by other people’s words and immediately label them as prejudiced or disrespectful. And when people blow political correctness out of proportion, a poor choice of words or a tasteless remark or joke can have disastrous effects.

Take Lindsey Stone, a former employee of Living Independently Forever (Life). In October 2012, she and her friend Jamie visited the  Arlington National Cemetery where Jamie took a photo of Lindsey in front of the Arlington “Silence and Respect” sign — Lindsey pretended to shout and showed her middle finger to the camera. Jamie posted the photo on Facebook and tagged Lindsey, and the two friends forgot about it until a few months later when the picture amassed thousands of views and hate comments in the span of just a few hours. The next day, Lindsey was fired from her job.

But Lindsey didn’t mean any disrespect toward the soldiers that had died at Arlington. She and Jamie had a recurring joke about making fun of signs — for example, taking photos of themselves smoking cigarettes in front of a “No Smoking” sign.

Lindsey even posted a Facebook comment explaining that she meant no disrespect toward the deceased soldiers, but no one paid any attention to it. They immediately attacked her for the image without considering the intent behind her photo.

This behavior highlights one of the main problems of our current PC culture: people become so focused on whether something is offensive to them that they don’t pause to think about the intentions of the offender. People don’t consider if others just made a poor choice of words, if they simply didn’t understand that what they were saying could be considered offensive or if they were making an entirely different point, like Lindsey. Lindsey’s situation could have been avoided if the thousands of Facebook users that shared and commented on her photo had just questioned if Lindsey was trying to convey something other than disrespect toward the soldiers.

By causing people to immediately condemn others based on their words alone, political correctness shuts down conversations between people who make offensive comments and people who become offended over these comments. Without discussion, there’s no room for change. In this effect, PC has backfired.

The immediate labeling of people as racists or bigots has caused many to become frustrated with political correctness. Instead of seeing the error of their ways and changing their mindset toward others, those who are attacked for their words without being able to discuss their mistakes often do not become less prejudiced. Instead, it just causes a bigger pushback against PC culture, effectively undoing what PC strives to fix in today’s society.

Instead of how political correctness is being “enforced” today, people should turn away from shaming and labeling people and instead turn to having meaningful discussions about disagreements. A dialogue between people with different ideas will be much more effective in creating a world where all opinions are valued and prejudice is less widespread. It is only with discussions and conversations between people that we can truly correct political correctness.

My friend and I attended the same camp in the summer. She’s Filipina, her skin is significantly tanner than mine, her black hair is cut into a bob style with bangs, she wears glasses and has a completely different clothing style than mine. I’m Chinese, pale, with long, dark brown hair and no bangs or glasses. On the second day, the professor had already memorized everyone’s names. Correction. She had memorized everyone’s names except ours. She somehow managed to mix us up.

To many, this small mistake might seem trivial. But that’s the point. Her action was a microaggression. Microaggressions aren’t comments that necessarily intend harm, but they do, nevertheless. Mixing up two Asians while getting everyone else’s name correct is a subconscious generalization that all Asians look similar.  People who wonder why the comments can’t just be laughed off or ignored don’t see the bigger picture. It’s not just one comment. It’s the constant barrage that confirms harmful stereotypes.

Comments like “You’re so pretty for a dark-skinned girl,” “Why do you sound so white?” and “You don’t act like a normal black person” are derogatory, uplifting Caucasian people as the quintessential race. It’s easy for these comments to slip through our mouths without realizing the full extent of what they mean, but the impact is deep. Generalizing entire races with stereotypes strips individuals of personality and character.

Through microaggressions, we can see everyone’s internal prejudices unveiled because these comments and actions ultimately idealize one character.

Racism projects itself through many different forms like microaggressions, and they occur on a daily basis here at Los Altos. It extends even to the classroom, where enforcing stereotypes through microaggressions discourages students to take harder AP classes.

We can recognize differences and similarities without being racist about it. It begins with recognizing the prejudices within ourselves without brushing them off as slights. To ignore microaggressions is to normalize them, and normalizing microaggressions only strengthens racism. These daily comments affect the way we view the world and each other, and they’re overlooked way too often. 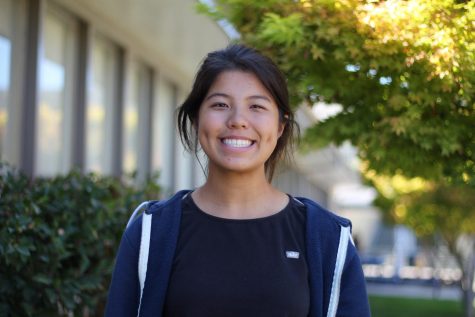