My aunt was shot by her husband when I was 9 years old. He shot her twice, once in the chest and once in the head, and then once in his own hand; he told the police he was shielding himself and my aunt from the intruders when they were shot.

Without, being aware of the truth, my grandma called to tell us what had happened. And through all the tears, wailing and the confusion of my brother who had just walked out of the shower, I was told that it was four robbers who had shot my aunt.

I cried that day, mainly because of the pain it brought to my mom. After the murder, my mom wore only black and white for an entire year to mourn the death of her only sister. This was the first time I experienced grief associated with death, but it was indirect grief from seeing my mom suffer.

Every few weeks, my grandma calls us to ask how my siblings and I are doing. After passing the phone around, it stops at my mother for quite a while. They talk about the case; she tells my mom one of my aunt’s coworkers saw her ghost all over the office; they discuss selling the family farm; usually the call is mostly about the lack of progression toward finding my aunt’s husband.

I watch my mom’s face during the calls. She always looks so solemn and I imagine I can see the wheels turning in her brain as she’s thinking everything over. She’s definitely listening and she asks a lot of questions, but she never talks about how she feels, like my grandma does.

Sometimes I ask myself why I haven’t talked to my parents more about my aunt’s death. And I think it’s because, watching my mom on the phone, I’ve come to a conclusion that the conversations with my grandma are enough for her to handle.

My mom seems to have accepted it but but it’s harder for me to do the same. The night it happened I turned off the lights and went to bed, and right before I closed my eyes, I saw that the curtains were pushed to one side and the silhouette of a tree was visible through the gap. I immediately wondered what dangers lay outside the window. Since that moment, not a day goes by without me readjusting those awful curtains. I know they’re only curtains and they can’t keep me from dying, but I still find myself fixing them every night.

My fear of the darkness began that day, and it has never gone away, though it’s better now. I fix the curtains so they cover up every inch of the window and shield me from the unknown, but I can’t handle the sight of shadows flashing by without thinking, “This is the end.”

And that’s where I am right now. I’m not really sad, not completely scared anymore, but it’s made me think about things a little differently. Every now and then I reflect back on her death, but only for a second. 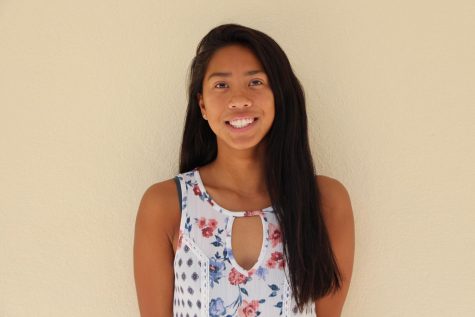