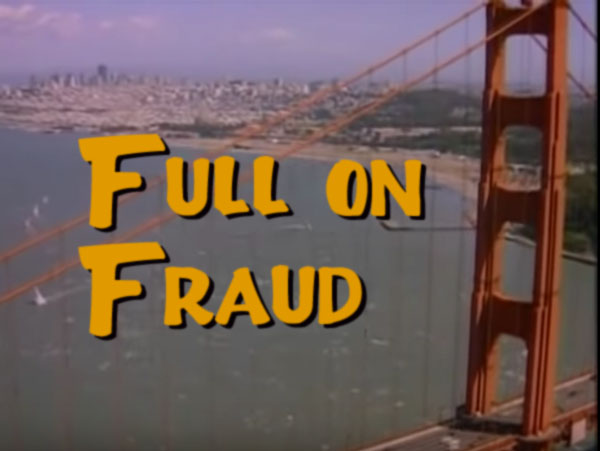 College admissions were never what they were supposed to be

Lori Loughlin, or as I remember her, Aunt Becky from “Full House,” paid half a million dollars for her daughter Olivia Jade to illegally get into USC because Olivia could not do it on her own. When the scandal broke, I was not at all surprised. Parents paying their child’s way into college is nothing new.

Institutions have accepted donations coinciding with student applications for years. Visit the website of any university, and you can donate as much as you want to their various funds. President Trump’s son-in-law and White House Senior Adviser Jared Kushner attended Harvard after his father, Charles. pledged $2.5 million to Harvard when Jared applied to the extremely selective university. Jared was accepted even though his academic merits were not up to the standards of Harvard. Whether they exert their influence illegally or legally, extremely wealthy people like Loughlin and Kushner have an advantage in the college admissions process.

College is supposed to be a meritocracy but no matter how hard institutions try and make that possible during the review and selection process, students are never all going to be on a level playing field. Outside of donations and bribes, wealthy families have access to resources not available to middle or lower income students, the most popular of which is private college counselors. Students at Los Altos and across the country hire expensive counselors to review their essays, prepare them for their standardized tests, and to choose extracurricular activities that will catch the eye of admissions officers. Private college counselors exist to essentially help guarantee students what cannot be guaranteed.

I do not fault students for seeking out the help of college counselors. There is a monumental pressure on students, whether it is applied consciously or not, to not only get into college, but to get into lots of colleges and name brand ones at that. Many of my friends had college counselors look over their essays and found them helpful. I supported my friends as they supported me as we all went through the application process, but I did not hire a college counselor. I also did not get into my dream school. Would a college counselor have made a difference? I am not sure, but would have thousands of dollars been worth answering that question?

In principle, college admissions should be about the students, their character, academic goals, and work ethic. However, it seems as if the admissions process has become less about the qualifications of individual applicants and more about who can best finesse a secretive and uncertain system.

Since Tuesday, March 12, the country has not stopped talking about “Operation Varsity Blues,” the scandal of 50 people—including 33 wealthy parents, some residing just minutes away from Los Altos—who spent up to $6.5 million to guarantee their children’s admission to elite universities by inflating entrance-exam scores and bribing college administrators, ACT/SAT proctors and college coaches.

One of the more famous families caught up in this scandal includes “Full House” and “90210” actress Lori Loughlin, her husband designer Mossimo Giannulli and her daughter and YouTube influencer Olivia Jade Giannulli, popularly known as Olivia Jade. Giannulli stated in an email that he wanted to “make sure we have a roadmap for success as it relates to [our daughter] and getting her into a school other than ASU [Arizona State University]!” This cheating scandal not only exposed the morals, or lack thereof, of a handful of wealthy parents across the United States, but more importantly revealed that, especially in wealthier families, the modern college admissions and search process involves the entire household. In the wealthy and competitive parts of the country, it’s no longer “I did it!” It’s “We did it!” “We got a 1570 on the SAT.” “We got into Yale.” This toxic process that absorbs the lives of almost every teenager in America and triggers helicopter parenting sends a constant message: “You’re just not good enough.”

Therefore, as high school kids in the hypercompetitive community known as Silicon Valley, we must ask ourselves what the motive is. We know the reality of student stress because we endure it, but what this scandal reveals is far beyond the struggle to get a high GPA and test score; this scandal reveals the stress of parents and therefore pressure imposed on their kids. Especially in the age of social media, parents cannot bear to post a picture to Facebook of their clearly “underachieving” kid who is attending a “meager” public school rather than their alma mater. For them to feel accomplished as parents, they need to get their kid into the best school. Olivia Jade’s target school was ASU, and there shouldn’t be anything wrong with that. There is a school for everyone and if ASU was right for her, then that is where she should have gone.

At the beginning of her freshman year at USC, Jade began to incorporate college into her personal brand. She was sponsored by Amazon Prime Student and was advertising herself as a normal kid who goes to tailgates and parties but isn’t super serious about school itself. However, she attends one of the top universities in the country, giving off an unrealistic image like in High School Musical when Troy Bolton was in the running for a scholarship he didn’t even apply for at Juilliard based on one and a half productions’ worth of singing experience.

Jade and the way she branded herself is a literal example of how thousands of high schoolers and their parents view themselves. The father of the student council president and captain of their debate team can’t wait to post a picture of their kid as a baby in a Yale onesie. However, the reality of that narrative is, their kid didn’t get into Yale. But they got into a number of great public and private schools. However, that doesn’t go with their brand of a triple legacy Bulldog. Like an Off–White belt or Gucci slippers, wearing the sweatshirt of these name-brand schools reflects that person’s image. And this idea is perpetuated by companies as well. In Olivia Jade’s case, would Amazon still have hired her if she attended ASU? Like Amazon’s partnership with Olivia Jade, parents rely on their high school kid to show that they raised a smart, hard-working kid. But what this scandal has revealed is the comical reality of the “hard work” their kids put into getting into college.

What was intended to be some parents using their wealth and connections to get their kid “on track” for their future has resulted in not only crime, but also a loss of integrity for both themselves and their kids who had an entire career and future ahead of them. Thus, so what if your kid’s reach school is ASU? And so what if your kid’s reach school is Harvard? As a society, we should not excuse these parents and claim that they were just trying to seek the best future for their kid and were merely misguided. The attitude exemplified here—that winning means everything—forms a hollowness of real character in our peers and children and praises a facade of a values system founded upon privilege and elitism.