No, you do not have an obligation to vote:

If you know me, you know I’m heavily involved in politics. You’ll see me wearing a Bernie Sanders shirt or ranting about political issues. Despite this, I don’t think people should feel obligated to vote. Shocking, right? In today’s political climate, you would think every politically active person should advocate for people to exercise their right to vote, but I don’t share that view.

People should vote for the candidate they feel has earned their vote and truly represents their values. If a voter feels none of the candidates meet that criteria, it’s their choice 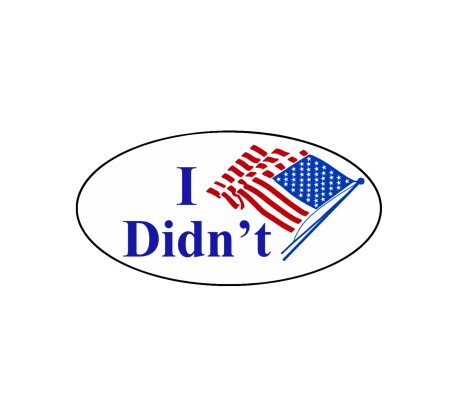 to abstain, and that’s a choice we should respect.

Without the choice of whether to vote and who to vote for, we give way to a toxic political system plagued by complacency. If the nominee of one of the main parties—Republican or Democrat—believes that everyone registered under their party is automatically going to vote for them, they get lazy.

This laziness within the two-party system has single-handedlyfueled the rise of people choosing not to vote, and this is the reason many people didn’t vote in 2016. The Democratic party took votes for granted and didn’t fight in the general election for the votes of Sanders supporters or swing states that supported Obama in the 2008 and 2012 elections.

It’s common sense that people don’t like to feel ignored, and that’s how many felt in 2016. The election sprouted a culture of vote-shaming, and many people were bashed for not going out to vote.

Now, I’m not advocating for political ignorance. I believe people need to be aware of the issues and how candidates plan to solve them. But if someone is informed of the options they have when voting, it should be left up to them.

So don’t shame people for not voting, please. It’s toxic and it will make people want to vote even less. It’s a valid choice, and sometimes the right choice.

Not voting is saying just as much as voting. By voting for a candidate, you’re saying you support them and what they stand for. Abstaining from voting says none of them grasped your attention, or fit your beliefs enough to earn your vote. In a world where politicians are prominent public figures, a large number of people not voting for them might be the only thing to make them realize their mistakes.

I’d even encourage people to go further. Write to your leaders, get out on the streets and protest, be proud of your choice. Make sure your elected officials know why you made the choice you did, don’t sit back and let them think they didn’t get votes for some other reason.

It’s even more important this election, because it’s clear that history is about to repeat itself. Despite the low voter turnout in 2016 making it abundantly clear that the people felt ignored, the Democratic party is going and making the same mistakes this election year.

Joe Biden, a likely contender for the Democratic nominee, is doing absolutely nothing to pull the Bernie Sanders voters who comprise a large portion of the voting pool in the general election—Sanders is a close second to Biden and has a strong base of support behind him.

If Biden doesn’t step it up by broadening his base and fighting for the states President Trump flipped Republican, he can kiss this election goodbye.

2020 is prime time for candidates to fight for each and every vote. This election season, don’t guilt people into voting, make them want to. And if people still don’t show up to vote, the candidates will get a much needed reminder that they could have done better.

Remember, your voice is valued—and you can use it how you want, so use it strategically, and use it well.