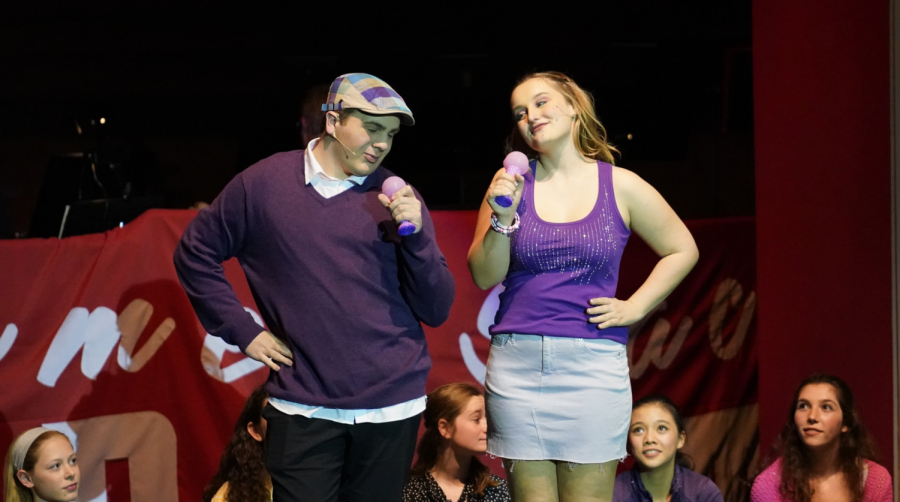 Out of the entire main cast of “High School Musical,” it’s safe to say senior Michael Tucker as Ryan Evans had the most absurd wardrobe, compared to his sister Sharpay’s lavish choice of fashion. He had a combination of eight hats, including a sparkly fedora, vests, button ups and a jockey covered in sequins. But still the costume designers had trouble finding some outfits.

Michael has had an extensive experience with theater just like some of his co-stars. And luckily, he’s learned a few things along the way that’s helped him succeed in the act.

“When I performed in my first show, ‘Charlotte’s Web,’ I hated it,” he said. “I was terrified of the auditions, the directors kept yelling at people, and I had practically no friends. But by the end of the production, I was begging my parents to sign me up for another play. You can never do something amazing if you don’t even try.”

Theater has taught Michael important lessons: to be adventurous and try new things, like having to wear uncanny costumes. But most importantly, that those working with you are some of the most amazing people you’ll ever meet.

“Theater is family to most people, you form incredible bonds with those that you perform with,” he said. “I know no other group of people that are so free and open about themselves. Anyone who has even the slightest urge to try out theater, do it. At worst, you don’t like it and you never do it again, but at best, you find an amazing new hobby and something that will influence the rest of your life.”