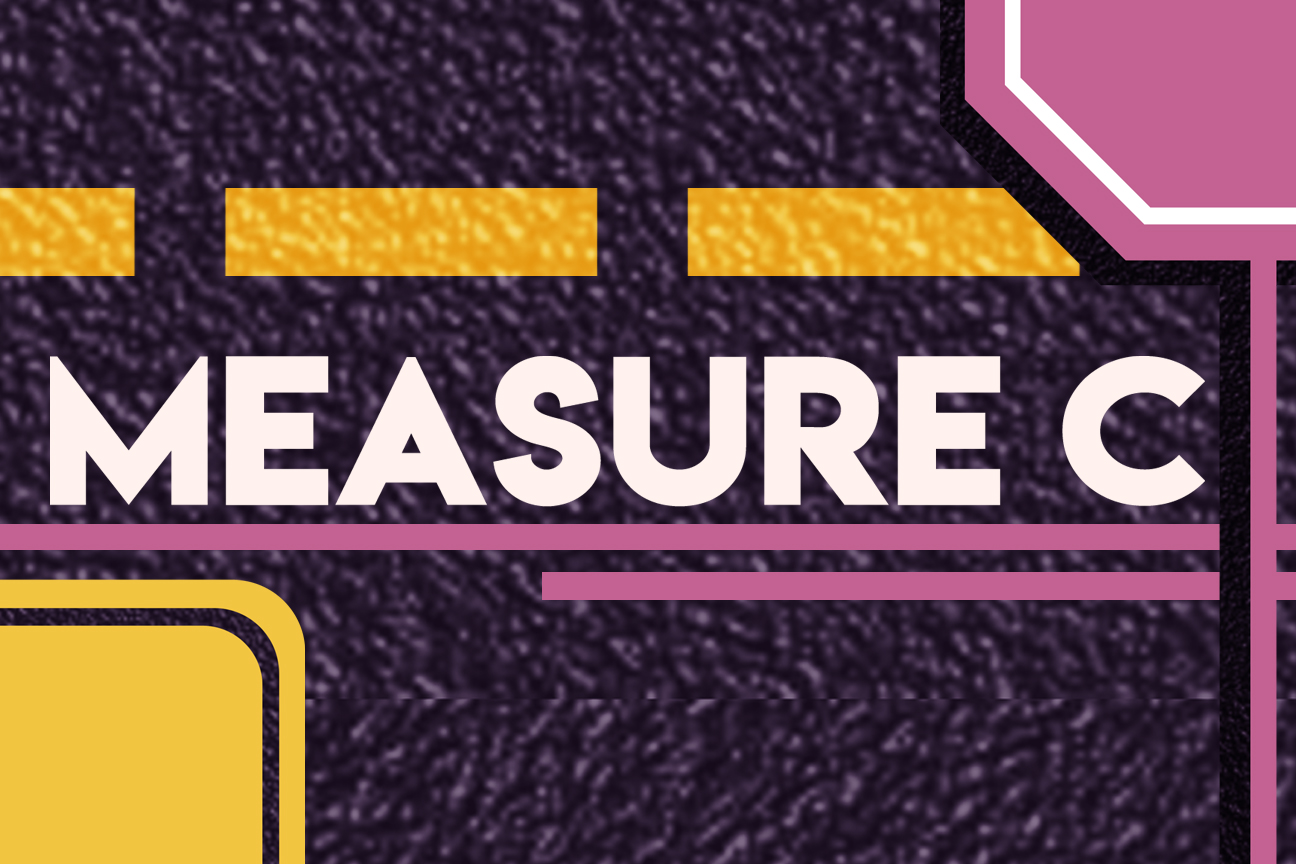 Measure C was created by residents in response to the Downtown Vision plan, which aims to develop downtown Los Altos in the direction of the community's needs. The purpose of the measure is to allow residents to voice their thoughts on the City Council's plans for development. Resident who support the measure want to preserve Los Altos's small-town character, while opponents feel that the measure is costly and unnecessary.

Yes on C: Supporters Weigh In

If you walk around your neighborhood, chances are you’ve seen signs saying: “Preserve Los Altos Character…Yes on C.” With City Council elections approaching, Measure C is one of the most heavily debated petitions on the ballot.

Measure C supporters maintain their quality of life and interests are tied to these lands. They believe residents should be able to approve the council members’ decisions to apply significant changes to public land.

Measure C was added to the ballot through a citizen petition led by Jim Jolly, a Los Altos Hills resident. He wants voter approval for the sale of plots of land to support commercial activities or to build new residences.

Some Los Altos residents say that developmental pressures have already begun threatening the public spaces of Los Altos. Tech giants like Facebook and Google have started to build housing for their expanding empires in Menlo Park and Mountain View, respectively.

“The pressure to just build more houses for more employees is intense and doesn’t seem to be diminishing,” Jolly said.

Residents in favor of Measure C believe that the City Council will likely make changes to their public spaces because of the modernization happening around Los Altos. These residents want to ensure the council makes the right decisions with their land, which they claim is already scarce compared to Mountain View and other cities.

The main issue that opponents have with Measure C is that it requires a public vote on every lease. However, advocates say the plan is not intended to cover anything other than a change aiming to privatize Los Altos’ land through sale and long-term lease. This means that a simple lease renewal isn’t covered.

Opponents also claim that Measure C is costly. Supporters, however, point out that none of the leased public lands in Los Altos would have required a public vote, even if Measure C was enacted ten years ago. They are mostly worried that with developmental pressures, the City Council will change public land without their approval.

The current concern among supporters of the initiative is the City Council’s plan to build a new parking lot in downtown Los Altos. Residents such as Chris Croudace, who has lived in Los Altos for 23 years, are against this.

He believes oversized buildings will cripple Los Altos’s primarily residential community. While some residents see the absence of street lights and sidewalks negatively, Croudace sees them as a way to emphasize the small-town feature of Los Altos. He likes that Los Altos does not have large businesses and industries and wants to preserve that aspect.

Former mayor Ron Packard has similar thoughts. Packard has opposed the Sorensen Project, a proposal to build a three-story office building on 40 Main Street, for years. In 2012, council members including Packard rejected the Sorensen design plan because the building would ruin the “village character” of Los Altos. Packard continues to argue for downtown preservation after his time on the Council, advocating for Measure C.

“The whole issue revolves around money,” an anonymous resident said. “People against the measure are developers who want to exploit Los Altos. That’s why you can see many signs against Measure C next to the bank and other establishments down San Antonio.”

Some residents don’t want to see all their public land used for development. Croudace uses the analogy selling houses to prove that Measure C is imperative.

He fears that just as the real estate agent would sell his house without him knowing and evict him, the failure of Measure C would do the same to residents by robbing them of their public property.

Overall, advocates aim to preserve the village character of Los Altos. Residents supporting Measure C claim they value the community that Los Altos has kept over the years and do not want to lose it to social and economic pressures.

“All we’re asking for is control over our public land,” Croudace said. “When you get rid of it, it’s gone forever.”

Why I Oppose Measure C:

As a teenager, I can claim this with great certainty—Downtown Los Altos is boring. Despite being only half a mile away from Main Street, my friends and I are much more likely to make the trek to Mountain View and take our pick of the lively restaurants lining Castro Street. Many of my peers feel the same way.

Younger residents already prefer other downtowns over our local one. Measure C would only make this problem worse by restricting the Downtown Visioning Plan, which was commissioned to increase downtown vibrancy.

Forcing a vote each time a private business wants to buy or lease public land, the implementation of Measure C would make these land transfers nearly impossible and stagnate the economic vitality of the town. Taking these transfers to a vote can take up to 2 years as the council must wait for an election year (or hold a wildly expensive special election) and secure the funds to take it to ballot. This significantly slows down economic progress and discourages new businesses from moving in.

Proponents of Measure C argue that not all leases will be required to go to vote— however, according to the actual amendment, leases that extend beyond 180 days in a single year must be voted on by residents. Private businesses, restaurants or retail stores looking to settle on public land in Los Altos Downtown would have to appeal to the general public, a time consuming and cumbersome process.

Not only does this measure hinder productivity, it wastes thousands of taxpayer dollars on simple things that can be decided by the town council. Each time lease renewals are put to ballot, it can cost taxpayers anywhere from $50,000 to $500,000. The voters voice their concerns and gain a voice in council by electing candidates they believe will support their values. By voting for Measure C, not only are voters tying the hands of their elected representatives, they are enacting a measure that wastes public funds. As a representative body of government, the people have entrusted power into the hands of City Council — Measure C takes this power away and undermines representative democracy.

Furthermore, putting lease renewals on a ballot can lead to inconveniences and unsafe consequences. The Los Altos Library, Fire Station and History Museum will eventually have to renew and renegotiate their lease. Imagine going to return or check out a book only to find out that the library is closed for a couple of days while the lease is being negotiated and then taken to a ballot. What if the Fire Station is forced to close until the lease is renegotiated and put to a vote? These untimely and potentially risky results of passing Measure C will only harm the Los Altos community.

11 former mayors, and other groups such as the Los Altos School District, the League of Women Voters of Los Altos and Mountain View and the Los Altos Chamber of Commerce have spoken out against Measure C. The fact that such influential and essential organizations have taken a stance against Measure C should be a hint to voters — it’s expensive and uneconomical.

Measure C veers away from the goals of the future. While written with good intentions, the measure fails to understand and address the negative impact it can have on the overall Los Altos community. Rather than setting up roadblocks to development, residents should embrace an evolving image of Los Altos and make it more welcoming to younger age groups and non-residents. In order to keep our downtown on track to become a lively and welcoming place, residents should get registered and vote No for Measure C. 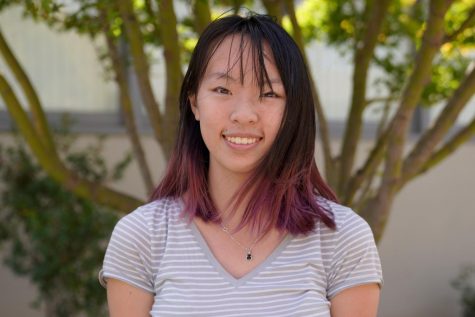 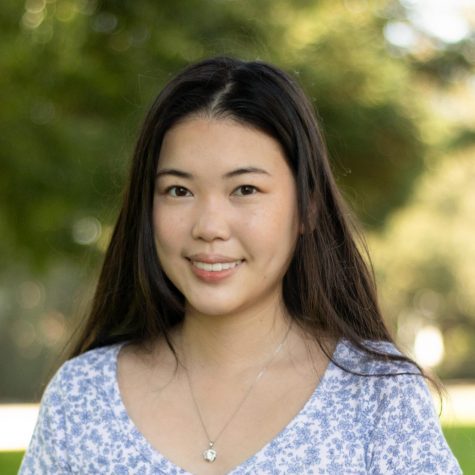 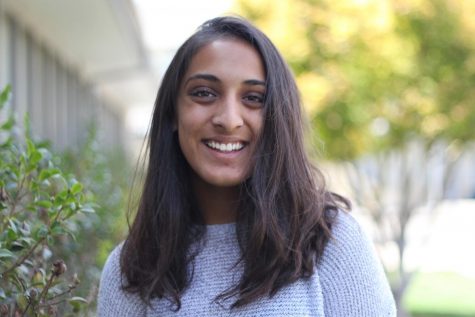