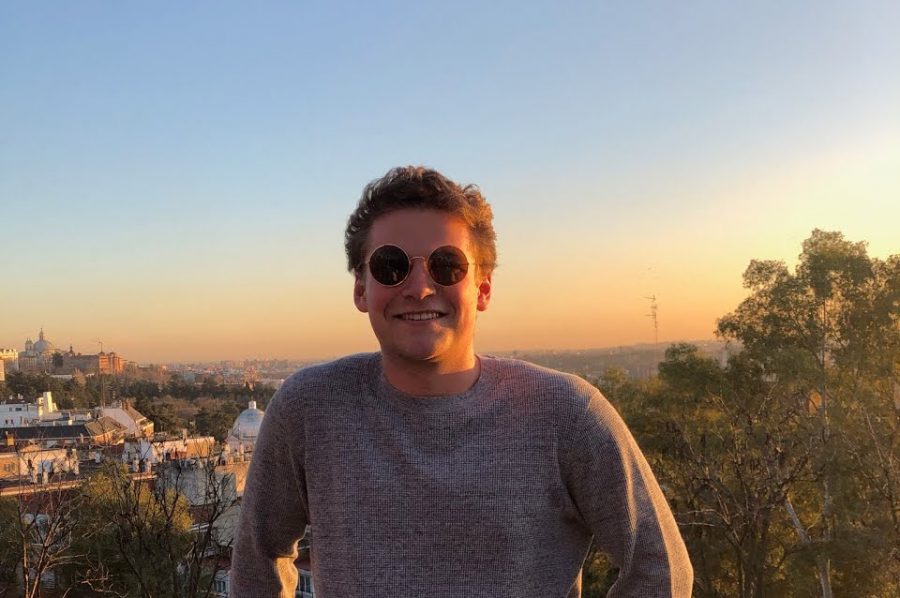 While studying abroad in Madrid, LAHS graduate Lucas Popp, ’17, did not anticipate a worldwide pandemic, let alone contracting COVID-19. Despite having relatively mild symptoms, Popp remained wary of infecting his family members, dealing with misinformation during his recovery.

Los Altos High School graduate Lucas Popp, ‘17, contracted COVID-19 in early March, before most people in the country knew just how deadly the pandemic would be.

Popp — a computer science major with an affinity for hiking and camping — spent the second semester of his junior year studying abroad at University Carlos III of Madrid at the start of the pandemic. When President Trump announced a travel ban on Europe, his family quickly arranged a flight home for him. Popp was already experiencing a runny nose, a cough and other symptoms of a common cold.

When he arrived, his mother took him straight to the hospital from the airport to get tested, where they waited at the ER for three hours. After his test, Popp quarantined in his room to wait for the results.

“It was very difficult for me not to hug him when I first saw him at the airport,” his mother Nancy Popp said. “This was scary, but I was so grateful they tested him as quickly as possible. As a mother, I did not get much sleep that week.”

The next day, the test results came back. But they were misinterpreted, and the family assumed Popp tested negative. A day later, however, Popp received an unexpected call from Stanford University, asking him to participate in a study observing people with COVID-19.

According to his sister junior Stephanie Popp, it was a nerve-wracking realization because her brother, while under the impression he was COVID-free, had hugged and cooked for them. Antibody tests later indicated that Popp was the only family member to contract the virus.

“I had known people were getting sick, but I didn’t really know what it was like,’” Stephanie said. “Lucas didn’t have it very bad, but it was still very stressful hearing about all the articles and information that was coming out.”

Popp continued to live with his family, quarantining in his room for the three weeks he had the virus. During dinner, he sat at one end of the table while his family sat at the other end. He was allowed out of his room, but he had to wear a mask and could not touch anything except for designated chairs.

According to Popp, his symptoms were relatively mild, mainly consisting of a runny nose and a cough, but toward the end of the infection, Popp felt weak and tired for several days. Then, his sense of smell was severely reduced for two months — an experience Popp said he didn’t mind because he could still smell things if he really tried — without experiencing any other apparent long-lasting effects.

“I think it gave me a false sense of confidence in the beginning because I got it and I [thought]: ‘I can totally handle it, [it’s true] that it doesn’t really affect young people,’” Popp said. “Now there’s lots of information coming out that says [the opposite].”

Though Popp’s symptoms were milder than others, the reactions of those around them were not. Stephanie explained how people were afraid of their family for a while after Popp contracted the virus; for example, her birthday passed while her brother had COVID-19, and her friends just dropped off gifts across the street.

After recovering, Popp stayed home through the summer. He has now returned to Case Western Reserve University in Cleveland, Ohio, to complete his degree. The college is now requiring random sample testing of students and faculty as well as remote classes to protect their students from the virus.