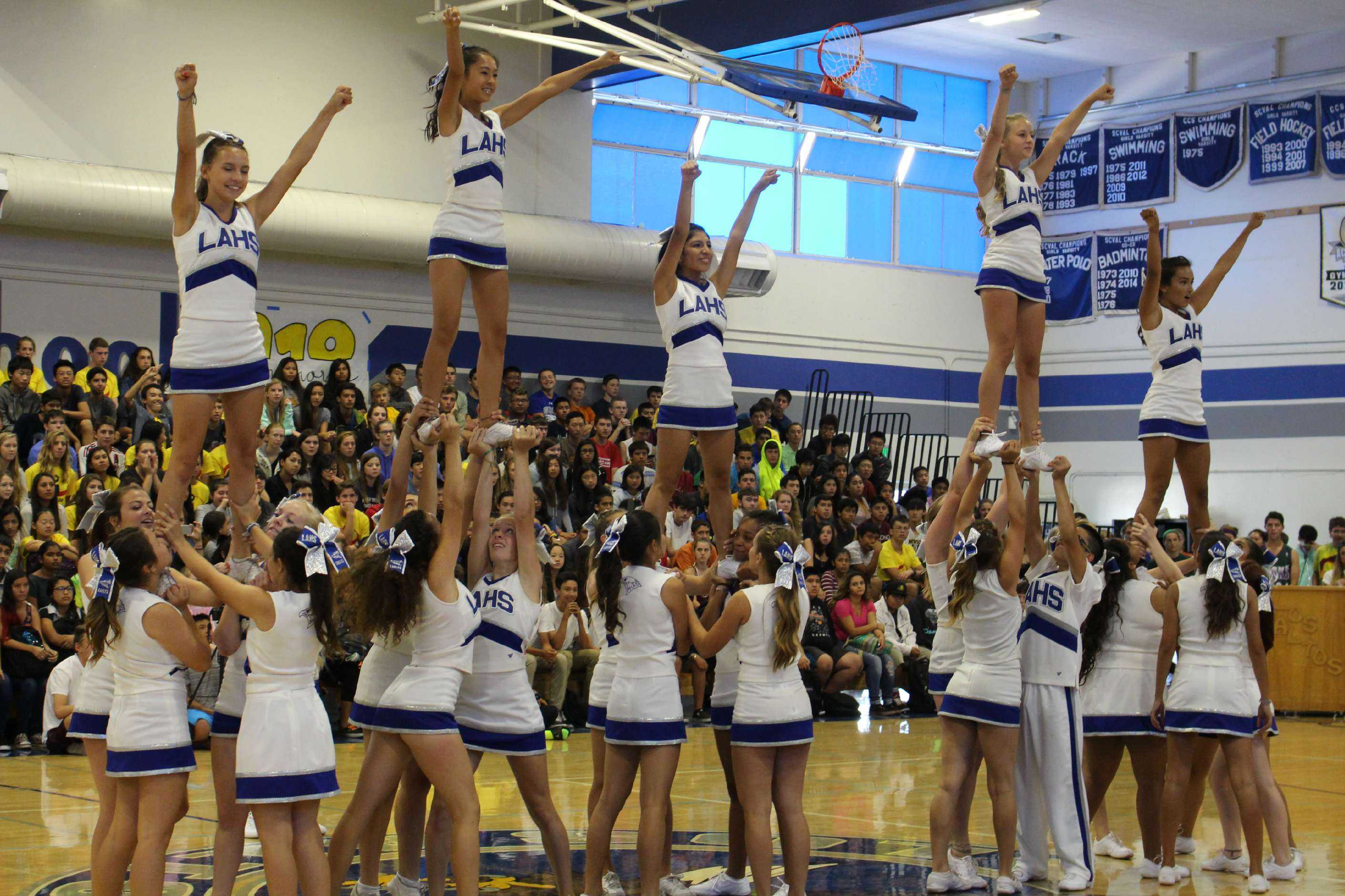 The varsity cheer team performs during the back-to-school assembly. The team works hard to represents the school both at various athletic events and cheer-specific competitions. Photo by Kunal Pandit.

The varsity cheer team performs during the back-to-school assembly. The team works hard to represents the school both at various athletic events and cheer-specific competitions. Photo by Kunal Pandit.

Cheerleading is a sport that is often viewed from two extreme perspectives: it is seen as either extremely difficult or extremely easy. Cheerleaders are known as the group on the football field, off to the side, yelling and radiating spirit. In reality, these individuals face just as many challenges as other athletes, but most importantly, cheer requires both mental and physical strength.

The school’s cheerleaders practice for an average of six hours a week, not including the two-and-a-half-hour practices before games, personal time spent on the sport, competition practice and conditioning.

“I qualify it as a sport,” varsity co-captain senior Kelly Little said. “It’s a competitive activity, and I’m on a competitive team. To me, that’s a sport… it’s equally as difficult.”

Like other sports, the members of the cheerleading teams face mental and physical challenges through vigorous workouts.

Cheer also requires quite a bit of physical strength. On a regular day of cheer practice, not including conditioning on Wednesdays, team members warm-up, stretch, run a lap around the track and go over routines, which include tumbling, dance and stunts. They also work in the weight room to gain the muscle needed for stunts and other physically demanding moves.

“We work our butts off and we actually get a really good workout from it,” JV co-captain sophomore Emma Askren said. “Out of the variety of sports I’ve played, it is one of the hardest I’ve done.”

The cheerleaders work aggressively to manage all football and basketball games throughout the year, along with training for cheer competitions. The cheer team participates in three to five competitions a year; each competition differs greatly from a normal sports game, as the team must also focus on technical and artistic detail.

“In a game if you make a mistake it’s definitely going to hurt the team, but you still have a chance of winning,” Kelly said. “At a cheer competition, if your team goes out on the floor and you make a tiny little mistake, it’s an automatic [penalty] — you’re not going to get first place because you’re going to get a deduction. It’s a fact that you can’t make even the tiniest little mistakes on the cheer floor.”

Cheer competitions are high-energy, all-day events overseen by a panel of judges and roughly 500 audience members as well as fellow competitors. The teams perform a two-and-a-half-minute routine to a set of requirements and are judged based on divisions. The cheer team is in the coed large novice division this year.

Despite the high stakes involved in competitions, the cheerleaders still embody sportsmanship. As competitors, they maintain positive energy and attitudes while watching other teams’ routines.

“Other cheer teams aren’t going to sit there and bash on you while you’re on the floor,” Kelly said. “Everyone’s cheering for you to do your best and hit everything. I really love that sort of energy, but it’s definitely different [from other competitions]. It’s a different experience.”

With the strong sense of community and support found in cheer, the school’s team finds it easier to carry the burden of a difficult sport that demands various mental and physical strengths.

“There are times, of course, where it’s going to get stressful and everyone’s going to be a little down, but that’s going to happen in any sort of situation,” Kelly said. “If something’s wrong, we are all there for each other, whether it’s cheer-related or not.”

The cheerleaders are optimistic that their sense of community will carry them into a strong season. With the addition of their new coach, Edwienna Grant, the cheer team is ready to conquer not only competitions, but also previous misconceptions about cheer and the team.

“My least favorite aspect of cheer is the stereotypical view of cheerleader,” Emma said. “Sometimes we’re judged at school for being those ‘peppy’ cheerleaders. If they came to a practice, they’d see it’s not what they think. We are an actual sport.”

Whether it is preparing for events and competitions or facing the challenges of daily practice, the cheer team makes sure to maintain a strong and supportive community among themselves and the school.

“My favorite part of cheer definitely has to be the community aspect,” Kelly said. “I love the fact that by the end of the year all of us are like sisters [and a brother]. We’re one big family… We really love each other. I think that’s unique.” 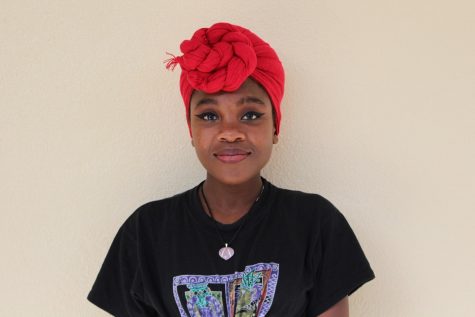