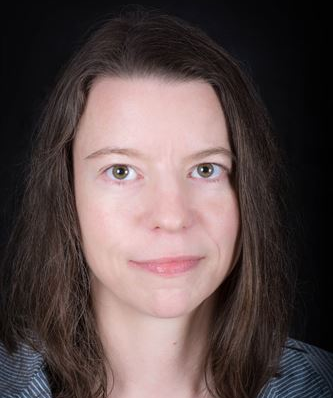 Journalist Kate Crane has written for Dow Jones, Time Out New York and The Wall Street Journal, among other publications. She is currently writing a memoir called, “What Happened to Eddy Crane?” about her father’s murder and her struggle to come to terms with it.

Q: Who/what inspired you to become a writer?

A: I knew I wanted to write stories by the time I was five. I wrote fairy tales about my grandfather’s garden (in a notebook) and a teen love story (on a blue typewriter that I still own). But I didn’t think that I was good enough until Paul Barker, my high school AP English teacher, held up my work once in front of our class. His encouragement changed my life.

Q: How has writing and being part of this community impacted you?

A: In my New York life, I was attached to both the city itself and my communities, plural. In the Bay Area, I‘m deeply attached to the open space preserves that surround us, and I feel more isolated, but it’s the place where I sold my book. In some ways, I feel more alive as a writer than I did in New York. I don’t think I fully understand yet the ongoing ways in which California shapes me.

Q: What was the greatest challenge you faced in your career and how did you overcome it?

A: In 2016, my best friend died in a car crash while I was working at an extremely demanding startup and writing chapters for my book proposal. The next six months were a blur. In order to survive, I had to believe in God and my adoptive dad. I walked countless miles in open spaces and writing one sentence at a time.

Q: Who is your favorite writer at the moment and why?

A: Damon Young and Alexander Chee. Damon is one of the funniest writers in America, and he brings humor to darkness in a way that is imperative and very difficult to pull off. Alexander is the finest imaginable prose writer. The beauty of his essays…Just go read one.

Q: What do you hope to bring to the Los Altos community by participating in Writer’s Week?

A: I would like everyone to know that if they want to write, they can write. Commitment matters as much—if not far more—than raw talent. Beyond that, I hope to encourage students to follow their own path. It doesn’t have to look like anyone else’s to be worthwhile.

Q: If you could recommend one book to Los Altos students, what would it be?

A: “The Invisible Man” by Ralph Ellison. This phenomenal 1952 novel telegraphs the depths and complexities of blackness in America. It is an essential read.

Q: What is the best writing advice anyone has given you?

A: Jim Knipfel, an author best known for “Slackjaw,” says it’s possible to write 500 words on absolutely anything. This has been a key, countless times, to unlock my stuck mind.