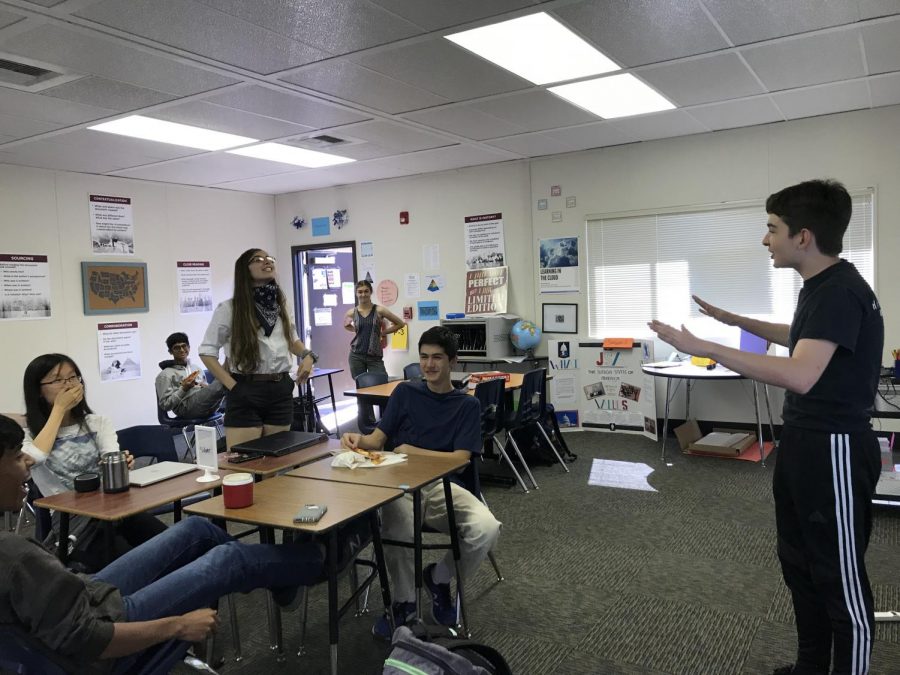 In an effort to help his peers feel more comfortable exploring their political opinions, senior Evan Fine circumnavigates topics from colonizing Antarctica to hypothetical new bill proposals with his fellow Junior State of America club members. The club’s focus on open-minded discussions allows students to reflect on their values and perspectives while moving past their political echo chamber.

Following the Brett Kavanaugh case and impeachment trials, senior Evan Fine observed a concerning pattern of behavior among his peers. Many were reluctant to speak up about their political opinions in fear that their views would be rejected by others.

Combining his interests in politics and debate, Evan started a chapter of the Junior State of America (JSA) — a national organization that educates students on how to be effective debaters and political leaders — in his junior year to provide a space for students to openly discuss their diverse perspectives.

“This is the time to have fair, unbiased discussions,” Evan said. “Students shy away not because the ‘thought police’ is going to get them, but because of the stigma of having a belief that doesn’t align with what most others believe. Every opinion should be listened to no matter how different it may be from yours.”

Evan realized that social media plays a large role in making students’ opinions more polarized by creating the belief that there is only one acceptable point of view on an issue.

“Social media is an echo chamber,” Evan said. “You see something you like, you hear more about it, then you don’t hear anything else. In my opinion, that creates incredibly closed-minded individuals.”

To combat this deep-rooted mentality, the club holds “think talks,” group discussions and political debates about current events. They also conduct congressional simulations to deliberate potential new bill proposals and world simulations to navigate foreign politics from the perspective of a world leader. Sophomore Shaurya Kadiyala found that these simulations provide an insight into the realistic, imperfect side of politics.

“The simulations gave a decent perspective into how messy it is to make and pass laws,” he said. “We were discussing the situation in a more joking way, but I think it does reflect what happens in the real world on some level.”

Through these activities, the club hopes to expose students to multiple viewpoints outside of their echo chamber and broaden their perspectives.

“In JSA, we maintain a light tone, so it’s a nice way to be able to discuss world issues without it getting too heavy or opinionated,” Shaurya said. “We stand up for our opinions in some aspects but also, we’re able to enjoy the little bit of diversity there is between our different ideologies.”

From discussing the pros and cons of granting Washington, D.C., statehood to colonizing Antarctica, club members work together to explore the impacts of situations many would have never even considered. This free-flowing environment allows members to determine their own values and remain open-minded toward the ideas contributed by their peers.

“It has become almost a rarity to hear someone say, ‘I want to hear what you think about this,’” Evan said. “To be able to have that unfiltered conversation without putting your judgment first is critical.”

Evan’s mission is to create a supportive environment for students to gain awareness about the current political climate and think critically to discover their political opinions.

“A lot of people may think that politics and talking about news is very rigid and boring, which for the most part, it is,” Evan said. “My personal goal in JSA is to make that a bit more exciting and add the proper amount of healthy chaos and thoughtfulness to provoke deep discussion.” 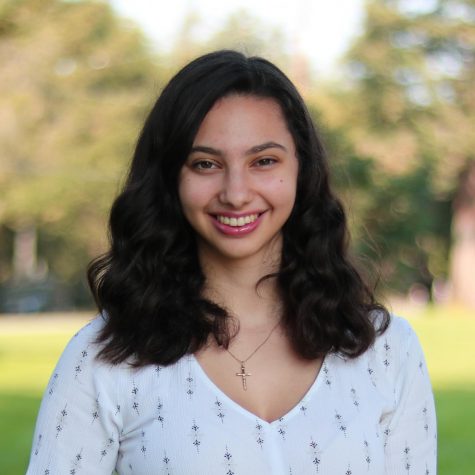