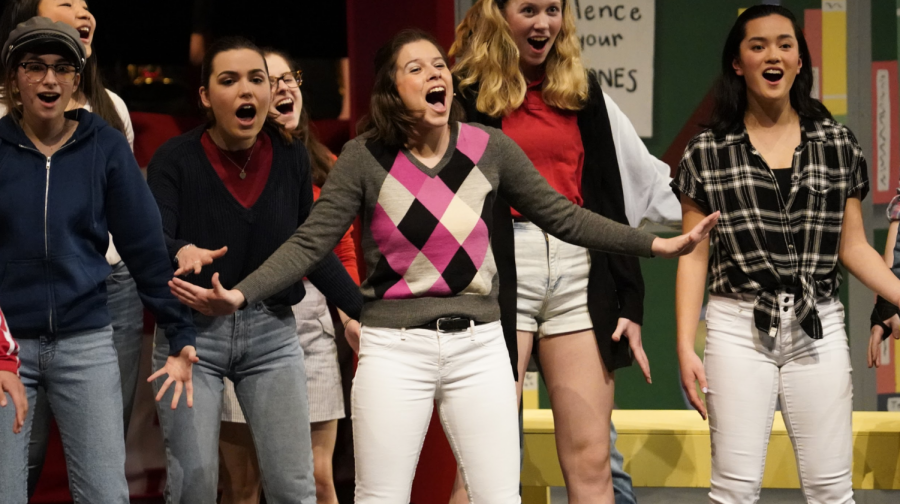 Musical theater isn’t new to senior Jessica Aaron. Jessica has been in productions since she was three years old and, at this point, has participated in over 50 shows. But “High School Musical” and her character Taylor McKessie presented a unique challenge: playing a relatively normal character in a highly energetic musical. And judging by the way she smiled and called this juxtaposition “fun,” she was more than willing to take on the challenge.

And her lifetime love of theater is probably to blame for this attitude. Since she was little, Jessica had high energy and her mom helped her channel that energy into theater. Because she was so young, Jessica started with attending camps or after school programs at the Peninsula Youth Theater (PYT). By the time she was of age to be in a PYT show (eight), Jessica, as she describes it, “begged [her] mom to let [her] audition.” And Jessica’s love for theater has only grown since then.

“Theater kids are some of the most exuberant, energetic, caring, open-minded people I’ve ever met,” Jessica said. “It’s so fun to hang out with them backstage and then go on stage and be a different person, interacting with different people, telling a story and just connecting with an audience. There’s no feeling quite like it.”

In “High School Musical,” this was no different. Jessica expressed her excitement for being in a cast with people she’s known since she was a kid as well as those she’s never met before. She plans on continuing her involvement in college, participating in student productions and the drama department.