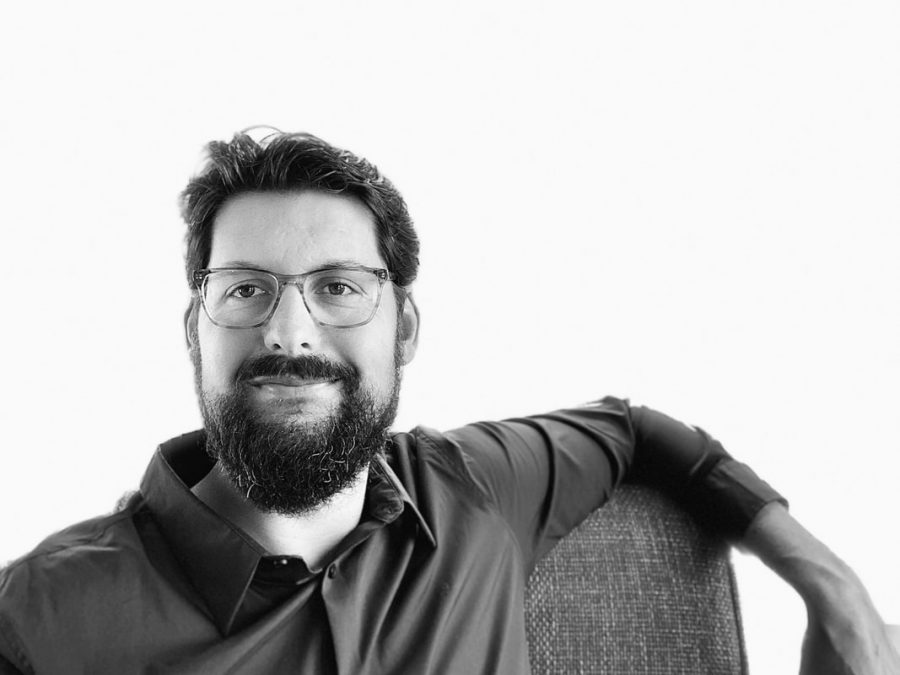 After gaining experience in journalism and education, fiction writer Gregory Brown returned to his childhood fascination with fictional writing. As a longtime resident of coastal Maine, he is passionate about incorporating environmental issues and natural settings into his work, which has appeared in numerous literary journals. His first full-length novel, The Lowering Days, is slated for release this month.

As a 14th-generation resident of the area, Brown grew up reckoning his deep connection to the land with his town’s dependence on its natural resources through the logging and fishing industries. This conflict is the focus of his upcoming novel, “The Lowering Days,” slated for release in March.

Brown’s novel centers around the fictional story of a Maine community; it grapples with the aftermath of a teenager’s arson attack on a paper mill to prevent it from reopening and harming the land through deforestation.

“My fiction isn’t intended to be autobiographical, but I have a lot of little echoes of things that have happened to me or my family,” Brown said. “A lot of my work focuses on the idea of land as a living being and the way humans interact with it.”

After growing up with a love of reading, Brown developed an inkling that he had a calling for writing when he tried his hand at authoring a short novel in sixth grade.

“I started writing a really bad vampire novel about me and a girl I had a crush on at the time, it’s just excruciating to read,” Brown said. “But it gave me a path, a way that I could turn writing into a vocation.”

Brown found a way to progress his writing career when he got involved in the journalism program at his alma mater, Thomas College in Maine. His inspiring professors and voracious consumption of American literature had a tremendous impact on his writing skills and career aspirations.

After landing a job as a reporter at a local newspaper, Brown began to realize the artistic limitations of covering community news.

“As a journalist in Maine, the editors would say to me, ‘Oh, go cover this leaf pickup story, we don’t want you covering this story on environmental issues right now,’” Brown said. “I wasn’t able to tell my own stories at the time.”

Wanting the creative freedom of telling his own stories, Brown started to submit works of fiction to literary journals, learning from rejections and editor feedback. Eventually, in 2006, he got his first fiction story published after going through 29 drafts. Wanting an opportunity to advance his career, he applied and was accepted into the Iowa Writers’ Workshop program in order to teach English students and obtain a Masters of Fine Arts in writing.

From then on, Brown’s stories were consistently published in several magazines and journals. Eventually, he began work on his first full-length novel, “The Lowering Days,” based on an idea he’d been toying with for decades.

“Coming from a short story background, you have this really contained spot to write a story that fits certain parameters,” Brown said. “Writing a novel was just this big world that I could fill up as I pleased. When I came across an issue, I would set it in the back on my mind while working on something else, like a carpentry project or hiking, giving space for the ideas to emerge. Once I figured things out, like the flow of a particular chapter, I would write it out longhand and revise later.”

For any aspiring writers, Brown stresses the importance of feeling confident about claiming one’s identity as an author. He also warns against becoming too concerned with arbitrary goals and twisted notions of what a writer needs to accomplish.

“I used to beat myself up because of goals I set, like ‘I’m going to publish a book by 22, do this by 23, do that by 25 and yada, yada, yada,’” Brown said. “I got a ton of rejections at first when I started submitting fiction — I actually have a whole file folder full of them with a skull and crossbones drawn on it. The thing about writing is that it takes as long it takes, and that’s crucial when it comes to clear and beautiful storytelling.”