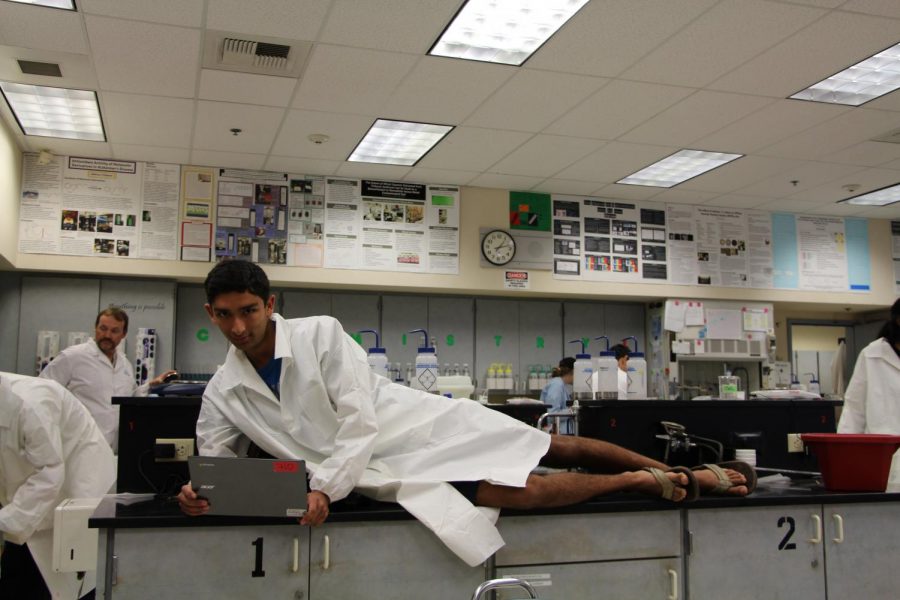 At an artificial intelligence conference at Stanford last year, senior Geoffrey Glass met with researchers using artificial intelligence or machine learning techniques to make predictions and solve problems. But after asking them about the theoretical sides of the tools they were using, they were unable to give him a clear answer, pointing out that no one else would have any answers for him, either.

So Geoffrey decided to find out for himself. Rather than blindly relying on random chance to make calculations with big data sets, he set out to gain a better theoretical understanding for how neural networks — artificial intelligence modeled on the human brain and nervous system — work to solve problems in order for researchers to better apply them.

Geoffrey discovered his fascination with problem-solving through science in his seventh grade applied design class. He remembers working to cushion an egg in a bottle rocket for one of the class projects, and after that he sought out more specific areas of engineering. The summer after freshman year, Geoffrey took CS1A, an introductory college computer science course. He then continued to narrow his field of interest, exploring applications of artificial intelligence which landed him at the Stanford artificial intelligence conference where he found his project idea for ASI.

In addition to qualifying for the California State Fair, Geoffrey’s project, entitled “Inside The Black Box: How Deep Neural Networks Converge to Optimal Algorithms,” won first place in the Physical Science and Engineering Category, qualifying him for the California Sat along with a Certificate of Achievement.

At the fair, representatives from companies like Intel and NASA Ames approached Geoffrey and asked him questions about his project. Many industries, Geoffrey said, were interested in the artificial intelligence projects as that field continues to rapidly expand.

In the next month, Geoffrey hopes to sift through the data he’s collected and make connections to understand the theories behind how neural networks function. After his experience with tackling this project and presenting at the fair, he encourages anyone interested in a particular field of science to sign up for the class.

“There’s a lot of students who have a lot of ideas and a lot of scientific creativity, and they want to finally be able to explore that opposed to just learning from a textbook or doing premade labs,” Geoffrey said. “ASI is so crucial because it gives them exposure to what science is like in the real world.”