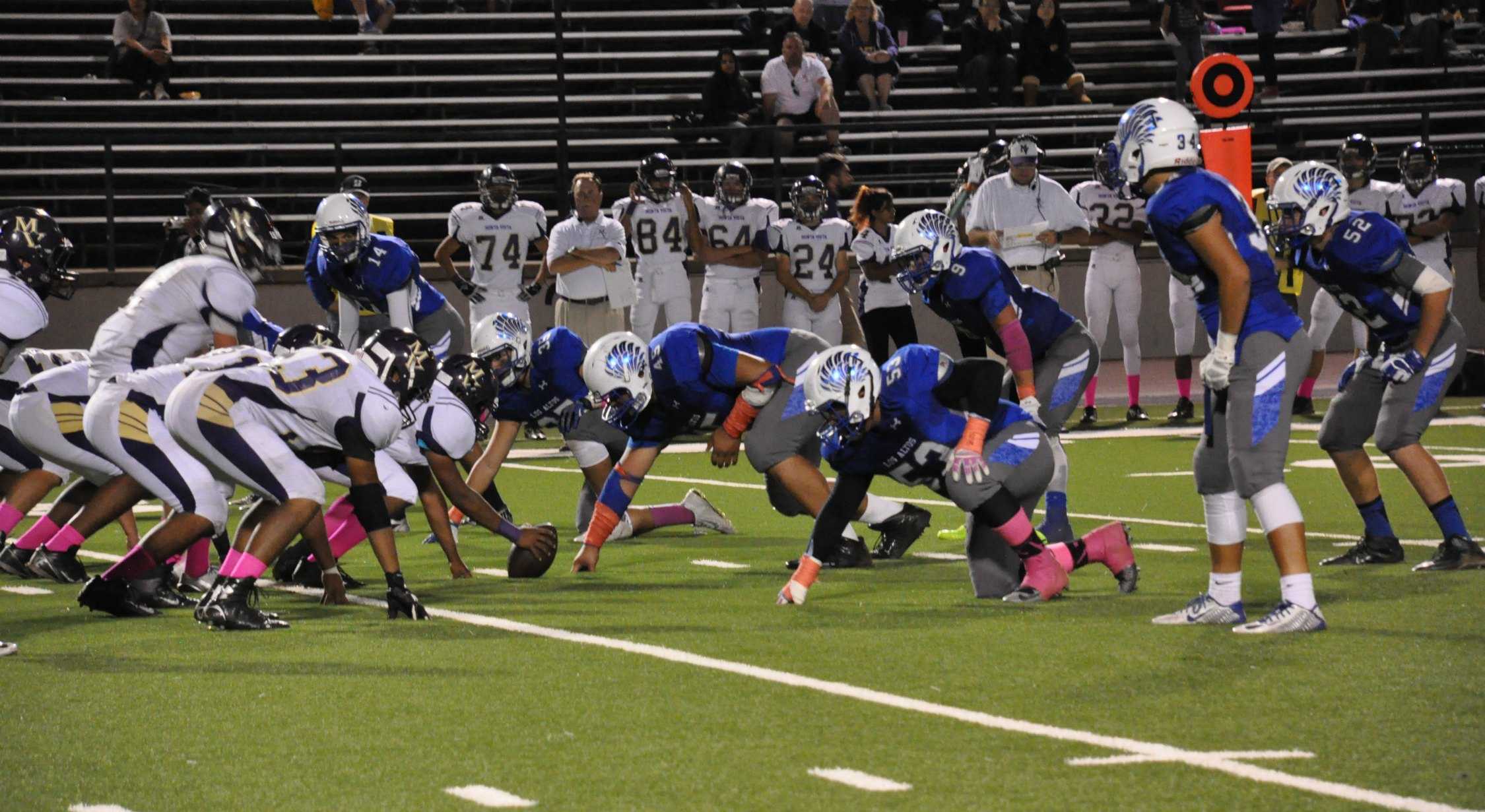 The football team lines up before the next down. Photo by Michael Sieffert.

The football team lines up before the next down. Photo by Michael Sieffert.

The football team lost a hard fought game to Monta Vista October 9, by a score of 30-14 at Foothill College.

The Eagles got off to a good start, holding Monta Vista scoreless on its first drive. On Los Altos’ first possession, senior Patrick Vargas busted a 23-yard run down the middle of the field for the first big play of the day, but the Matadors’ defense stopped the Eagles short and forced a punt.

Later in the quarter, senior quarterback Kyle Gounod found senior tight end Bailey Thayer in the end zone for a 37-yard touchdown pass to give the Eagles a 7-0 lead. However, the Matadors answered right back and tied the game at 7-7 on their next possession, and the quarter ended with the same score.

In the second quarter, Patrick gave Los Altos the lead again on a 29-yard touchdown run down the sideline. The rest of the half was dominated by the defenses with both teams forcing turnovers and allowing little offensive yardage. However, with under a minute left, Monta Vista scored a 42-yard touchdown pass to make tie the game at 14-14.

In the second half things took a turn for the worse. With multiple penalties going against Los Altos, the tide turned in Monta Vista’s favor. Their defense began to hold the Eagles’ rushing attack, and their offense drove down the field with an option-style offense and quick passes to gain steady yardage. With 5:46 remaining in the quarter, the Matadors took their first lead of the night on a two-yard quarterback sneak to make it 21-14.

The fourth quarter started off well for the Eagles. Monta Vista drove down the field, but the Los Altos defense stuffed the Matadors on fourth-and-goal on the one-yard line to take over possession. However, two plays later, the Monta Vista defense tackled senior Ben Roach in the end zone, earning two points on the safety to make it 23-14 with 9:14 left in the game.

As the clock wound down Monta Vista scored another touchdown bring the score to 14-30. The Eagles still had hopes of a comeback, but with five minutes left, Kyle’s deep pass was intercepted, and the Matadors were all but able to run down the clock. 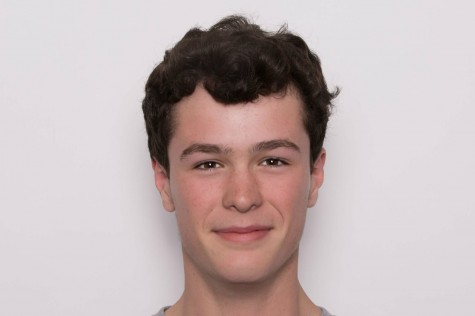