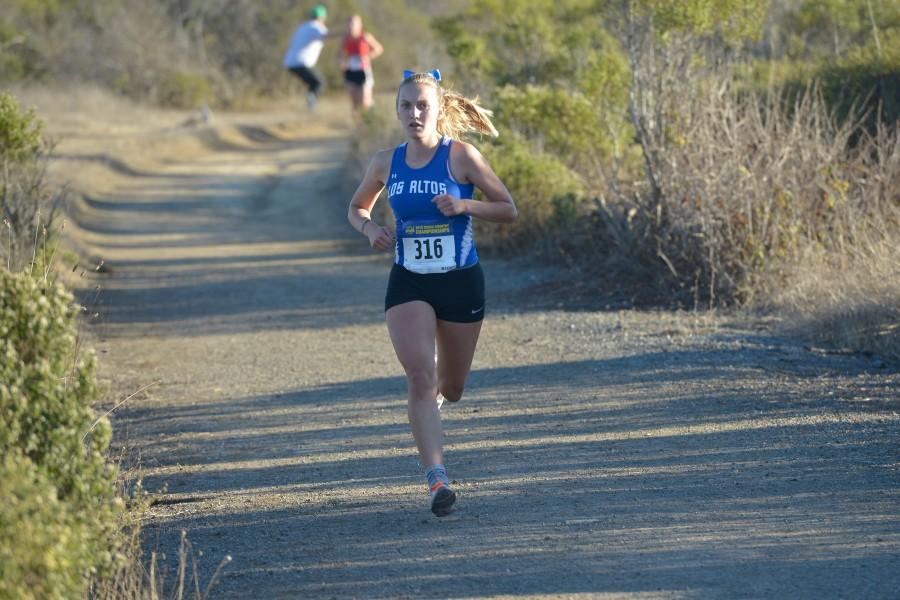 Three-time SCVAL runner up, two-time CCS champion and seven-time additional first place finisher were all thoughts that might have been running in senior Lauren Jacob’s mind before her final CCS race at Crystal Springs on November 14, where she’s competed 13 times.

But so was four years of training, preparation and learning to be positive. That pulled her through to finish first in CCS again with a time of 18:05.6.

“I felt strong [starting out], but I was really surprised because a lot of girls went out really fast,” Lauren said. “I knew they would die out in the last part of the race, so I just kept at my own pace and slowly started to catch them.”

Near the end of the race, Lauren cemented herself as one of three runners in a pack that outdistanced everyone else. With 800 meters to go, a runner from Menlo-Atherton passed her before Lauren managed to break ahead.

“There was still another girl in front of me from Cupertino that I didn’t think I was going to catch before the finish line,” she said. “But with 200 meters to go, I saw that I was going faster than she was, so I started sprinting. I won in the same exact way last year, so I was confident once I passed her that I got the win.”

With three CCS crowns on her head from two divisions and two different courses spanning over a four-year cross country career, Lauren’s last CCS win can be summed up in one word.

“Validation, because it proved to me that I was still the strong runner that I was my previous high school years,” she said.