This coming week, Los Altos will be hosting its 13th annual STEAM Week on October 8th, 9th and 11th. The Talon has picked three different speakers, John Edmark, Jeremiah Garrido and Anna Lembke, in three various fields, such as kinetic sculptures, forensic science and addiction, to showcase a taste of what is to come.

By Janie Dent and Suzanne Guo

John Edmark’s route to finding the right occupation was not an easy one. After attending architecture school for a year, Edmark switched paths and went to Columbia University, where he earned his bachelor’s degree in computer science to pursue his love for graphic art. 16 years later, he went back to school, attending Stanford University to receive a master’s degree in product design. Through his journey of discovering his passion for design, he realized the importance of staying curious and open-minded, and now works part-time as a lecturer at Stanford and as a freelance artist and inventor.

“I have noticed that there does seem to be real value in trying lots of things, especially early in your career,” Edmark said.“You learn a lot about yourself and where your passion can intersect with what the world needs by trying lots of different things and not pinning it down too quickly and too certainly.”

Outside the lecture hall, he uses architecture, animation, computer science and math to bring his designs to life. He showcases his creations on his website, where he sells his artworks to a wide demographic. Edmark’s work as a freelancer allows him to follow his passion as an artist, alongside his devotion to teaching.

“I think it’s important for [students] to develop their imaginations and their ability to think creatively because that’s what going to separate them from all the millions of other very bright, very capable engineers and mathematicians and scientists out there,” Edmark said.

Edmark’s talk is scheduled on Monday, October 8th during 4th period. He plans to share his designs as well as elaborate on the importance of curiosity and trying new things. Edmark believes that curiosity helps with the brainstorming process, while the exploration of new ideas opens up opportunities one might not have considered before.

A cold, lifeless body lies in the street, soaking with blood. Red and blue lights flash across the scene and the road is surrounded by policemen. Behind the caution tape waits Jeremiah Garrido, his eyes scanning for evidence, observing every detail.

Ever since high school, Garrido has been intrigued by the wonders of science and criminal justice, but never dreamt of becoming only a chemist or a cop. Instead, Garrido aspired for both professions and discovered his passion during college: forensic science.

Garrido graduated with a bachelor’s degree in forensic science from the University of New Haven in Connecticut and later found a job in New York, where he gained some experience with DNA testing in the lab. In 2001, Garrido moved to California to work for the Forensic Biology unit of the Santa Clara Crime Laboratory, where he is currently employed. As a forensic scientist, he demonstrates the importance of science, technology, engineering, art and mathematics (STEAM) by solving real-world cases and hopes to inspire his students to follow his path.

“Forensic science is the intersection of criminal justice and science,” Garrido said. “I thought that was pretty exciting, using science to figure out or analyze physical evidence.”

At the Santa Clara Crime Laboratory, Garrido attends and observes crime scenes, analyzes biological samples like DNA and testifies as an expert witness in court. After examining the samples, Garrido relays his data from the lab back to the police, who use the evidence to either verify or deny the current suspect as the offender.

“I work a lot of different crimes involving DNA, from violent crimes, like homicide or assault… to burglaries, robbery cases and even animal cruelty cases,” Garrido said. “We found somebody [who] was murdering cats in this one neighborhood in San Jose.”

During STEAM week on Tuesday, October 9th, Garrido will demonstrate how science follows him through every step of his job, from the origin of the crime to its resolution. He will be speaking in the Eagle theatre from 10:40 to 11:30 (extended tutorial) in the morning.

“Advances in forensics [have] come a long way, so we can do a lot more,” Garrido said. “The theme of STEAM, I think, closely parallels what I’m gonna talk about, how all this great technology and advancement has resulted in better analysis of evidence. I want to essentially share with everybody how science, technology, engineering, even art and math are used to solve crimes and exonerate people also, because that is equally important.”

Anna Lembke hasn’t always seen herself specializing in addiction for her career, but she has grown to love the cases she treats on a daily basis. As a psychiatrist at Stanford University, Lembke found her niche in treating addiction through her discovery of the correlation between addiction and other mental illnesses. In addition to her work at Stanford, she spreads her knowledge about the growing, worldwide problem of addiction.

Lembke attended Yale University for her undergraduate studies, and originally wanted to pursue a different career than her parents, who were both doctors. However, she eventually decided to attend medical school at Stanford University, and ended up falling in love with the medical field. Through her education and experiences in psychiatry, she has learned to understand the importance of treating addiction and its impact on the lives of the addicted and those around them.

When Lembke started her career as a psychiatrist, she did not want to treat addiction. She had been raised with the mentality that people could control their addictions if they really wanted to, and that addiction is not a true mental illness. However, she soon realized that this isn’t the case.

“What happened was I discovered that a lot of my patients were having problems with addiction in addition to problems with depression and anxiety,” Lembke said. “I realized that if I didn’t figure out how to help them with the addiction part, the other part wasn’t going to get better.”

This realization inspired her to pursue a career helping those with addiction. Today, the problem is growing increasingly prevalent as technology continues to increase accessibility to addictive activities.

“[Technology has] really exploded the problem of addiction in the world, because now, there’s so much access to drugs and other highly pleasurable activities,” Lembke said. “Technology itself is addictive.”

When she comes to Los Altos for STEAM Week on Monday, October 8th during 2nd period, Lembke plans to speak about the neuroscience of addiction. She hopes that people can learn that addiction is a mental illness that can be treated.

“It’s kind of a myth that addiction is not treatable, and that people never get better, and it’s just this downward spiral, but it’s not true,” Lembke said. “I’ve seen miracles happen. People recover from very serious, life-threatening addictions and turn their whole lives around, and it’s super inspiring.” 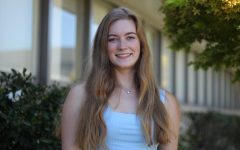 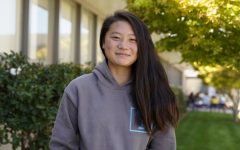 Suzanne Guo is actually a llama in disguise. She is highly skilled at anything llama related, such as drawing llamas, eating grass, and projectile spitting....