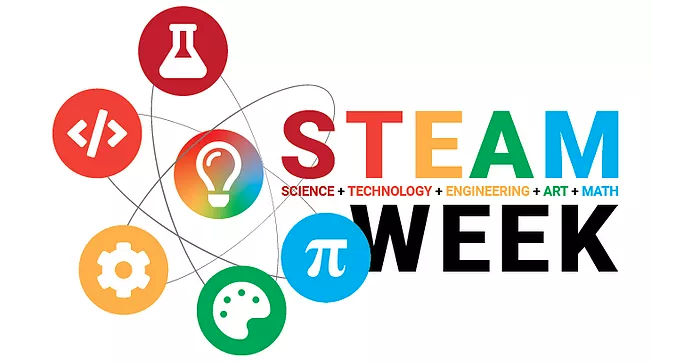 This coming week, Los Altos will be hosting its 14th annual STEAM Week on September 23rd, 24th and 25th. The Talon has picked five different speakers, Fiona Gillogly, Grace Ling, Jeff Burch, Tais Gorkhover and Raashina Humyan, in order to showcase a taste of what is to come. All five speakers will be presenting on Tuesday, September 24. 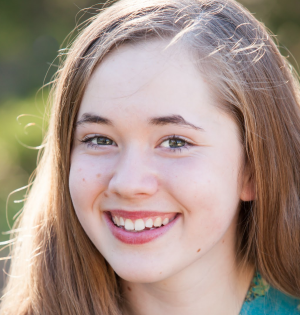 Sixteen-year-old Fiona Gillogly hikes and sketches the constantly evolving elements of nature along the maze of trails in her backyard. Through meticulously searching for mysteries in everything around her, she has developed a passion for nature journaling and learning about how exactly the environment functions.

Fiona attended Live Oak Waldorf School in Meadow Vista, California, from preschool through 8th grade and is currently a sophomore at Sacramento Waldorf School in Fair Oaks, California. The unique art and nature infused curriculum enables Fiona to spend most of her days outside exploring and sketching various species of plants and animals. Fiona has spilled out about 1600 pages of sketchbooks full of elaborate drawings, observations and questions over the last three years.

After meeting her role model and current mentor, naturalist and educator John Muir Laws, on one of her hikes, she was able to spread her passions to a bigger audience through talks, conferences and leading nature walks. Two weekends ago, Fiona spoke at the first annual 2019 Wild Wonder Nature Journaling Conference alongside Laws and taught fellow nature enthusiasts from all over the country about journaling techniques, constructing an inquiry toolkit and asking the right questions to lead you to discovery.

“Nature journaling brings you closer to the environment,” Fiona said. “It gives you the desire to protect everything you observe.”

Furthermore, as a dedicated birder (also known as a birdwatcher), Fiona regularly participates in bird walks and thoroughly enjoys encountering new birdsongs. She has attended various teen birding camps over the past four years through the Central Valley Birding Club Youth Scholarship. There, she explores new approaches to bird observation and dives deeper into her curiosity about the study of birds.

Although Fiona is unsure of what her future holds, she is certain that she wants her career to involve nature and has already begun fundraising for college through a line of hand-drawn bird greeting cards.

In Fiona’s presentation, she will present various pages from her nature journals and describe her journaling process, as well as the importance of observing and questioning the world around us.

“It’s freeing to constantly ask questions through nature journaling,” Fiona said. “We need to develop the courage to ask questions if we want to save the world.” 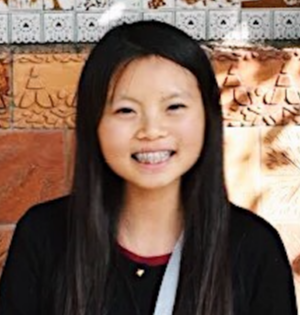 Grace Ling spent most of high school sketching anime comics during class, sneaking four hours of video games into her mornings, and running for her school’s athletic teams. Feeling the academic pressure from her high school’s environment, Ling decided to become a pre-med student in college and pursue a career in STEM.

At Santa Clara University, Ling aspired to become a neurosurgeon and major in bioengineering; however, she found herself constantly yearning to try something related to her childhood passions for gaming. In her junior year of college, a virtual reality lab opened on her campus. Ling seized the opportunity to take a small intro course on the subject, yet she felt unsatisfied with the amount of instruction.

Now, spending most of her time networking and talking with peers about VR, she started to formulate an idea that would combine her love for art, computer science, and biology into one product: a cell-based VR role-playing video game called Cell-fie. Cell-fie allows users to role-play as organelles and create characters that resemble themselves, as they learn about biological processes through acquiring various organelle abilities until they become organisms.

Ling took her computer science education into her own hands and spent months teaching herself to code and 3D model through Game Engine using multitudes of YouTube tutorials. She often felt the challenge of having to learn the skill so much later in life compared to many of her peers, yet Ling added computer science as her minor anyways.

However, her keenness to inspire young women to follow a STEM path motivated her to code a functioning, interactive and educational game despite the difficulty. She hopes that Cell-fie will be used in middle and high school classrooms as a motivational and interactive way for students to gain an interest in biology.

Ling initially wanted to earn her MD-PhD and become a neurosurgeon but from all her new experience in computer science and with Cell-fie, she has decided to change her focus and earn her MS—Master of Science—degree to become a game and product designer.

“Just don’t be afraid to take risks, calculated risks, because everything is a learning opportunity,” Ling said.

In Ling’s presentation, she will discuss her journey with STEM from high school to university and present various art and computer science projects she has worked on throughout her career, including Cell-fie.

Jeff Burch: Can you ride a backwards bicycle? 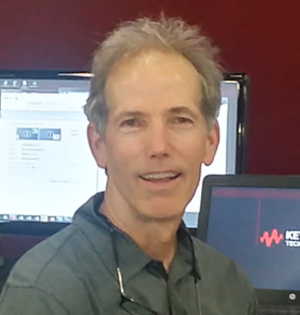 Meet the “backwards bicycle”—a bike that is nearly impossible to ride. On the backwards bike, the rider sits on a seat where the handlebars would be and steers the wheel underneath him like the rutter on a boat. If you’re having trouble visualizing, you’re not alone. The bike is one-of-a-kind, hand made by inventor Jeff Burch out of his garage.

Burch is an inventor at an electronics company, Keysight Labs, and he loves to share his passion for STEAM with students. Burch goes to middle schools and high schools to demonstrate his inventions and promote his field.

“An overall theme of what I try to do…is I’m not really trying to teach [students] anything, because I only have an hour,” Burch said. “But I am trying to inspire [them] and tweak [their] curiosity by showing [them] something that [they] probably didn’t expect. This works with sixth graders, and it works with seniors.”

While Burch doesn’t try to teach his audience anything new academically, he does explain the mechanics behind his projects. The backwards bike, for example, is so difficult to ride because any mistake or jolt in steering is amplified massively, rather than self-correcting like on a normal bike. This can be modeled by a special type of equation that can be applied almost universally in STEAM.

Whether in the workplace, his garage or the classroom, Burch brings his passion for creativity in the STEM field with him.

While he has never done a presentation at Los Altos, he looks forward to demonstrating some of his projects at STEAM week, and maybe even letting a few students test out the backwards bike for themselves. 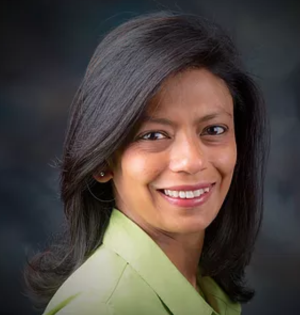 Microprocessors allow computers that used to be the size of a house to fit in the palm of your hand. They are the backbone of modern technology, and since the age of the first computers, microchips have only gotten faster, stronger, better and smaller.

Raashina Humyan is responsible for physically connecting different parts of the microchip with wires. There are several challenges to this, including working on an atomic scale.

“There are these nodes, [as] they call it in the semiconductor world, which [measure] roughly how big the smallest feature is,” Humyan said. “When I started, it was about 250 nanometers.”

Eighteen years later, that number has been reduced to three nanometers, the same thickness as human DNA. For reference, a sheet of paper is 100,000 nanometers thick. These leaps have been huge milestones for microprocessors, but Humyan says the greatest reward was getting to see her own work in action.

“It kind of connected what I had learnt [in college] in a very real sense and I could see something I worked on inside, say, a phone that my son was carrying,” Humyan said.

Despite her passion for her work, Humyan has decided to take some time off and explore more art-based pursuits. She has spent her entire life in the STEAM field, and felt it was time to work a different part of her brain.

The value of creativity and a humanitarian perspective in STEAM is increasing, and Humyan embraces the idea that all pursuits can build off each other and are not mutually exclusive. In Humyan’s presentation on Tuesday, September 24th, she will cover the life of a microprocessor from its production until it is put in an electronic, as well has her own role in the process. 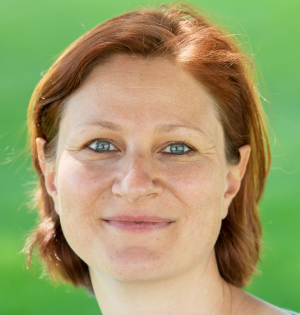 Tais Gorkhover has spent the last five years experimenting with a new groundbreaking technology that has been applied to virtually every aspect of scientific life, from being able to decipher the formation of air pollution to improving the United States’s energy consumption to creating the next generation of computer chips using specialized lasers.

Gorkhover works alongside the people responsible for building the first-ever hard X-ray free-electron laser, which emits extremely bright light in pulses that only last a couple of femtoseconds (one quadrillionth of a second). This instrument allows scientists to observe chemical reactions, viruses and many more fundamental processes of life at the nanoscale (one billionth of a meter). In addition, they are able to quickly take high-resolution pictures of the atoms and molecules before any elements change.

With the massive X-ray laser (LCLS or Linac Coherent Light Source), groups of other scientists like Gorkhover, known as the “users”, utilize the light emitted by the microscope for a variety of scientific fields. The scientists collaborate to uncover what new ground-breaking applications this discovery holds.

“I was immediately amazed by the experience of this pioneering atmosphere where everyone is pulling the rope together and is dedicated to the discovery of this new field in physics,” Gorkhover said.

One of Gorkhover’s most exciting achievements is becoming the first woman ever granted the Panofsky Fellowship which allows researchers to conduct their experiences at the SLAC National Accelerator Laboratory. She felt a lot of pressure from her colleagues to prove herself because everyone knew who she was, but now, more and more women are joining the field and working alongside her at SLAC.

“There is a real change happening in the scientific world,” Gorkhover said. “There is attention being paid [to the lack of women in scientific fields] and people have a clear notion that it is not okay and that we have to work and improve this.”

Along with her research and day-to-day experimentation at SLAC labs, Gorkhover has also helped with SAGE-S (SLAC Accelerating Girls’ Engagement in STEM), a one-week camp at Stanford that aims to inspire young women to pursue careers in STEM and explore their own interests.

“I was touched because these remarkably smart and motivated young women viewed us [scientists] as superhuman,” Gorkhover said. “At the end, however, they realized that we were normal people and that they could do it too.”

In Gorkhover’s presentation, she will present some of her published results from her work with the hard X-ray laser and explain how her path to becoming a scientist impacted her on a personal level. She will also discuss the unforeseen projects that have stemmed from the scientific branch’s exploration phase.

The Talon would like to thank the many parent, student and teacher volunteers who make STEAM Week possible.

Visit this link to learn more about STEAM Week: https://www.lahssteamweek.com/