I am not politically savvy. I take no stance on any political debates nor am I interested in party affiliations or rallies of any sort.

Initially, I was confused — possibly even appalled — that there exist artists who prefer the imperfection of political subjects to the natural elegance of, say, a flower. Even more shocking was the revelation that many artists specialize or even solely paint art for political purposes. While I had my misgivings about artists who enjoy what I perceived was the monotony of politics, I will admit that I quite enjoyed what little of the political art world I was exposed to after a quick Google search.

Political artists take the drabness of something like Clinton’s hair and make it larger than life.They make the dull paperwork of bureaucracy mean something.

Political art, I’ve realized, can appeal to a large number of people since its purpose is to broadcast a relatable message. While it’s often difficult to understand the purpose of some abstract piece of art in a museum, a piece of political art encourages viewers to put themselves out there, as it tries to evoke emotions and create change. It’s a visual call to action.

As a thought experiment, I sketched out a rough little contribution to the vast catalogue of political works despite my detachment from politics. I began by thinking about why I’ve developed such an aversion to politics. Perhaps, I thought, it was the result of the most recent election. With neither candidate being very appealing to me in terms of qualifications, personal history and personality, the choice came down to picking the lesser of two evils. I realized I didn’t care — any opinion I had would not affect the election results.

My sketch isn’t top-tier inspiration, but it is enough for me; the result stands below you, a lovely depiction of my belief that our latest presidential candidates were figuratively, and in my opinion literally, garbage. I by no means expect anyone to feel inspired or rally behind my grand cause of disappointment toward all governmental affairs, but I have developed a greater understanding of that disappointment.

I’ve come to see that political art depends completely upon broadcasting a message. That’s the first step to any action. I know most people are insecure about their art abilities and have no interest in ever exhibiting their works. But in the end, the only thing that truly matters is how much you care about that message, even if it’s as contrarian as apathy toward politics. 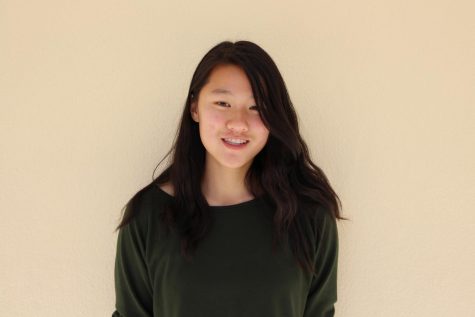