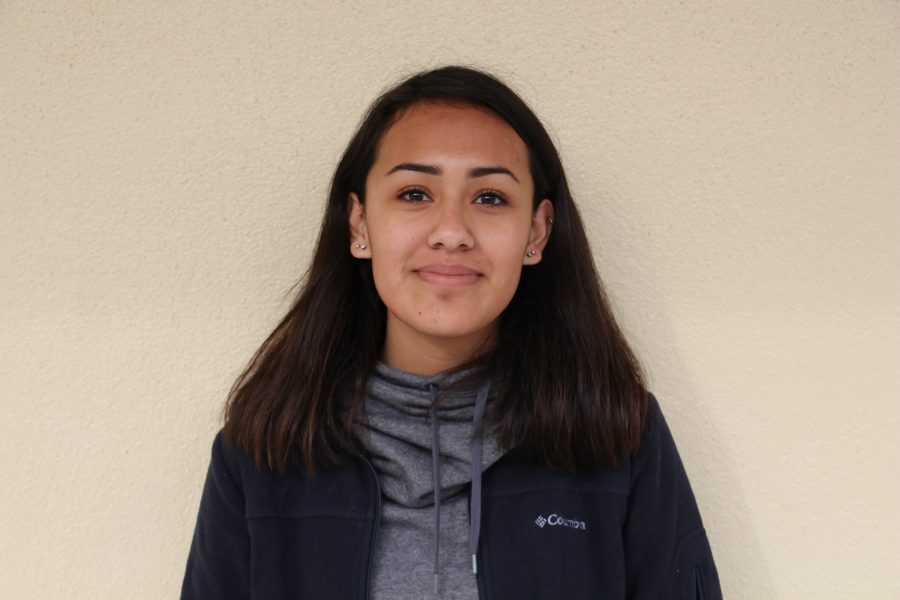 As an undocumented immigrant, junior Cinthya Fuentes’ future is uncertain. The program Deferred Action for Child Arrivals, which provides Cinthya deferred action from deportation, may be under threat with a Trump administration. Photo by Francesca Fallow.

I felt alone for a really long time, but seeing all these people at the protest, I know we have a lot of support.”