My name is Maximilian Weirauch. I was born and raised in Hamburg, Germany and I moved to Los Altos and began attending LAHS in January 2017. The events in Charlottesville reminded me of my childhood and alerted me of the dangerous direction our nation is heading in.

As a child of a German father and a Russian mother, I have a different understanding of patriotism than what I have observed from my American peers. Habits that are completely normal for many U.S. citizens, like wearing T-shirts with an American flag or having a U.S. flag in the front yard, are unimaginable to me.

In Germany, patriotism is rarely expressed in the vibrant manner that I have experienced here. Even though the U.S hasn’t always made the correct decisions in the past, Americans are proud of their history. Germans — not so much. As opposed to Americans, we try to distance ourselves from our past. Americans are proud of their history, and many believe everything America does is the correct and best choice. This ideological problem is the underlying issue that catalyzed the riots in Charlottesville.

When I heard about the events in Charlottesville, I became concerned about America’s transition to a more hateful and racist world. By intensifying the nationalist collective consciousness and the construction of a “we” against the “other” attitude, man-contemptuous ideologies, like the belief that white people have more value than black people, are experiencing an upswing. Its consequences are, among other things, plagues and attacks, which can end in deadly cases like Heather Heyer in Charlottesville.

I became unsure what the goals of the protesters in Charlottesville were and what message they wanted to carry after seeing how some protesters were rallying with Nazi-Flags, Hitler salutes or anti-semitic remarks. These protesters cannot possibly understand the history and meaning of the swastika, or they really believe that white people have more worth than any other race. This belief has to be condemned by society. Even with freedom of speech rights, these deeply racist beliefs cannot spread in public.

When seeing these pictures from Charlottesville, I remembered one experience which transformed my mindset about racial hate. It was the day I visited the concentration camp, Neuengamme, and had the chance to talk to a survivor of a concentration camp who lost her parents and siblings during the Holocaust. I walked on the path hundreds of thousands of young, innocent people, like me, had walked before me. But I could go home in the evening, hug my parents and tell them how much I love them. Six million people never had the same opportunity. All this grief, pain, and suffering evolved from racism. In Germany, radical nationalism caused the Holocaust, and when I see it in the U.S. so intensely, it causes me to shudder.

Today, Neo-Nazi’s are rallying in cities across America, spreading hate and racism in a world, masked under “freedom of speech.”

The brazen display of hatred under the false flag of patriotism has become so accepted in our society that we almost see it as tolerable. Because of Germany’s devastating history, people are not proud and more careful about racism, trying to move away from their stereotype as “Nazi-Germany.” In the U.S., because people are proud of their history, they are less mindful of minorities.

In Germany, people are highly careful about any event where a minority is a target of any kind of racism. In the U.S., this is different. People are not that cautious about their history and racism, and people do not clearly condemn racism as people in Germany do.

Most importantly, the U.S. president does not clearly condemn these racist marches. German Chancellor Angela Merkel, on the other hand, has shown indignance at the right-wing extremist riots in Charlottesville and the racism displayed.

“This is terrible, it is evil,” Merkel said in August 2017. “This is racist, right-wing violence. We must act with all its might, no matter where in the world this happens.”

We, as humans, have to remind ourselves, more than ever before, that we are all created equal, equal in our rights and free in our beliefs. We must stomp out this white supremacist trend from the very beginning. We, as well as President Donald Trump, should clearly distance ourselves from the belief that white people are worth more than any other race or ethnicity, to avoid repeating our history. 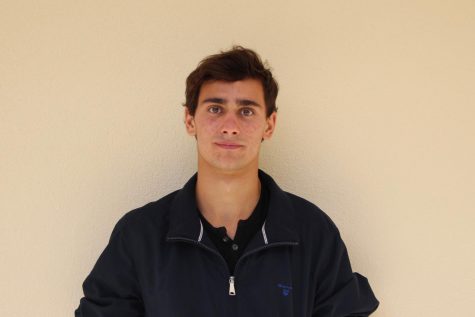