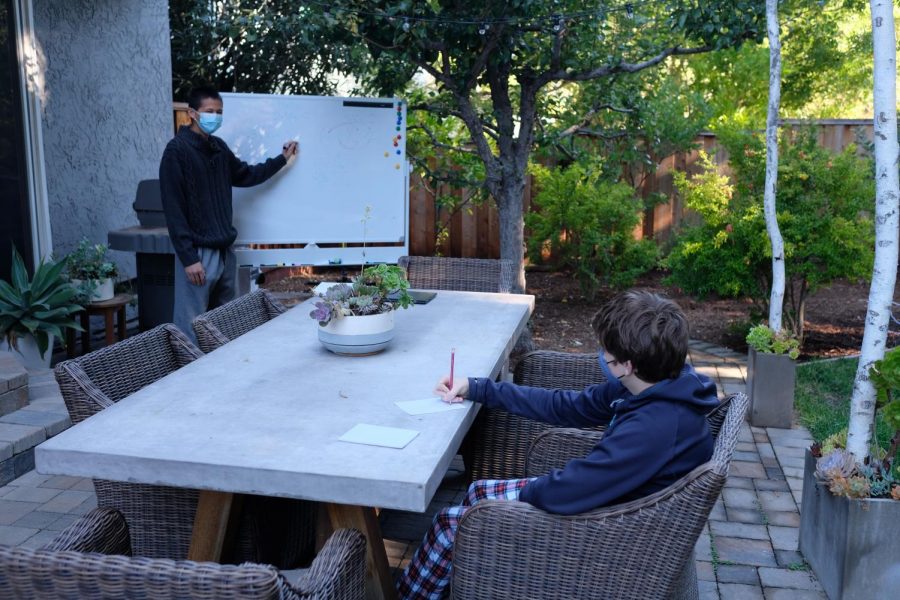 Alex Guh-Siesel, ’20, is pictured tutoring a student while socially distancing through his growing STEM tutoring program Crimson Guaranteed. After his acceptance into Harvard for this fall, Guh-Siesel ultimately decided to take a gap year during which he plans to add more lab skills to his repertoire and continue exploring his passions.

Whether it be through scientific research or peer tutoring, Alex Guh-Siesel, ’20, loves to share his insights with those in his community. At Harvard University, Guh-Siesel hoped to do the same while diving deep into his passions for science and education, including the continuation of his year-long treatment research for celiac disease.

However, his plans took a sharp turn due to the pandemic; he, like many others, never imagined it would have such a devastating impact. Initially envisioning himself still attending campus this fall, he hesitated to defer.

“By taking a gap year, there would be an influx of students next year matriculating as freshmen,” Guh-Siesel said. “Harvard would not be able to guarantee on-campus housing if we deferred.”

After talking with several Harvard graduates, however, Guh-Siesel chose to defer. He realized the value of social, in-person learning and decided he didn’t want to forgo that college experience his freshman year. On campus, he would have to undergo lengthy safety restrictions, including limited interactions with students and staff, testing twice a week and an ultimately sequestered dorm experience.

“I’ve accepted it and tried to make the best out of my situation,” Guh-Siesel said. “There’s that old adage: ‘When life gives you lemons, make lemonade.’ I’ve tried to implement that into my COVID routine and life, and I think I’ve been pretty successful.”

One of Guh-Siesel’s early fears at the beginning of his gap year was finding ways to stay busy, but to his surprise, it’s been quite the opposite — in fact, he’s been overwhelmed with his workload.

The bulk of his schedule includes expanding his tutoring service, Crimson Guaranteed, in which he helps elementary and middle school students with STEM topics either over Zoom or in-person in a socially distanced environment. Additionally, he assists upperclassmen in the college application process and plans to volunteer with Los Altos High School’s AVID program.

As a student majoring in chemistry, Guh-Siesel has also used this opportunity to expand his scientific horizons and learn computational biology. He is continuing to work at the Stanford Calvin Kuo Laboratory — the same place he conducted his celiac disease treatment research last year.

“It’s been a really fun and exciting process for me because I’m pretty new to coding and computer science,” Guh-Siesel said. “A lot of analysis and data can get lost in communication that can really hinder research and the scientific process, so having broad knowledge in a few different fields is something that will be helpful.”

Guh-Siesel is learning how to perform RNA single cell sequencing analysis and aims to eventually become proficient in the statistical computing language R. The learning curve has been demanding at times but is just as exciting for him.

After completing the college application process last year, Guh-Siesel has also had the chance to reflect on his high school journey and determine what he wants to achieve in life. Being half-Chinese but unable to speak the language fluently, he decided that one of his personal goals would be to learn Mandarin and is now taking a Foothill College Mandarin course.

“I thought the college application process, albeit confusing at times, was really an eye-opening experience for me,” Guh-Siesel said. “I learned more about myself and where my interests and passions lie.”

Despite his tight schedule, Guh-Siesel has found time to meet up in-person with fellow Harvard “gappers” he’s been introduced to through word of mouth and social media.

“It’s been great to form these connections now so that we’ll all know each other starting next fall,” Guh-Siesel said. “It’s also helped me stay socially connected with others during the pandemic.”

As for fall 2021, Guh-Siesel looks forward to interacting with other students across various fields on the Harvard campus. Having been a highly-involved student at LAHS, he can’t wait to explore the expansive array of extracurriculars Harvard has to offer.

But until then, Guh-Siesel will carry on with his gap year — and make lemonade. 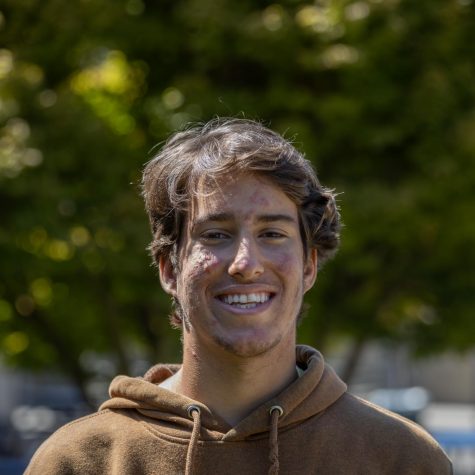