If you visit any classroom at Los Altos, you probably can tell if it’s an AP or regular class by the skin color of the students. It’s representative of an achievement gap that spans across racial and income-based lines, and it’s a problem constantly fought by groups like AVID.

Out of the 813 Los Altos students that took AP exams last year, only 17 percent of students were from underrepresented minorities (Native American, Pacific Islander, Hispanic/Latino, Black/African American) backgrounds. Moreover, 23 percent of underrepresented students took an AP course, compared to 44 percent of white and Asian students. Because diversity has a well-documented record as an educational tool, that segregation places limits on students’ learning environments.

“Every reputable study has shown that an increase in diversity is better for all students,” math teacher Adam Anderson said. “I don’t think you get a real education in a non-diverse setting.”

But while the achievement gap is a recognized community issue, the segregated social sphere of Los Altos often goes unnoticed.

In many cases, friend groups are homogenous. Similar to the classrooms at Los Altos, there is also clear racial imbalance during lunch and brunch.  Certain clubs and classes attract certain demographics because of that fact — and for the most part, the Los Altos community seems content with this reality. However, it has become clear that social segregation fosters more segregation in academics.

“What’s the point of forcing people to diversify?” senior Evan Labuda said. “I mean people are happy with their friends right?”

Years of upbringing establish students’ social circles. If students go to elementary and middle schools with majority white and Asian students, their friends are likely to be of those races.

Comfort also plays a role. Students like junior Hunter Liu find that shared experiences and culture make it naturally easier to relate to certain students — students similar to himself.

“It’s so much easier to hang out with someone who could be your cousin or something, especially when you’re a kid,” Hunter said. “It lets you build better and longer-lasting relationships.”

Is this a form of school segregation? It’s difficult to find fault in students’ desire for the comfort of familiar friend groups, yet it seems problematic that students don’t believe they can build long-lasting relationships with students of different backgrounds. For many, the answer is a resounding no. After all, many students said segregated friend groups aren’t a form of explicit discrimination.

“I could understand the concern [about lack of diversity], but I personally don’t actually see it as that big of an issue,” senior Frank Zhou said. “I feel like the issue only really comes in when someone discriminates against another for not being the same race.”

Desegregation can’t be forced — it’s been tried in American history and has failed. But it’s become increasingly clear that segregation in the social sphere bleeds into segregation in academic classes. For many minority students, the lack of familiar faces in a classroom deters them from selecting a class. Without other students who relate to their experiences, they feel isolated.

“I sometimes go into my AP class overwhelmed because I look around and I don’t see anyone that looks like me,” AVID student junior Andrea Orozco said. “I know especially Latinos, they feel scared or shy to take an AP course because they feel like they aren’t good enough for it.”

Having a friend in a class can be vital for that class to be enjoyable and productive. For those braving APs and honors classes as first-generation college students, it’s often difficult to find people who can empathize with you. Lack of diversity in friend groups perpetuates a world where the path into more advanced classes for underrepresented populations is one taken alone.

“If people know that their friends, especially ones of the same race, are taking an AP class, they’ll have someone to talk to and comfortably ask for help [in the class],” AVID student senior Josh Huizar said. “Personally, the racial balance of AP classes doesn’t affect me. Most of my friends are not Latino.”

Clubs and activities also often face racial imbalance because, naturally, students join clubs that those close to them are a part of.

As a result of never relating or empathizing with others unlike you, perpetuation of seemingly harmless jokes and stereotypes can continue, which ultimately cause lower self-esteem and more segregation.

“You hear people say all Mexicans are drug dealers and they just cause a bunch of violence, but then that Mexican person sitting next to you in class isn’t doing anything to hurt you,” junior Kiora Engelmann said. “You can’t let those generalizations get into your head.”

“People sometimes tell me that I’m really smart, even though I’m pretty sure they just say that because I’m Asian and ‘look’ smart,” Frank said. “It’s not as if I mind being thought of as a good student or ‘smart,’ but there’s somewhat of a subconscious effect on me where I want to meet their expectations. So, I naturally take more difficult classes.”

As a result, segregation occurs from elementary school, leading students to attain differing levels of preparation for high school.

“I went to a dominantly white elementary school, and I think that really helped me choose who my friends are still today,” senior Jennifer Miranda said. “If I had gone to another school, I wouldn’t be the same person I am today.” If social segregation widens the achievement gap, that gap’s damaging impacts only grow. Especially in English classes, different perspectives serve class conversations well. But if an AP Language and Composition course lacks minority voices, discussions around texts that deal with social commentary and critiques are limited.

I went to a dominantly white elementary school, and I think that really helped me choose who my friends are still today”

“If we are reading a bunch of essays on race, but it’s a bunch of white people sitting around talking about it, that is problematic,” English teacher and AVID Coordinator Keren Dawson-Bowman said.

Even in STEM fields, diversity of perspective in the classroom and beyond is proven to provide a breeding ground for innovation. In his book, “The Difference,” University of Michigan professor Scott Page talks about how complex problems are better solved by diverse groups of people because they perceive the problem and the potential solutions in different ways. A study Page performed proved that groups of diverse problem solvers can significantly outperform high performers in STEM fields.

Beyond just improving educational experiences, it’s also a question of preparing students for the real world. Segregation in the classroom, Josh said, keeps people in bubbles where they don’t know other people’s backgrounds, leading to stereotypes.

Teachers and administration recognize this as a problem, and they’re working against the racial imbalance in classrooms. It might be constantly assigning new random seats so students must interact with more peers, like Anderson does in his class, or supporting students in taking new classes. AP Success, for instance, is an initiative designed to help underrepresented students feel more comfortable in the classroom.

Some AVID teachers, like Dawson-Bowman, host pizza lunches with AP teachers and AVID students to make students feel less intimidated. Other teachers encourage new co-workers to recognize the diversity of experiences in their classroom. The attempts have potential to bridge social and academic gaps at Los Altos, as more minority students are encouraged to brave AP and honors classrooms that can leave them socially isolated.

“The more you inquire, the more you realize how many people are coming to this campus with stories that would blow people’s minds,” English and AVID teacher Jonathan Kwan said. “How do you study for two or three AP or honors classes, maintain a 4.0, while you’re living in a one-bedroom apartment with six people, [and] there’s no quiet space?” 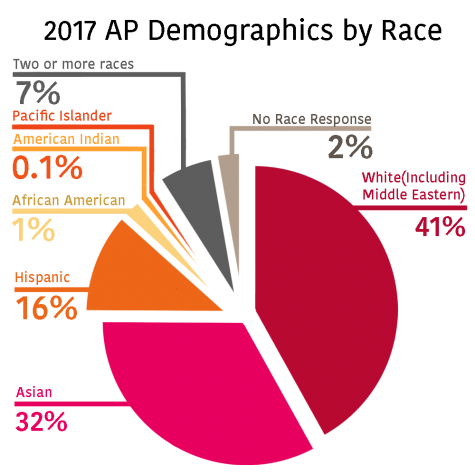 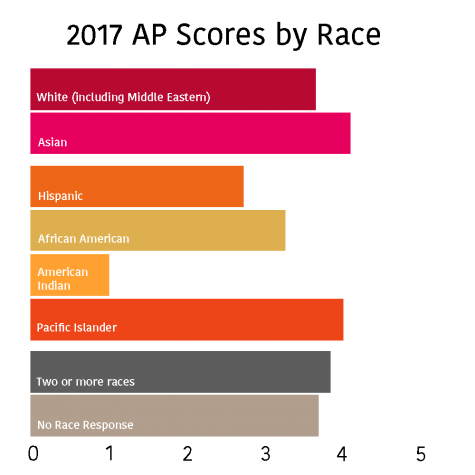