Zimbabwe Run Brings the Joy of Africa to Los Altos 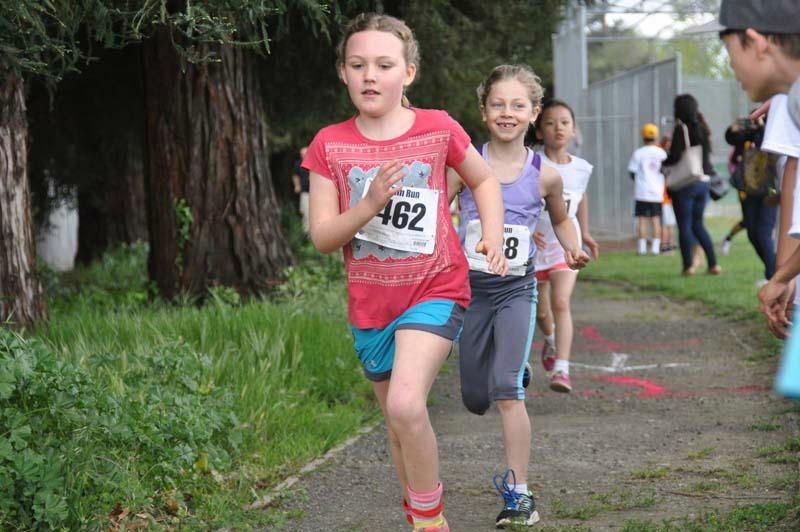 Inspired by a 1997 trip to see her son’s volunteer work in Africa, Los Altos resident Ellen Clark began the Zimbabwe Run in 2000 to support AIDS orphans in Zimbabwe. Three years later, Clark also created the Sustainable Living Foundation, a nonprofit focused on organizing the Zimbabwe Run and other service projects, alongside her family. This year’s run will take place on March 26 at St. Joseph School.

“We saw Zimbabwe up close and personal on our trip there,” Clark said. “We were so touched by the people and the tragedy of their situation, but [they also had this] ultimate joy because there’s a lot of joy in Africa.”

“It’s two way philanthropy [because we are] helping the orphans in Zimbabwe, [and] the orphanage [is] giving back to us,” Clark said. “[The run] started out small and [has] expanded, but the main philosophy [of] trying to keep it for kids in Africa as well as kids right here [has] always remained.”

Because of the emphasis on two way philanthropy, the run includes an Africa-related art contest, Zimbabwe food tasting and educational booths to increase family participation and shed light on the issues that the orphans of Zimbabwe must face. At the same time, Clark emphasizes the importance of educating Los Altos about Zimbabwe’s multidimensional culture.

“When they come to the meet, I think they’re a little more aware of the country [and] they definitely go away with a positive attitude [because they understand] that Zimbabwe is not all about death, dying and AIDS,” Clark said. “There’s the dance, the food [and] the culture.”

Since the inception of the event, the Zimbabwe Run has attracted greater community awareness and support, as well as many volunteers from local businesses and high schools. Some of the run’s volunteers, the Zimbabwe Run Ambassadors, are Los Altos students. They help promote the event and its cause to the community while encouraging participation.

“The AVID program at Los Altos [and] the National Honor Society are very much involved,” Clark said. “From AVID, I have a group of Zimbabwe Run ambassadors [who] promote [the run] and get people excited to come and [participate in] the events.”

The Zimbabwe Run supports local low-income families as well and encourages participation from all members of the community. This year’s main fundraising project hits close to home, as Clark seeks to provide tutoring for orphans to give them access to education, a guaranteed commodity in California.

Ultimately, Clark finds that the fundraising event centers around bringing happiness to both the orphans in Zimbabwe and the children in Los Altos rather than just focusing on money. Trophies for the race are stuffed with Zimbabwe notes of a $100 billion, but the money has lost much of its value as inflation and other factors ended its use.

“I think little kids understand that money doesn’t bring happiness at their own special level because they come and participate in the booths,” Clark said. “We purposely don’t give out prizes [at the booths because] they come for the fun. If people come and have a smile on their face, then we’ve accomplished our goal.”

One of Clark’s most rewarding experiences was her performance of “The Hummingbird and the Forest Fire,” a skit that highlights the importance of any contribution to a greater cause. The original storyline for the act is based on an African folktale. Clark performs the skit at local schools in order to increase awareness about the issues in Zimbabwe.

“[In the story], the little hummingbird goes over and gets a little drop of water and puts out the fire,” Clark said. “The moral of the story is that you don’t have to be big and powerful or have a lot of money to make a difference [because even someone] as small as this hummingbird can make the final difference.”