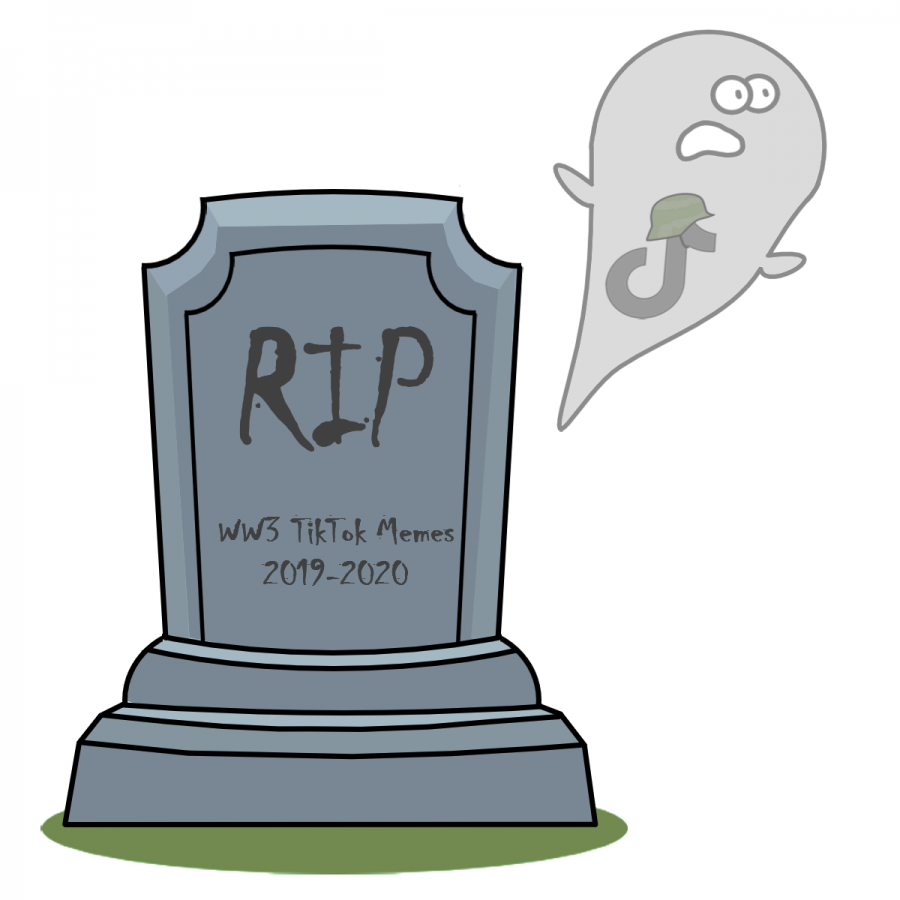 The WWIII memes are terribly disrespectful to the American men and women whose lives are now at stake.

When I first read about the American drone strike killing Qassem Soleimani, I was horrified. It was an extreme and seemingly uncalculated action from an already erratic White House. But what’s scarier is that I’m almost just as horrified by the reaction of my peers as I am of the assassination itself.

Following the attack, teens and young adults have been posting satirical photos and videos showing what they’d do in “World War III” or if they were drafted into the armed forces. I’ll admit, they’re a little funny, except for the fact that they’re insolent and need to stop.

Stop rolling your eyes (I certainly would be, if I were the reader). Don’t “OK, Boomer” me.

The WWIII memes are terribly disrespectful to the American men and women whose lives are now at stake. Americans, whether acting in diplomatic capacities or in the armed forces, are now in imminent danger. And we’re making fun of it all on TikTok.

Some videos feature teenagers dancing to popular songs against green-screened battlefield backgrounds and animated bullets. Others are of young girls declaring their willingness to become housewives if it means they can avoid a draft.

To be clear, the whole idea of a “WWIII” or the return of forced conscription is simply ridiculous; neither’s going to happen, even if we go to war with Iran, and I suspect that most know this. I award five stars for creativity to whoever came up with this idea.

But this kind of creativity was only funny to me the first couple of times—I quickly became embarrassed for the content creators as well as myself. Think about it: American service members are now being deployed to the Middle East to protect the United States, to protect people like you and I. They’re leaving their families to head into a potential warzone, and are already braving rocket attacks at airbases.

And what are we doing? Sharing our “fun” and “quirky” plans to dodge the draft! Making a mockery of the blood and sweat of our armed forces!

Come on you guys. I get that they’re jokes, and sure, maybe they’re funny. In fact, I’ve even seen “WWIII” TikToks made by service members. So, great—obviously not everybody in the armed forces is offended by them.

But my point still stands: these memes and TikTok videos are incredibly disrespectful. Why not say a prayer for our troops? Why not take a moment to respect and appreciate their service? Both of those would certainly be better than making a joke of the potential deaths of Americans.

Look, I get it. These world events are taking place in a country that most high schoolers probably couldn’t point to on a map. It’s easy to feel disconnected, or feel like the violence is somehow unreal and irrelevant. I’m not saying that we all need to salute the flag and be American born-and-raised die hard patriots; I’m certainly not one, nor am I pretending to be happy and willing to serve in the armed forces.

But the point is that there are people that are happy and willing to serve, many of which are close to high school age. Regardless of the reason that they’re in the military, their lives are on the line because they’ve been sent into danger—for our sake.

So please, just stop with the TikToks. It won’t hurt you. You don’t have to go so far as to hang up the American flag in every room of your house and wear only red, white and blue, but at the very least don’t mock our service members.