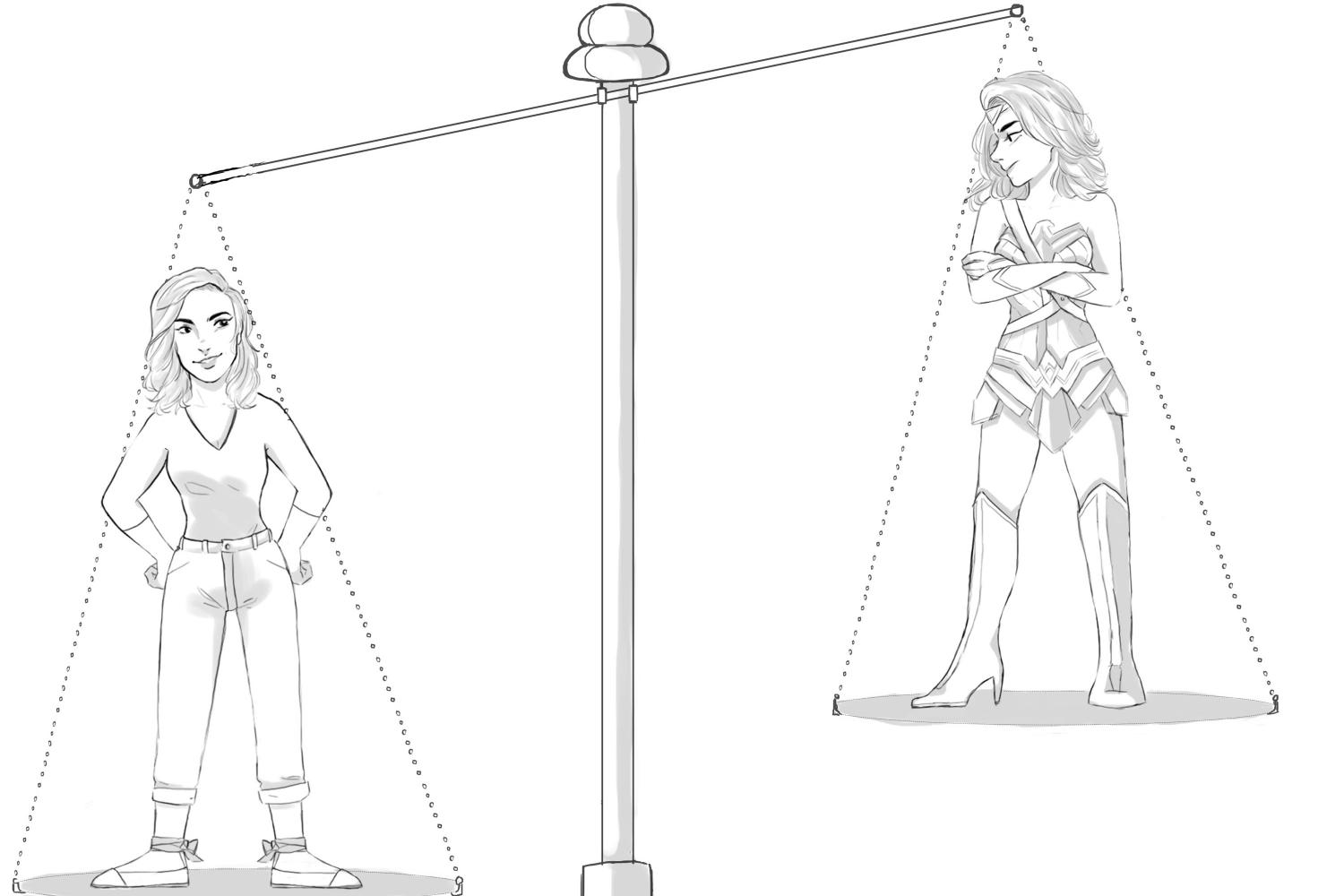 Since her comic series debut in 1941, Wonder Woman has been the most well known female superhero in America and a necessary voice for women today. With highly anticipated movie release of “Wonder Woman” on June 2, Marvel broke box office records by reeling in a whopping $103.1 million on opening day.

Yet “Wonder Woman” disappointed by most accounts. While it left some of the internet’s harshest critics raving, some of the film’s most climactic scenes left me clutching my head in despair. Furthermore, it failed to address the majority of issues sexism presents for women today and stressed sexist stereotypes by depicting Wonder Woman as an oblivious do-gooder.

Despite the poor quality of the movie, one main factor of the film’s success is Gal Gadot. Along with her stellar performance, the actress behind Wonder Woman is a hero of her own. A veteran of the Israel Defense Forces and a working model, Gadot has led an untraditional life. She won the title of Miss Israel in 2004, joined the Israeli army in 2005, and subsequently entered law school, all before beginning an acting career.

She has dedicated her time to being a strong advocate for women’s rights by sharing her views on controversial points and stressing the difference between feminism and misandry. The bold statements she makes are an inspiration to women and girls around the world. In an interview with Glamour magazine, she spoke about what feminism means to her.

“Feminism is about equality,” Gadot said. “I want all people to have the same opportunities,”

The actress’s heroic nature played a significant role in “Wonder Woman” gaining popularity. But considering the sheer number of positive reviews, I anticipated the film to be brimming with adventure and a real call to action for feminists around the globe. I watched interview after interview with Gal Gadot, and imagined how the plot would play out. I truly believed that the director Patty Jenkins would present Wonder Woman as a role model that would inspire women and girls. What I got instead was a half-hearted attempt at feminism.

Contrary to popular opinion, the movie missed the “revolutionary” mark by a long shot. It solely focused on how women were treated 80 years ago rather than how women are treated today. The historical aspects perceptually shelve gender equality issues into the past, and Wonder Woman’s success story can be easily misconstrued to imply a post-sexist world in the present.

Many may point out that the original comics were set in the 1940s. But with the heavy gaze of the public eye resting on the film, the creators should have taken this chance to make a true feminist statement. However, they failed to reference modern struggles of women, which could’ve been highlighted with a sly line as “The Office” and “The Simpsons” have with numerous other works, or by simply emphasizing inequalities that still exist from 80 years ago.

Likewise, women are still being sexualized at inappropriate times — a controversial issue that Wonder Woman’s costume has faced. Many women have spoken out about the superhero’s ensemble, claiming that it shows an inappropriate amount of skin and that realistically, it would be unnecessarily uncomfortable for battle. As a result, she was stripped of her recently anointed title of honorary ambassador for the empowerment of women and girls by the United Nations. Similar to the many opportunities that this movie failed to grasp, this costume change could have been the radical change feminists were waiting for.

Perhaps by casting the real life superhero Gadot as Wonder Woman, the producers felt less of a need to raise awareness for women’s rights despite the film’s feminist reputation. In many ways, “Wonder Woman” failed to meet expectations and prevented the hero from living up to her potential.

Although Gadot is a devoted feminist, her decency can only overshadow so much. Hopefully, the movie’s sequel will succeed in being a true feminist movie by portraying its characters fairly, regardless of gender. We owe it to Wonder Woman.