The Los Altos Athletic League presented the winter sports awards on Wednesday, March 27, in a ceremony held annually to recognize and honor student athletes. Coaches and teammates congratulated the distinguished girls and boys in the basketball, soccer and wrestling teams as they stood in the gym, their parents looking on in the stands. The student athletes won awards given based on either the coach’s selection or a vote from the team. 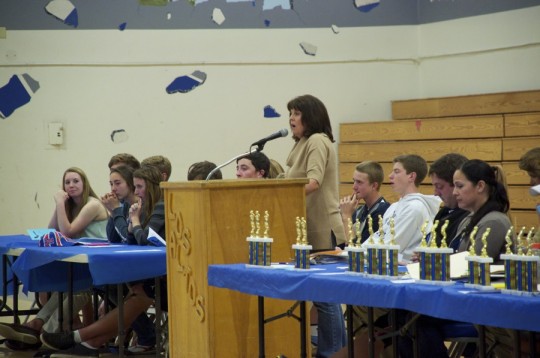