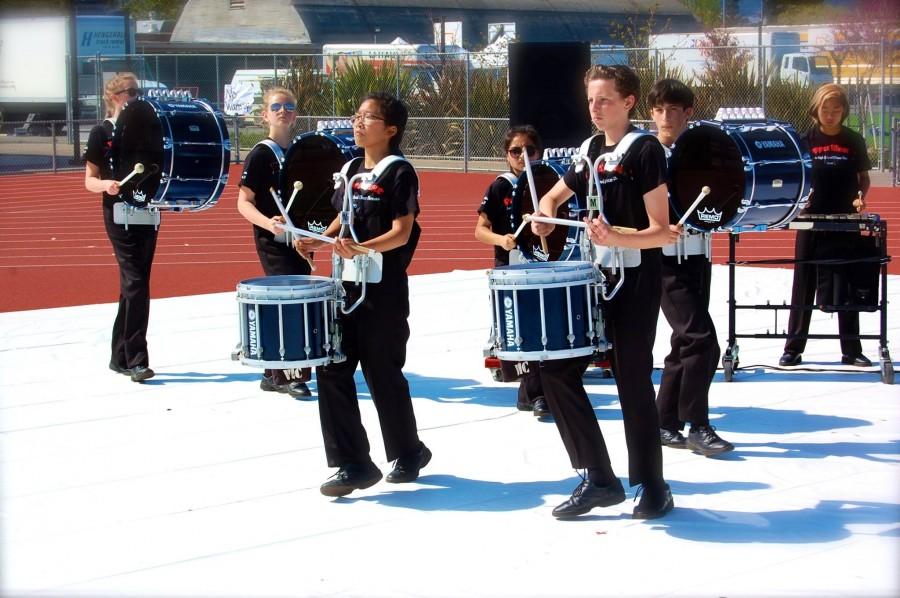 The Los Altos High School winter percussion team successfully wrapped up its 2015 season on Saturday, March 21, placing fourth out of 10 in its final competition at Fremont High School.

Both performers and instructors alike are satisfied with the overall results of their first ever winter percussion season.

“Our recent show at Fremont High School could not have gone any better,” freshman Christian Tensuan said. “It was the best performance of the season by a long shot, and a great way to end.”

At 0.82 points away from the second place, Los Altos scored competitively. The team placed second out of six teams in an earlier competition, but it still feels that an overall placement in the top five is an achievement.

“All that mattered is how satisfied we felt after we finished our performance,” freshman Daniela Millan said. “We weren’t there to please the judges, we were there to please ourselves with all the hard work we had done throughout the season.”

The winter percussion team will not be attending the California Color Guard Circuit (CCGC) finals in Indianapolis, Indiana. Winter percussion teams all over the country compete there in different categories and levels. As this has been the first year of the Los Altos winter percussion program in 26 years, the team will not go to finals due to lack of financial aid. With sufficient funding in the next year, talks of a trip to the finals in the future may soon be finalized. As for now, the team is pleased with its accomplishments this initial season

“The overall season is a great starting point for the program as a Los Altos tradition,” junior Duane Scott said. “[We made] our name be a ‘force to be reckoned with,’ so to speak.”