Why Should You Care About Politics

Let’s face it, sometimes students just don’t find a reason to care about politics. Sure, we hear about it all of the time in class and on the news, but as long as the daily routine of high school life stays put, so do our attitudes towards politics and government. Although this stands true for most of us, there is a vital reason to care about such seemingly remote subjects.

As young adults in the making, high school students in particular need to begin understanding the power the government holds over their future. The most immediate impact from the government is paying for college; many students plan on applying to state-funded colleges and universities come senior year.

According to the University of California (UC), the state government only gives UC schools approximately $2.38 billion out of $24.1 billion needed each year to operate (as of 2012-2013). This is only 11 percent of the entire annual UC budget, in contrast with the 13 percent of the entire annual budget ($3 billion) brought to UC schools through student tuition and fees.

With the economy still in decline, this amount of state funding will only decrease while student tuition costs rise. If students do not understand how UC schools are funded, they will only know that tuition and student loans (from the federal government) are getting higher without any idea of what is behind the increasing costs or how to change them.

More importantly, students must realize that educating themselves on political matters is not in vain. The most effective way to make a change is to vote; In fact, statistics show that young voters are making a sizable impact on important selections of officers, particularly presidential elections. According to Center for Information & Research on Civic Learning and Engagement, in 2012 young voters ages 18 to 29 chose Barack Obama over Mitt Romney 60 percent to 37 percent—a 23 percent margin, according to National Exit Polls. The election resulted in Obama winning with 10 more electoral votes over Romney, which shows just how powerful young voters are in choosing important political leaders. Moreover, these young voters make up 21 percent of the voting-eligible population in the U.S., which totals a staggering 46 million eligible young voters. That is seven million more than the seniors eligible to vote.

Forty-six million. These 46 million youths need to know exactly who they are voting for and exactly what kind of politicians they need in their government. This is especially true concerning a generation entering an economy in the wake of the 2008 recession, as this generation has the ability to take action to prevent impossibly high college tuition costs, unreasonable student loan rates and rising taxes to contribute to higher living costs.

When you graduate from college and move directly into the workforce, insurance, taxes, job opportunities, housing affordability, retirement funds and many more vital living issues are directly related to the types of politicians voters elect. As long as young people do not educate themselves about the types of politicians in the government that shape their lives, they will forever be living under conditions and laws that were made to enhance the lives of the generation before, not the current generation of millennials with new technology, ideas and needs.

That said, a force of 46 million strong young voters can change and improve their generation’s living conditions. To know about which politicians best represent your generation’s needs and people, start looking into the major political parties in the government. Start educating yourself on what the possibilities are for a better future. And when the time comes, be prepared to take action to make a difference in your own life and the lives of millions of other Americans like you. 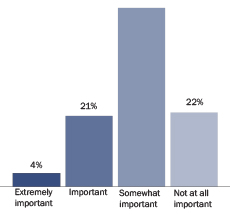