Why I’m technically a criminal

The absurd illegality of running through a park 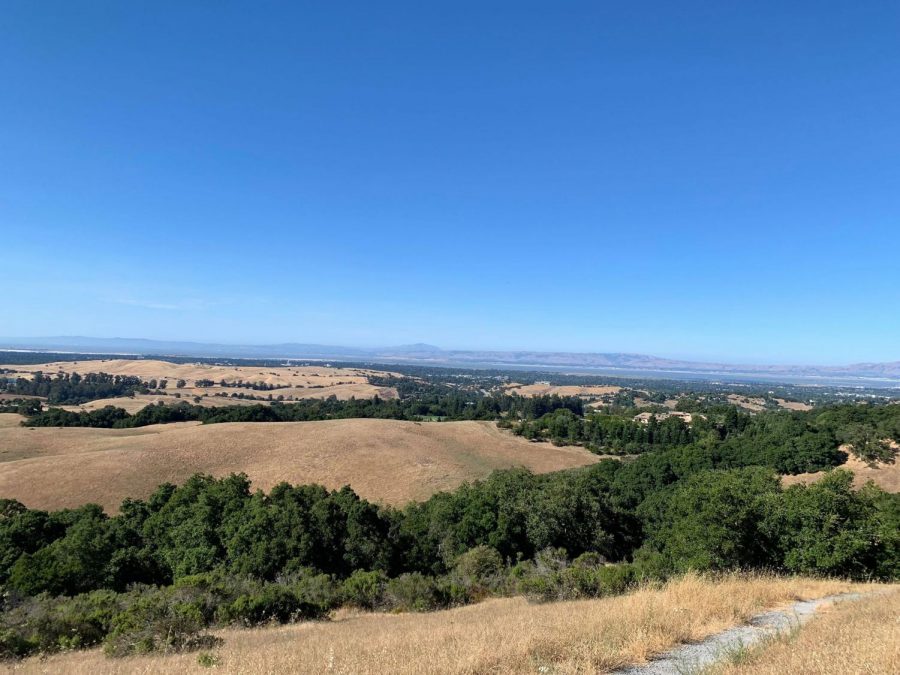 A view of the bay from the top of Vista Hill which sits near the park entrance. Spots like this set the park apart from other nature preserves in the area. It’s a shame that non-Palo Altans are barred from entering the park, with the threat of a misdemeanor.

A couple of days ago, I found out that I stand alongside burglars, shoplifters, vandals and prostitutes. As per Palo Alto Municipal Code 22.04.150, I’ve committed at least fifty misdemeanors since June.

Why, you might ask, does the city of Palo Alto categorize me as a criminal? Hold your breath: I go running in a nature preserve.

That means someone could break into a house, steal the toaster, trample the roses on the way out, then end up picking up trash along the highway with Deborah who just wanted her steps for the day.

The preserve that I refer to is Foothills Park, which was supposedly purchased from private owners by the city of Palo Alto in 1959. Other neighboring cities (Los Altos, Los Altos Hills) were asked to join the purchase, but declined. Thus, the park is open only to Palo Alto residents, and it’s considered a misdemeanor for anybody else to enter (because that obviously makes sense).

According to the city, some of the acceptable forms of identification include utility or phone bills, rental or lease agreements, a report card, or a school issued letter with a home address. Imagine that! A Palo Altan runner’s checklist: phone, wallet, keys and… water bill.

I think it’s absurd that the Palo Alto city council still maintains such a policy. Does a purchase dating 60 years back warrant such a thing? While I’m not accusing the council of being elitist—something which other proponents of an open park are—I am accusing them of being just… silly.

Foothills Park is breathtaking; a stunning view of the bay can be found just under a half mile from the park entrance. Boronda Lake sits not even 50 yards from the front gate. The steep, winding trails through nature are a joy to run on (or walk on, if that’s your thing). I’ve gone running in a number of nature preserves, and Foothills Park is by far the most enjoyable.

But aw shucks, my family’s utility bill is addressed to a Los Altos home.

I can understand the value of there being limited access to the park. Part of the reason that it’s so beautiful is because of its cleanliness and maintenance; kudos to whoever maintains the park (and yes, funds it). Being able to go for a run against a backdrop of seemingly untouched nature is something that’s hard to find. After all, I’ve only ever found one used condom.

So fine, I can see part of the reasoning behind keeping the park closed. But really? What precedent is there for such a policy? I’ve certainly never heard of a city barring non-residents from entering its public lands.

Let’s be clear: it’s easy for anybody to enter the park on weekdays as there aren’t any rangers present at the front entrance. You can even enter on the weekends through the adjoining Arastradero Preserve to bypass the front gate (though that adds a few miles to your walk/run).

But what about those that don’t know that? It certainly isn’t advertised. The imposing “Palo Alto residents only” sign could easily scare off any nature-lovers who prefer not to trod down the criminal path (ha… get it?).

I’m not saying that park entrance has to be free. Heck, I’d pay to get into the park. If entrance fees would contribute to the maintenance of the park, then I’d be more than happy to cough up a few bucks to get in a good run. The “Palo Alto residents only” sign only serves to rob many of the opportunity to experience the preserve.

Why is such a resource only accessible to residents of a given city? What makes Palo Altans so special? Has empirical evidence shown them to be careful stewards of nature, more so than residents of other cities?

In all honesty, opening the park to all would be a nominal gesture; I don’t foresee thousands flooding onto the trails and destroying the carefully preserved environment. But what is plain to see is how ludicrous Palo Alto’s policy is.

It’s an admittedly trivial matter—there are plenty of other places which come close to Foothills Park. I should be thankful that I have access to so many great pieces of nature.

But seriously, come on. Can’t we all just share?