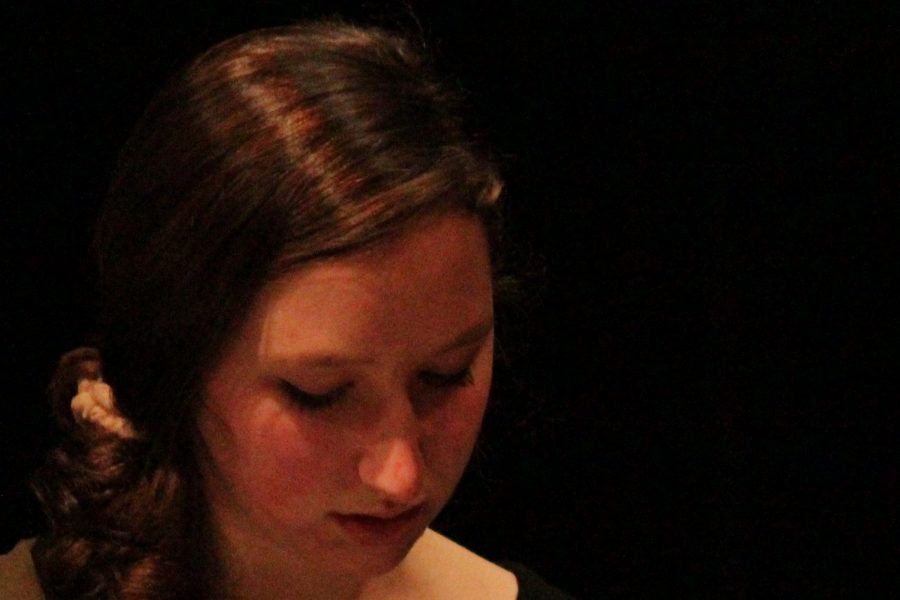 By Ross Avery and Bobak Afshari

Actors often speak of the “role of a lifetime,” a character that aligns so perfectly with their beliefs and experiences that it can’t be passed up. For senior Amy Meyerson, that role was Alice, a troubled teenager who struggles with drug addiction and mental illness in “Go Ask Alice,” the upcoming Broken Box show.

Amy was able to draw parallels between Alice and herself, particularly in their common struggles with mental health.

“I saw a lot of myself and my vulnerability in the character and a lot of self-esteem issues and insecurities, which I think a lot of people can relate to,” Amy said. “Obviously I haven’t experienced the same things as Alice, but I’ve had times when I’m just so frustrated and anxious that I don’t know what to do.”

Four years ago, Amy’s mother, who had been struggling with depression, committed suicide through a drug overdose. In the time that has passed, Amy says she has seen herself make great strides.

“I’ve been healing and growing,” Amy said. “The further I get from that experience, the less it affects me.”

“I would always be thinking, ‘I need this, I want this part so badly,’” Amy said. “It just consumed me. I’m a very emotional person, and I wanted to use that for something.”

In order to get into character, Amy has had to push herself past anything she has known before. She uses her past struggles to not only empathize with Alice, but to fully commit to the character.

“When I was practicing my monologue for the audition, I took out these three poster boards I had from my mom’s funeral and encircled myself with them,” Amy said.

Although Amy welcomes the opportunity to play such a challenging role, she acknowledges the emotional strain it places on her. She tries to keep a separation between the character’s traumatic experiences and her personal life.

“[Broken Box Director Nancy] Moran said that you know you’ve done a good job if you feel emotionally exhausted, which is so true,” Amy said. “I just didn’t want to get so emotional that I couldn’t put the part away in a little box anymore when I was done.”

While Amy was reading the script, she noticed the absence of some important details. She knew she had to take action.

She also notices some key differences between herself and Alice.
“Alice bounces back quickly and the recovery process in the story is very up and down,” Amy said. “She’s kind of one-sided in some ways, but for me it’s so much more than that. I just hope the way we portray it can go beyond that.”

Amy, who says her own mental stability has improved considerably this year, views the role as a source of great pride.

“I just try to tell myself, ‘This is me,’” Amy said. “I learned that I have more potential than I thought I did.”