When a Hijab Becomes a Warning 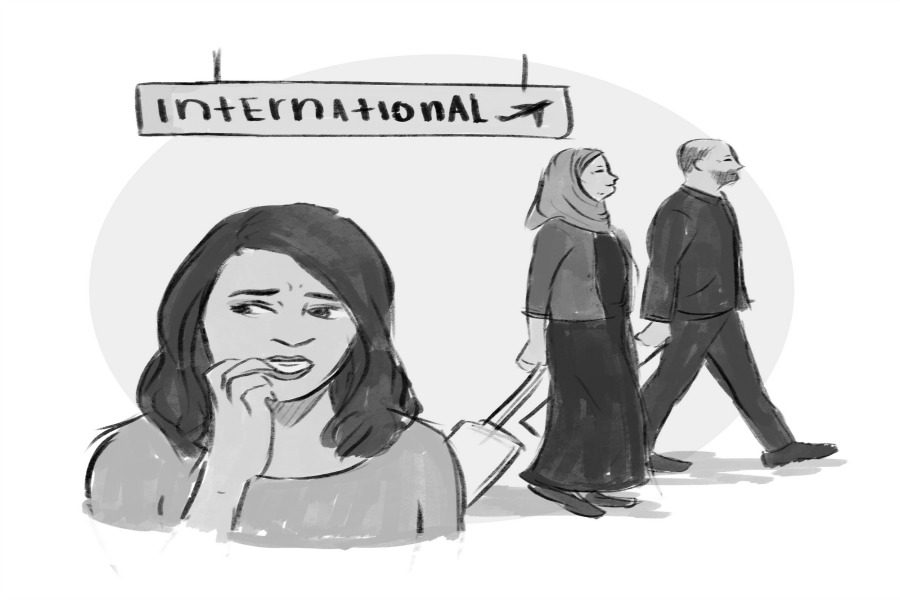 It’s not uncommon to see a Muslim woman wearing a burkini, a tunic outfit with loose pants made with swimsuit material. It’s an alternative to the revealing mainstream swimwear that contradicts their modest religious values. But last month on a beach in Nice, France, armed police accosted a Muslim woman wearing a burkini and ordered her to remove part of her clothing. Close to 30 French towns have tried to ban the burkini, to prevent citizens from showing apparent solidarity with extremists. Though the proposed “burkini bans” have been struck down by French courts for being “unconstitutional,” current French president Nicolas Sarkozy has responded with, “Then we’ll change the constitution.”

Sitting at home, reading Facebook posts about the burkini bans, you may have been surprised to see such hateful actions taking place in a country like France. But in reality, France and the United States are not all too different. They’re both first-world developed countries, targets of several extremist groups and also home to Muslim minority populations. Both countries have been targeted horrifically often, to the point where it doesn’t come as a complete shock when we see the news headlines.

To some extent, the response of the French has been understandable. It seems that behind each of these tragedies is a bearded, brown-skinned man. The natural human reaction is to stereotype, and under such extreme circumstances, we can’t be surprised that the French government has become wary of people who look similar to the ones that attacked their capital. But neither the United States nor France has an excuse to treat their Muslim citizens like bombs about to go off.

The anti-Muslim sentiments in the United States aren’t too different from those in France. Hate crimes committed against Muslims peaked in 2015, exceeding any year before. The Republican nominee for President has spit out hateful rhetoric about banning Muslims from entering the U.S. How am I supposed to feel safe if a presidential candidate, along with politicians currently in office, are making these kinds of statements?

Everything that has happened in France in the past couple months makes me question whether my grandparents will ever be able to travel from India to visit us again, like they did this summer. India is home to 180 million Muslims; what’s stopping the United States from rejecting Visa applicants? If you’ve recently traveled to a Muslim country, will you be able to re-enter the U.S.? The fear and fever of extremism catch on more quickly and more intensely than anyone could have imagined, and it’s not something that only affects French citizens across an ocean. It worries me, and maybe one of your classmates, and maybe one of your neighbors.

So next week, when my grandparents fly from Chicago to Dubai, I will be worried about them. I will be running horrific scenarios through my mind because yes, my grandmother does wear hijab, and my grandfather is almost deaf, and they are both old. They use prayer beads during long journeys, and if an ignorant, hyper-aware passenger hears any hint of the word “Allah,” I don’t even want to think about what could happen.
The extent to which this fever has caught on is appalling. In Europe, police are telling women what they can and cannot wear. Right here in California, one of the most liberal states in the nation, I’m scared for my grandparents’ safety on an airplane. I can’t tell you which one is more bizarre.