What Makes a Good Coach 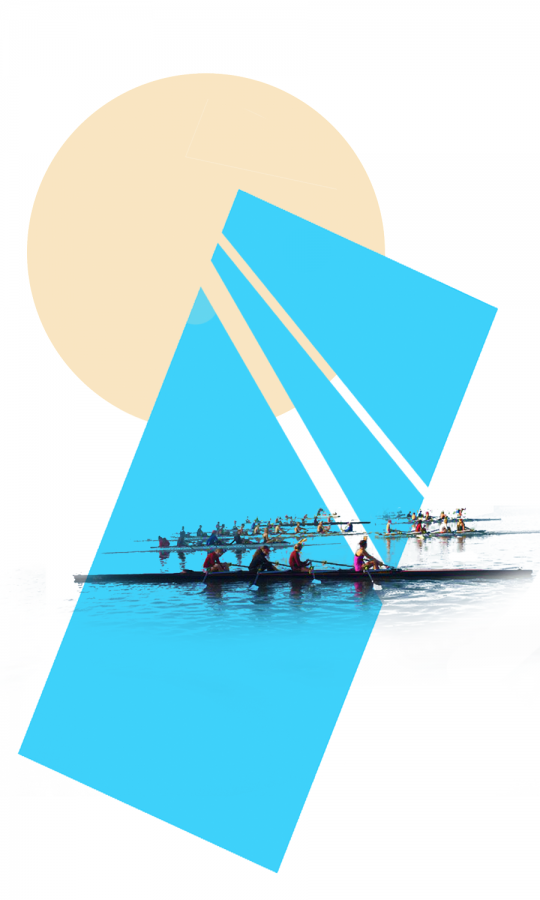 In my experience, there are two types of coaches: manipulative and straightforward. Of course, they come with varying intensities of aggressiveness — but I’ve experienced what I believe to be the polar opposites. I’ve been rowing for three years now, and I’ve trained with six different coaches. The two most effective were on either end of the coaching spectrum.

I’m still rowing for my first crew coach, Monica. She trained me from my initial wobbly novice strokes to my considerably-smoother varsity strokes today, and I certainly owe the majority of my success to her.

Monica is a manipulative coach, and her style comes with both ups and downs.

It wasn’t until I had been taught the rowing stroke that she took me out on the water for the first time. Her patience with my quad of beginner rowers was the most admirable aspect of her coaching abilities; rowing takes lots of trying and failing to get it right.

In the following seasons, I uncovered more of Monica’s tendencies as a coach. I started to notice that she had favorites, and wasn’t particularly subtle about it.

While she tends to favor the most accomplished of the team, not all are necessarily the fastest or strongest. Monica gives her attention to rowers she knows will flourish with it, and she purposely pulls back from certain rowers, knowing they will work even harder to be recognized. Monica plays a game of mental manipulation, but it’s an effective game nonetheless.

Her boat placements sometimes seem to be created by spite; one of my best friends was convinced Monica blamed her for her accidental back injury. Since we don’t get to see the whole picture and can’t really get into her head, it comes across passive aggressive.

Monica can seem intimidating, but it’s always clear she cares. At the beginning of each season, she makes sure to check in individually with rowers, usually under the pretense of a boot camp or an ergometer test, to update her covert evaluations of our strengths and weaknesses.

Ultimately, every athlete is a person behind the muscles, and Monica can read her rowers. Being able to understand the personality of an athlete and tailor the coaching style and advice to each individual has the greatest benefits.

Over the summer, I attended a Development camp in Seattle. We were up at 4 a.m. daily to face three full 2.5-hour workouts before traveling to Canada at the end of the camp for the British Columbia Championships regatta. Before I had left for camp, I was warned about the head coach by those who had attended years before.

Conal, the head coach, was the epitome of aggressive. I only worked with him for three weeks, but that was all he needed to be effective.

With a radical focus on efficiency, Conal controlled the camp with a militant style. He had no tolerance for the “learning curve;” either you caught on to the system immediately, or you would get left in the dust. If anybody was caught wasting time, they were swiftly punished with sets of 100 jump squats.

After one particularly difficult ergometer workout, when the group was supposed to be cooling down on the standing bikes, one of the girls, who just happened to be blind, was trying to get in more work. She hadn’t done particularly well on the erg pieces and had clearly not pushed herself to her limit during the actual workout if she had enough energy to be breaking a sweat on the bike. She didn’t see Conal come up in front of her and ask, in a deadly low voice, “are you trying to do an extra workout?”

The volume of his voice rose fifty decibels as he began to explicitly berate her, working himself into such a fury that he crumpled his plastic cup with his hand and threw it forcefully against the loudspeaker. The girl left the room in tears and left the camp only a few days later.

Conal’s process may not have been the kindest or most ethical, but it forced us to push ourselves. Our fear of him scared us away from failure, convincing us that there was no physical limit to our own success. His incessant insults made a compliment the greatest prize, which we chased after eagerly. My own greatest moment at camp was during the video review, when Conal made the rest of the group watch my own technique, then said: “you only have to fix two things, and then the rest of your team is f*cked.”

His balance between treatment of the individual and the group was his crowning skill. By focusing on individual work and staying dedicated to giving personal attention, each rower learned how to feel the mistakes that were unique to their own bodies and habits. When it came to the whole group, he treated everyone with equality and respect, or at least his version of it. He expected every teen to behave like a mature adult, and so we did. He made a clear distinction between “fair” and “equal,” and “equally in pain” became the group mentality.