What Does it Take to Win CCS? 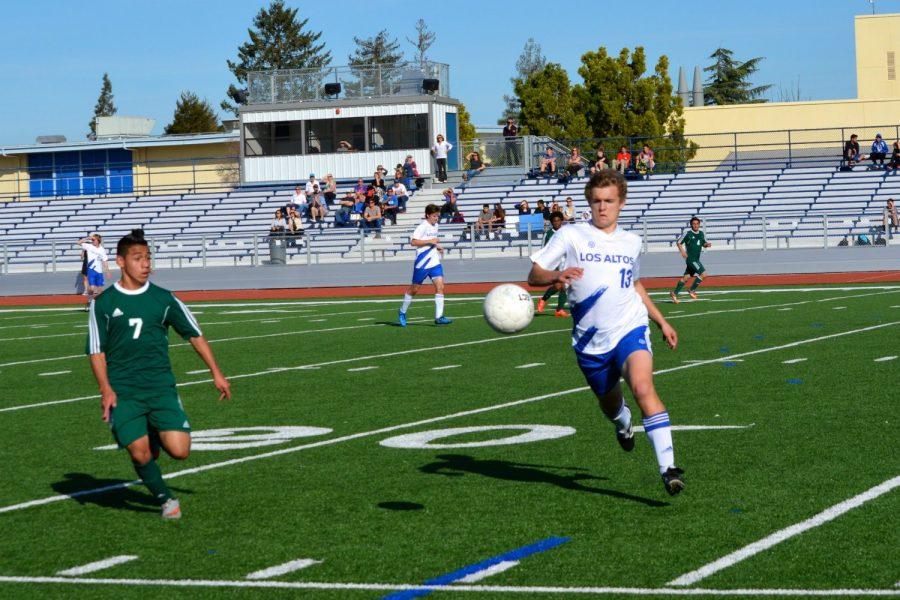 By Eric Thiem and Ben Zaeske

When it comes to advancing in CCS, there are many factors that come into play. How prepared is the team? How prepared are the individual athletes? How does everything come together on that specific day? Often times, the win hinges upon so many factors that it’s hard to predict what’s going to happen before it already has.

A key ingredient to finding success in CCS is proper preparation and diligent training, which allow athletes to go into a meet feeling confident and ready. However, as important as training is, it is not enough to carry any one team or any individual athlete all the way through CCS finals alone. A team needs to be capable of working effectively and trusting each other, with a  competitive mindset that pushes each athlete to the win.

Senior Albert Gwo, who placed first in the 50 and 100 meter freestyle races in CCS in both his junior and senior year, can attest to what proper preparation can do for an athlete’s confidence going into a meet, and thus their performance as well.

“What was most important was that going into the [CCS] competition, I knew I had done enough training and I had done more than my competitors,” Albert said. “The most important thing for athletes is going into a competition and being confident enough that you have already done the work and not freaking out last minute and trying to fix anything.”

Training well allows athletes to go into a meet or a game feeling confident and ready, but more importantly, it shows athletes where they stand in comparison to where they want to be. An athlete’s training is a good indicator for how they will perform, and knowing this allows athletes to head into a meet with a few less unknowns. But if you’re aiming for the CCS title, there’s something else that is needed, which is a little harder to come by and a lot harder to perfect: team dynamics.

Having the ability to work together cohesively as a team is crucial for success no matter how talented each individual athlete is.

“One of the biggest things about having a team sport is you can’t just focus on your own individual skills but you need to focus on how you interact with your teammates on and off the court,” senior boys volleyball captain Nathan Smith said. “There’s a lot of trust you have to build with teammates in making sure not to take over what they are doing or else you both fail.”

Seniors Carina Burdick and Juliette Martin won CCS in doubles tennis this year. The two have also competed together in numerous tennis competitions outside of school. Carina attributes a lot of their success this year to their chemistry on and off the playing field.

“I think that [the reason we won] was because of the friendship we had established since fourth or fifth grade,” Carina said. “We practiced together a lot and established our growth together throughout our years in tennis.”

Being comfortable with the competitive aspect of a sport is another key for finding success in CCS. Competition is the drive of many athletes who make it to CCS finals, and is something that pushes them throughout the season, whether it’s during practices or in the final moments of their game or race. Where other athletes might crumple under pressure, champions flourish within it.

“Tennis is a very competitive sport,” Carina said. “It’s you versus the other player and everyone is always competing. Competitive mindsets can get you a long way in tennis.”

Often times, many athletes find that they enjoy competition. Those who are able to find their competitive drive and use it to push themselves are often the ones who are able to pull off the win in CCS.

“Most of my [competitive mindset] is having fun while I compete,” Albert said. “My competitive mindset while I’m at the meet is as my coach puts it, just [getting] my hand to the wall first. But I think for sports, competition is what keeps athletes in the game… It’s super fun to compete with everyone.”