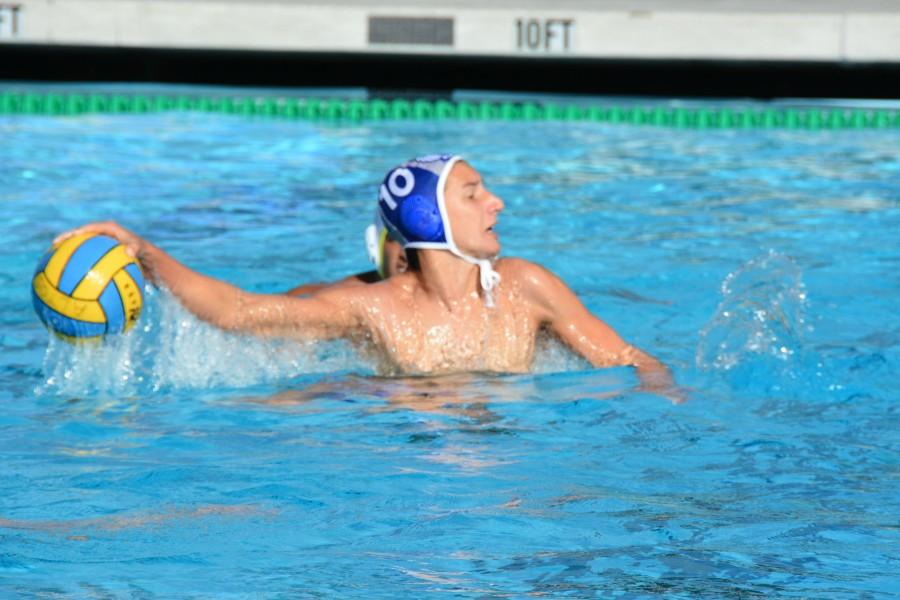 Before the game had even started, Los Altos was already ahead of Mountain View in player ratio. Overall, the Mountain View team only had a total of 9 players, while the Los Altos team has nearly 17 players. This meant that tired Mountain View players would not be able to get any rest while fresh Los Altos players could easily swim up and down the pool.  Senior team captain Jim Hollingworth scored a goal in the first quarter, and then again in a 6-on-5 power play. Los Altos stayed in the lead, playing steadily and not letting up its defense. Sophomore goalie Connor Brett blocked a few strong offensive shots from Mountain View.

Los Altos showed no sign of letting up during the second quarter. Jim scored another goal, leading a 3-0 over Mountain View, but Mountain View answered with its first goal of the game. Instead of backing down, the team patiently passed around the ball until a 5 meter penalty was drawn by Jim driving in. After Jim got another goal from the penalty, Los Altos blocked attempt after attempt and continued its passing. Junior Nick Rodriguez drew an ejection, with sophomore Eric Warmoth scoring shortly afterwards in the ensuing 6-on-5 play. The first half ended 6-1 in Los Altos’ favor, with Jim scoring his fifth goal.

Mountain View fought back the third quarter, their defense stronger and passing more precise. They scored shortly within a minute. Junior Ryan Fisse scored his second goal, bringing the score to 8-3. With three minutes and twenty seconds left, Los Altos called a timeout, drawing out a play and resulting in Eric drawing a 5 meter penalty, but the Mountain View goalie blocked Jim’s penalty. Mountain View ended the game with a final score of 8-4.

“[A major takeaway] is playing four full quarters because we started letting up that last quarter,” Kyle said.

The game highlighted the team’s cohesive style and dynamic. They are hoping that this win is the start of many more.

“I thought we had a very strong start to our season, and last year the two times we played Mountain View, they beat us by over ten goals so we are very happy to bounce back this year and get the [third] win of our season,” varsity head coach Seth Tasman said.