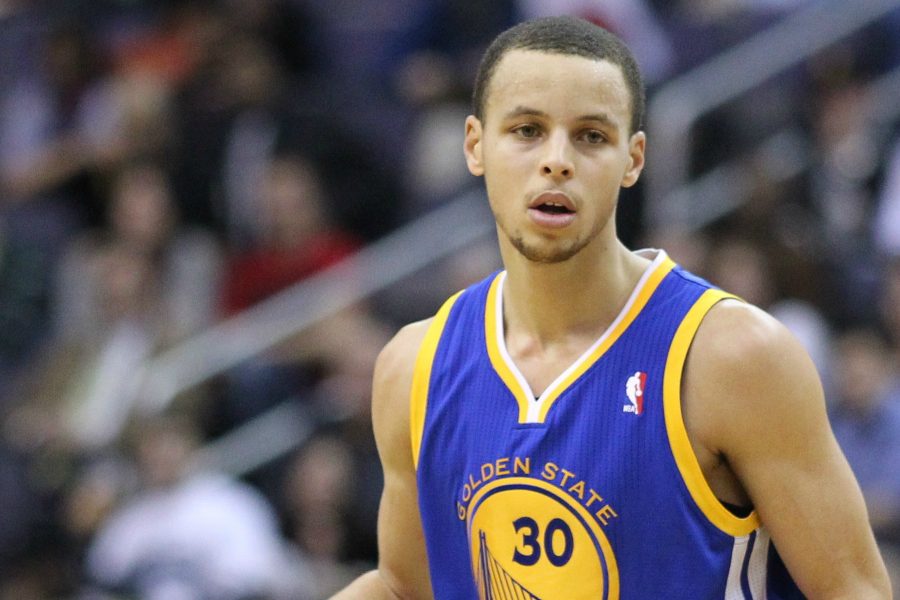 The city of Cleveland, Ohio currently holds the record for longest title drought in American sports. Since the Cleveland Browns won the NFL Championship in 1964 (yes, that’s right, this was before the Super Bowl existed), no team from the city, the Browns (NFL), Cavaliers (NBA) and Indians (MLB), has won its respective league. The Cavaliers this year were the city’s best shot in over a decade, making a run on the back of LeBron James and getting to the NBA finals.

Instead, the Golden State Warriors won their first NBA title in forty years. The Bay Area added another trophy to the collection, and the people of Cleveland will have to keep waiting for at least another year. The Warriors beat the Cavaliers 105-97 yesterday, June 16, to seal up the series 4-2. It was the conclusion to what had already been one of the Warriors’ best in franchise history

After a decade of ups and (mostly) downs, Golden State had made the playoffs in two consecutive years, exiting in the conference semi-finals and the first round in 2013 and 2014, respectively.

There was a feeling in the Bay Area that this might be the year early on, but the rest of the country had yet to come around. In October, only one ESPN writer picked Golden State to win it all (thanks Ethan Strauss). Most went for the Cavaliers, who had just unveiled the three-headed monster of LeBron James, Kyrie Irving, and Kevin Love.

The Warriors showed that they were a contender early on. After going 5-2 to begin the season, they rattled off sixteen straight wins. Though keeping pace with a 21-2 start was never going to be possible, the Warriors ended the season as dominant as they started it. Their final record of 67-15 boasted the sixth most wins in NBA history, but that doesn’t even begin to describe their dominance. The Warriors led the league in points per game, field goal percentage and three-point percentage. They were fourth in steals per game and second in assists-to-turnover ratio. Using their own in-depth stats, Nate Silver’s “FiveThirtyEight” blog ranked Golden State’s season as one of the best ever in NBA history.

Their success continued through the playoffs. In the first round, Golden State simply went through the New Orleans Pelicans. They won 4-0 and only Game 3 was moderately close.

The conference Semifinals series was against Memphis, the team that had played the Warriors closest in the regular season. The Grizzlies dealt Golden State just their fifth pair of consecutive losses all year, but point guard Stephen Curry pushed the Warriors to a 4-2 series win.

With Memphis out of the way, Warriors fans felt confident with their team’s chances going into the Western Conference finals against the Houston Rockets. In the end, the Warriors would have to worry more about their players than Houston’s. The Rockets provided little resistance to Golden State’s relentless attack. Only a 45 point effort by James Harden in Game 3 prevented a Warriors sweep. However, on the way, both Curry and guard Klay Thompson sustained what could have been major concussions on a fall and a knee to the head respectively. Both would be all right, and the Warriors moved on to the finals.

It had to come down to the Warriors and the Cavaliers, didn’t it? One was the experts’ pick in October, the other was the pick in January. Injuries to Kevin Love in the first round and Kyrie Irving in Game 1 of the finals turned the remaining games into a matchup between the best team in years and the best player since Michael Jordan.

The problem for LeBron was that a superior team will always beat a superior player. Even with James turning in super-human numbers and over-caffeinated Australian backup Matthew Dellavedova shutting down Curry for the first half of the series, the Warriors showed up as a group and were destined to win from the start.

So now we can celebrate. The Bay Area has another championship. And by the looks of it, the Warriors won’t be going away anytime soon.

Every championship winning team takes their own way to the title; they have their own recipe for success. When the San Francisco Giants won the World Series last October, they did so with a combination of timely hitting and super-small ball, stellar defense and Madison Bumgarner putting in one of the better pitching performances in recent memory. When Ohio State won the first ever College Football Playoff, they did so with a brutal ground attack and superb coaching But at times, the Giants lacked depth in their starting rotation, and Ohio State had their worries about starting a freshman quarterback in two of the most important games in school history. Very few teams have it all but only the best teams play in a way that shows everyone that they have it all.

Which makes it fitting that the Golden State Warriors are already being considered one of the greatest teams in NBA history.

How did they do it? What was their recipe for success?

Start with a centerpiece. Every team needs the guy to build themselves around. 2015 NBA MVP Stephen Curry was that guy for the Warriors. One of the most dynamic players in the league, Curry combined amazing ball control skills with lights-out shooting to lead the team throughout the season and in the playoffs, especially coming alive in the last three games of the finals. All three games were Golden State wins.

Add a supporting cast, largely ignored. LeBron proved that a single player can’t win a series even with almost godlike numbers. Curry actually fell into a slump for the first few games, but the team picked him up. It was Thompson draining threes. It was big man Festus Ezeli and guard Shaun Livingston putting in quality minutes in Game 6. It was Draymond Green having the best season of his career.

Possibly most importantly, it was Andre Iguodala, who had been demoted to being a sixth man all year, who was called upon to guard the best player in the world. Sure, LeBron put up all-time great numbers, but Iguodala held him just enough to give Golden State the advantage.

“He’s accepted his role like a true pro, and, man, he stepped up when we needed him most,” Thompson said in a press conference after Game 6.

Throw in a first year coach not afraid to go against conventional wisdom. Steve Kerr, famous for his days playing with Michael Jordan, took control of the team and quickly made his own modifications to build success. Most coaches wouldn’t have taken one the most experienced players on the team and put him on the bench. When David Lee, the highest paid player on the roster, came back from injury, most coaches would have inserted him into the starting lineup for Draymond Green, an unheralded youngster with a problem controlling his emotions. When Timofey Mozgov, a 7’1″ center, scored 28 points in Game 4 of the finals for Cleveland, most coaches would have bulked up the lineup for the next game. But Kerr kept Iguodala on the bench. He kept Green in the starting five and benched Lee. He kept the lineup small and fast. And the Warriors kept winning.

Add the fans. Who can forget the fans? The fans in Oakland, who, desperate for success, transformed Oracle Arena from an old, outdated stadium in need of replacement into the loudest venue in the NBA. The fans who, one ESPN commentator commented, stayed standing for a better part of the finals games and who filled Oracle to watch the games in Cleveland. And the fans who travelled and at the end of away wins filled opponents’ stadiums with chants of “Waaaariors” from the 1979 movie “The Warriors.” Almost every player on Golden State’s roster played a role in its postseason run, but it was the over 19,000 fans who gave truth to the motto “Strength in Numbers.”

So you’ve got an MVP, a strong backbone, a rookie coach who is some combination of cunning and crazy and a fanbase giddy with success. What’s the end result? A shiny golden trophy, a satisfied city, and a dynasty ready to take off.