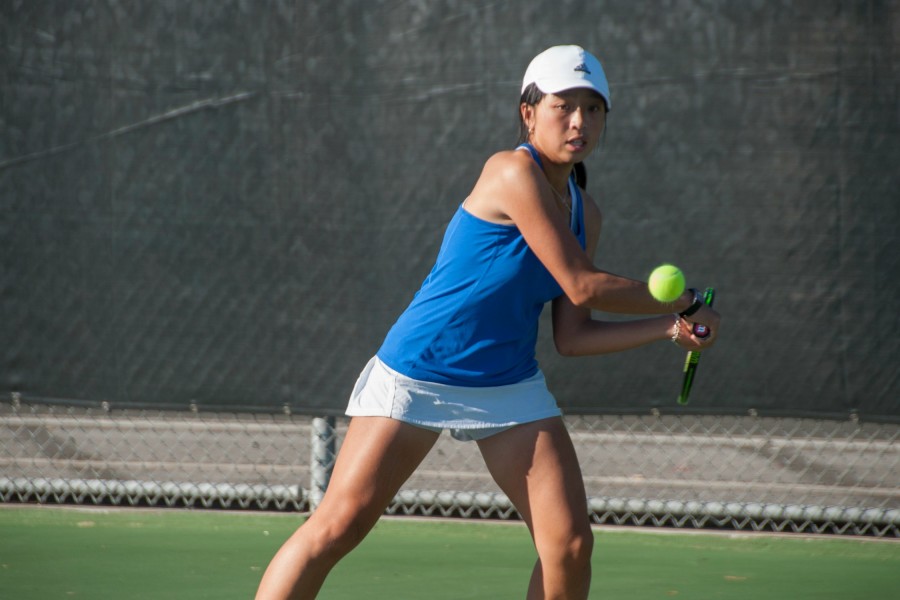 On Thursday, October 29, the girls tennis team suffered a severe defeat against Saratoga in their final league match, closing their season with a 2-10 league record. The team will not be moving on to the CCS Championships, although they will be sending some players individually to SCVALS.  These players are seniors Carina Burdick and Juliette Martin, and freshman Karina Shah-Chavez and sophomore Aline Wu for doubles, and freshmen Celeste Tran and Krithika Nathamuni for singles.

“[Our match] was terrible,” Juliette said. “It was comical; Carina and I played [doubles] so badly. [The whole season] was terrible. We didn’t win very much. It really was comical.”

However, other members of the team express conflicting opinions on the team’s success both in their final match and throughout the entire season.

“I saw a big improvement [in our team] because we played Saratoga at the very beginning of the season and my partner Sydney Sukhdeo and I played [the same doubles team then as we did today],” junior Tessa Hoquet said. “We lost pretty badly then, but this time we were actually kind of keeping up with them. It was improvement even though it doesn’t show in the score.”

In fact, Tessa says, the entire team has progressed during the season. This directly reflects varsity head coach Hung Nguyen’s pride in his players, despite the low number of wins.

“Overall [the] girls played really well,” Nguyen said. “We do have five new freshmen and they played really well. And the seniors were busy and it took them awhile but most of the seniors, like Ellen Dai and Claire Bai, started playing really well toward the end of the season. Unfortunately, the teams we play at end [were] just really good and will go to CCS. But overall I’m really happy with our progression [as a team].”