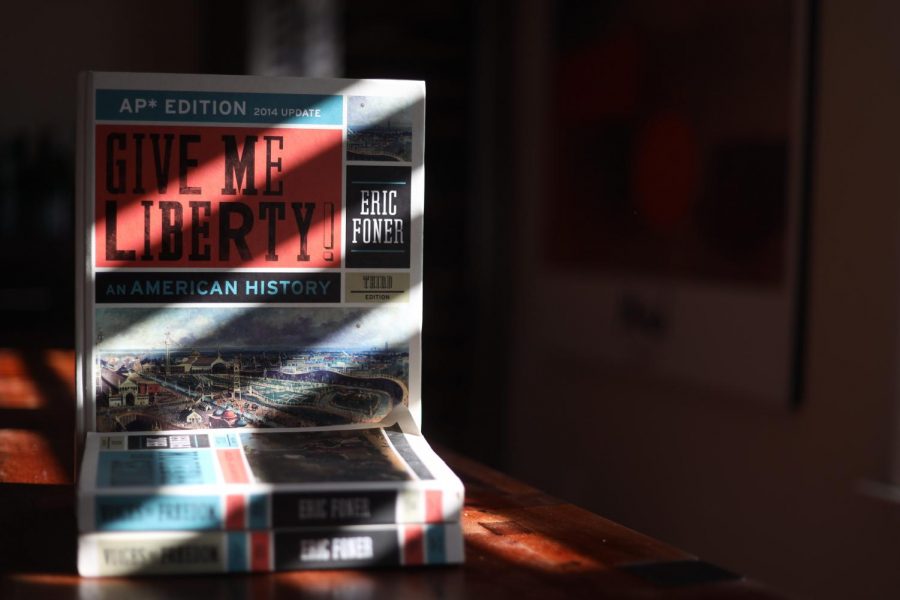 Truthfully, history has consistently been my least favorite subject. But this past year has given me the perspective to realize history is not just a thing of the past. In recognizing my own ignorance and privilege, I’ve come to terms with the detriment of our simplified, skewed education.

In all honesty, history has consistently been my least favorite subject. My lack of interest paired with the class being right after lunch led to me falling asleep way more than I’d like to admit.

Whenever I complained about my boredom during these lessons I felt were useless to my life, I was told the same thing: It’s important to learn about the past so that we don’t repeat our mistakes, so that we can grow.

Only this year, at 16 years of age, did I experience a different history curriculum than I was used to — one that doesn’t rely on our class-approved textbooks. Through a historically eventful summer of 2020 and a very real perspective of U.S. history throughout the ongoing school year, I realized history wasn’t just a thing of the past — it’s actively influencing the present. I’m privileged to not have had to come to terms with this sooner in my life, but I was upset at my own ignorance.

With each year I relearn American history, starting in eighth grade and now in 11th, the more I realize the importance of this knowledge. Knowledge really is power, and as a nation, we can’t expect to create any change (or at least change that’s for the better) without our people understanding the root of the issue.

In all the current protest and debate against police brutality, for example, it is important to have historical knowledge on the law enforcement system. Had I known that the system was originally created to enforce Black codes and previously slave codes, I would have realized the necessity of police reform sooner.

This recent appreciation for knowledge has shifted my perspective on my home nation entirely. I’d grown up fully believing that the United States is superior. It wasn’t even a question. Raised by two immigrant parents, I was under the impression my country held the best economic opportunities and inclusivity.

Only now am I better understanding that what I had previously deemed as American superiority was exploitation, plain and simple. Recalling on my elementary school education, Christopher Columbus was one of our prime historical heroes. It wasn’t until middle school, or even high school, that most of us faced the harsh reality of colonization. Is that simplification of our history not downright glorification?

Having a newfound perspective, I then asked my parents how the United States has such a great reputation when its history is the epitome of brutal inequality. I was surprised to hear that their schools did portray the United States as oppressive as it is.

My mother grew up in Brazil during the military regime, after the support from the U.S. government for the coup d’état in 1964, which remains a controversial topic (as does most of our past military interventions). I was raised in an immigrant household, a first-generation American, hearing of the hardships my grandfather lived through in his early years facing poverty in Brazil.

And I was still blind to who the aggressor was.

It left me wondering something: Where did my confidence in the United States come from? What do my fellow citizens think about their country? Was I blind simply because I wasn’t putting intention in opening my eyes, or was I not equipped with the necessary historical context to view the United States from an outsider perspective?

What I’m getting at in prompting these questions is that I don’t think the majority of American students have a deep enough understanding of the history behind our nation, nor the curiosity to properly learn it themselves.

My interest was piqued when I discovered through conversations with my peers that this year’s U.S. history curriculum somewhat varied from teacher to teacher. Based on the way our instructors teach –– the sources they reference, the words they choose, the context they give –– students have different understandings and interpretations of our past.

When our teachers’ word choice can so easily influence our perspective on a nation’s entire history –– take the invasion of the Capitol this January, for example, being described as a protest versus a riot, an insurrection or even an act of terrorism –– it becomes all the more important that students are given the appropriate, varied resources to effectively study and contextualize history.

I am appreciative of the significantly more honest education I’m receiving this year –– analyzing the experiences of the oppressed just as much as the oppressor –– but my eighth-grade understanding of U.S. history should not have been so noticeably different from my current 11th grade one.

While I understand the intent behind shielding younger students from violence and what not, that should not translate into a glorification of our past. Years of coloring in turkey drawings for Thanksgiving rather than learning about the oppression of indiginous people are not doing students any good. Now that I think of it, I don’t think I’ve ever learned the true history of Thanksgiving in school. I wonder why.

Regardless, I don’t think any 13-year-old is too young to understand real injustice; they’re capable of much more than we often give credit for. If younger students were introduced to contextualization and gained the respective knowledge about our history, we would see a great increase in activism and inspiration within our younger generation.

On another note, our country is objectively lacking a whole lot of empathy these days. Truly understanding our gruesome history would simply make us more thoughtful individuals.

Rather than having teachers put together superficial, self-explanatory Google Slides about how to empathize with our classmates, why aren’t schools allowing students to develop empathy naturally — showing us the human selfishness evident in our history?

At minimum, an accurate exposure to our past just made me care more. With even a brief, but real understanding of the struggle for African American freedom came an entirely newfound respect for the Black Lives Matter movement. With diving into the history of immigration policy came a new drive to advocate for today’s necessary immigration reform.

Not all of us live through the oppression created by our past, but we have to make the effort to educate ourselves and rectify it.

A historical perspective on our nation that differs from the “general reputation” of the country is crucial, and I fear that far too little of the American population has this, myself included. As citizens of the United States, it is not our duty to blindly abide by the norm.