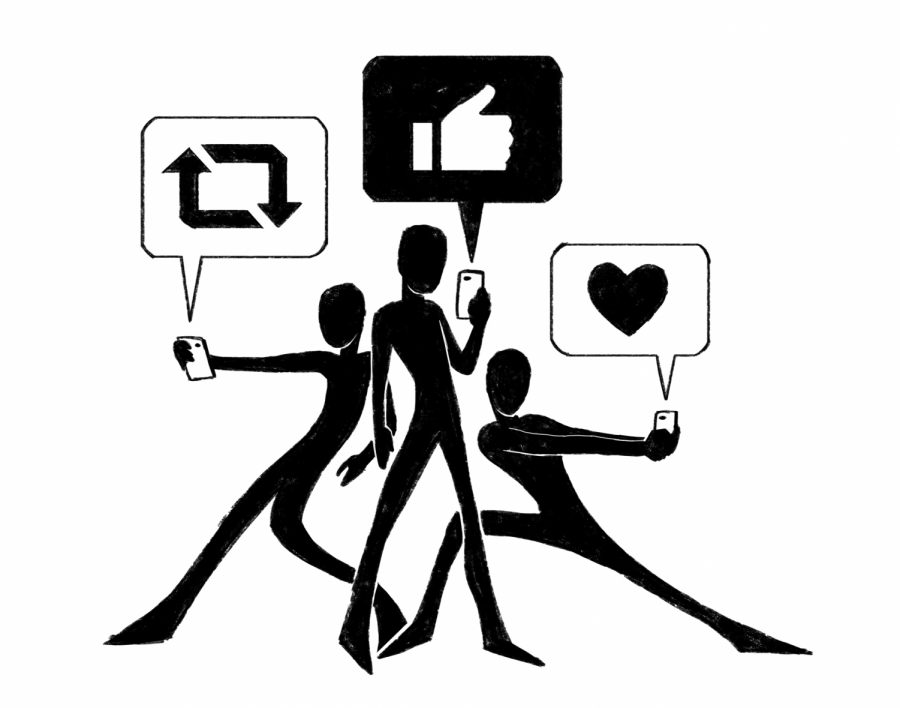 Earlier this month, Alabama Governor Kay Ivey signed a law that will ban abortions more than six weeks into pregnancy and punish doctors who help perform abortions with up to 99 years in prison. Alabama now follows in the footsteps of several other states, such as Georgia, who recently passed a “heartbeat bill” this past year, prohibiting abortions after a fetal heartbeat is detected.

In the wake of these decisions and the rise in opposition to abortion, many people have spoken out against such legislature online. Social media provides us all with a platform to express ourselves on any issue imaginable, whether it’s in the form of venting our frustrations or showing our support. Yet, if we intend to use social media as the only means of effecting social change, we should be wary of becoming “slacktivists” who advocate for a cause without intending to truly commit to it.

Often times, slacktivists will just repost a news article or tweet a trending hashtag a few times and call it a day. But it’s easier than it seems to become entrenched in this performative trend. Posting on social media under the guise of political activism can be a bid to boost one’s self-image and to feel good about taking up arms against a pressing societal issue without any of the stakes. Slacktivism tricks people into believing that sending out virtual blue thumbs and red hearts is enough; however, it’s still possible to become a more involved activist on social media.

Simply being social media users doesn’t automatically make us slacktivists, nor is social media itself the definition of slacktivism. The “slack” factor depends on the personal intentions behind posts, tweets and stories, as well as the actions we do—or don’t—pursue after taking that initial step to make our voices heard. In other words, the real issue with social media is how it’s wielded to further a cause.

Granted, posting on social media does raise awareness for important causes and shows that you’re not entirely complicit or idle, but it usually has little effect on government legislation and almost never guarantees tangible change. Social media has its limits in terms of being a useful tool to forward a cause or issue on its own—more often than not, movements on Facebook, Instagram, Twitter and other online networking sites need an offline counterpart to fully succeed.

Ultimately, performative Instagram stories won’t fix society’s problems, but that’s not to devalue social media’s role as an auxiliary platform to help drive, inspire and organize the physical action that will. Avoiding social media isn’t the solution; it just needs to be used in conjunction with other methods of outreach and engagement to be truly effective.

Take the “ice-bucket challenge,” for example. In 2016, the Amyotrophic Lateral Sclerosis Association (ALSA) raised $115 million for disease research by starting a viral video challenge: every participant would commit to a money donation to ALSA on camera by dumping ice water on their head, calling out the names of several friends to do the same and then posting the video to social media. Today, teen climate change activist Greta Thunberg continues to post photos of her weekly Skolstrejk för klimatet (“school strike for the climate”), an initiative that has mobilized thousands of students around the world. Since her protest went global in August 2018, Greta has continued to expand her audience on and off the web, even speaking in front of the United Nations and filming her own TED Talk urging people to organize their own local climate-change strikes. Both of these movements gained traction over social media but found widespread success because they encouraged people to take action in the physical world, whether it was participating in the ice-bucket challenge or marching for climate change awareness.

Although the recent anti-abortion legislature has been passed in Alabama and Georgia, far away from our lives in California, this physical distance shouldn’t discourage us from being politically engaged. We can educate ourselves on the new legislation to clarify misconceptions, then use this knowledge to teach and motivate others in the community. From giving in-class talks to sharing self-written blog posts and articles, actively participating in physical and virtual conversations will help ingrain this issue into the public consciousness. On a state and federal level, supporting campaigns and candidates aligned with our values, voting in elections and contacting our representatives will ensure that our beliefs are reflected in government and defended at higher levels of court.

Change may not come immediately or from any one individual, but we can all attempt to make a lasting difference if we try to push ourselves to stop scrolling and take this fight beyond a simple screen.