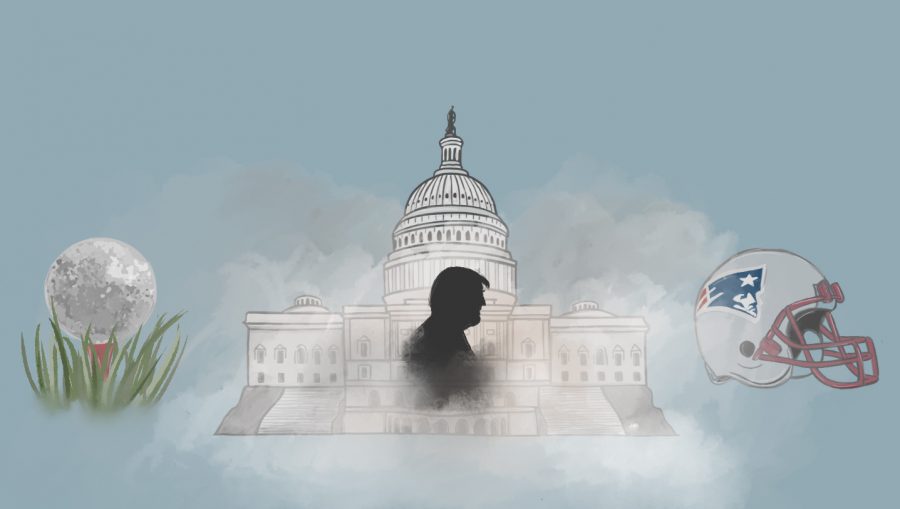 Historically, it has been an honor for the president to attend sports competitions: It was representative of the proud patriotic values Americans hold dear. However, after the Capitol Hill riots that happened on Wednesday, January 6, many individuals and organizations have reconsidered their association with Donald Trump.

The first, and arguably the biggest, of Trump’s partners to cut ties with him was the Professional Golfer’s Association (PGA). On Saturday, January 9, the PGA of America announced that they wouldn’t be hosting the PGA Championship — one of only four global golf men’s championships — which was projected to take place in May 2022 at Trump’s National Golf Club in Bedminster, N.J.

“We find ourselves in a political situation not of our making,” CEO of the PGA of America Seth Waugh said in a telephone interview with ABC News. “Our feeling was that given the tragic events of Wednesday, we could no longer hold it at Bedminster. The damage could have been irreparable. The only real course of action was to leave.”

This isn’t the first time the PGA of America has made the decision to not host their tournaments on a Trump course, though. Back in 2015, they chose to relocate the PGA Grand Slam of Golf at Trump’s Golf Club in Los Angeles after he made degrading statements about Mexican immigrants. Similarly to this incident, both he and his organization are saddened and upset by the decision made this year.

“We have had a beautiful partnership with the PGA of America and are incredibly disappointed with their decision,” a spokesperson for Trump’s golf club said. “This is a breach of a binding contract and they have no right to terminate the agreement.”

This statement is inaccurate, as the PGA does have the right to terminate the contract with Trump in this situation.

Golf isn’t the only sport that hasn’t taken kindly to Trump’s recent actions. The NFL’s New England Patriots coach Bill Belichick was set to receive the Presidential Medal of Freedom — due to his success as a coach and connection with Trump — on Thursday, January 14. However, on Monday, January 11, Belichick chose to decline this offer.

“The tragic events of last week occurred and the decision has been made not to move forward with the award,” Belichick said. “I know I also represent my family and the New England Patriots team.”

Belichick’s decision did not come after previous incidents with Trump; in fact, Belichick has been a longtime friend and supporter of Trump since the start of his presidency. Although it’s possible that he was pressured into declining the offer, Belichick claims his decision reflects his beliefs and benefits the community that surrounds him.

“Above all, I am an American citizen with great reverence for our nation’s values: freedom and democracy,” Belichick said. “Remaining true to the people, team and country I love outweighs the benefits of any individual award.”

Oftentimes, sports are viewed solely as a form of entertainment and fun. But that isn’t all they’re good for. Time and time again, popular members of the sports world have been able to create major change beyond the sports they play, both on social and political levels. As America continues to evolve and more controversy is brought to light, there’s no doubt that sports will continue to have a tremendous influence over the complicated issues that exist in our society.