Tired of Today’s Politics? Get Involved 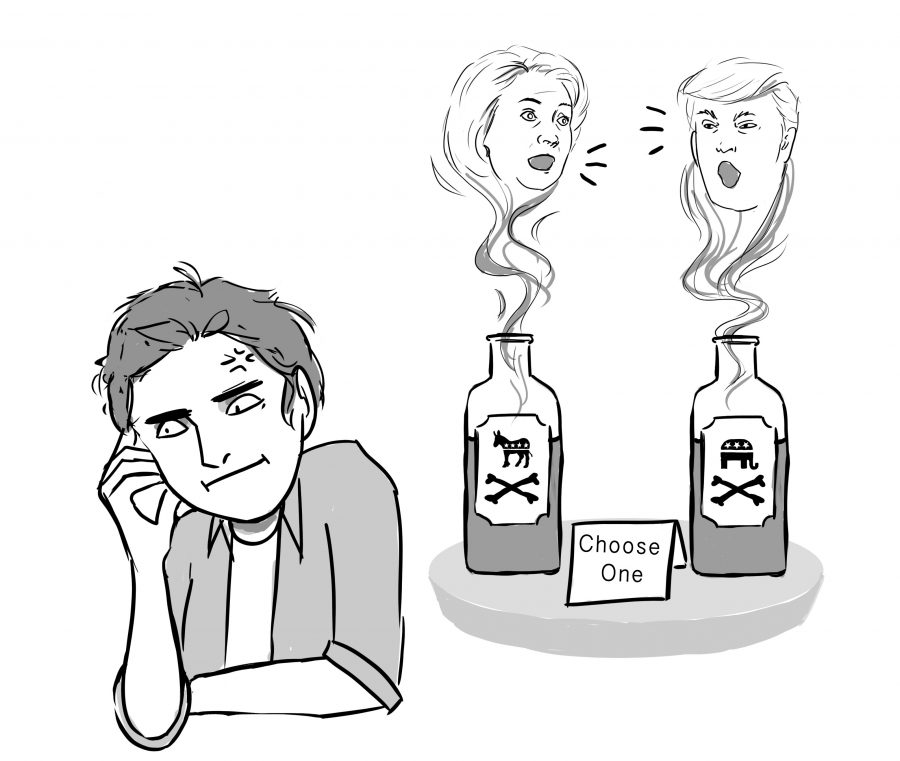 The 2016 election season has been one for the record books, particularly due to the fact that both candidates face harsh opposition and criticism. Hillary Clinton and Donald Trump are both considered to be less than ideal options for the presidency by many. Some now seem to be siding with a candidate for the simple fact that the other would be worse of the two poisons.

This election reflects the disengagement regarding politics among  the public, especially the youth. All this falls under the umbrella of a lack of civic engagement, which includes voting, petitioning, protesting and being a part of a group with a political interest.

It is imperative that youth pay attention to their civic duty if for no other reason than to purely avoid another election season filled with such turmoil and indecision on the part of multiple parties involved, if that is even avoidable with politics. Being civically engaged in the political system at both local and national levels is beneficial to youth, particularly because we simply have more time to actually effect change. A young  introduction to the world of politics and the varying ways one can be involved will allow individuals to form full and complete opinions that they are then able to voice and act upon.

While many young adults are involved in volunteering and community projects, the large number of youth volunteers is a large contrast to the only 19.9 percent of people ages 18-29 who cast ballots in the 2014 elections. This group seems to be consistently the lowest voter turnout amongst generations, with only 46 percent of them voting in the last presidential election according to National Public Radio. As the Baby Boomer generation, ages 52-70, begins to fade, millennial voters, ages 18-35, are now around 31 percent of the electorate according to  census data from the Pew Research Center.

Surprisingly, one solution to voter apathy can be traced to our lack of involvement in local government. Participating in local government, whether that be through attending city hall meetings or talking to local officials, can provide youth with experience and foster confidence in individuals. It is conducive to more introspective individuals with a stronger sense of empathy for others along with more involved members of society that can fully understand the multifaceted issues of today. This way, not only will we be more encouraged to vote, but we will also have a better understanding of the issues facing our nation.

In this year’s election season, millennials are at the age where they can vote. With the state of civic involvement in their age group, however, it is unclear whether they actually will vote, especially since many of them don’t seem to support either candidate fully.

Being involved now, especially on the local level, seems like a waste of time because not only do the actions of local officials seem to be unimportant to our everyday lives, but local engagement also seems disconnected from the national government. However, by getting involved in it now, we’ll be more encouraged to vote in the future and make sure that we don’t repeat the mistakes of the generation before us.

It’s important that we keep our civic duty in mind and are aware of politics even at a basic level so we have more of a hand in the world of tomorrow. Sometimes, we forget that we will have to inherit, work in and exist in the world that is based off our civic involvement. The people who run our government will determine our available opportunities, the way feminism manifests in our world, immigration policy and even how nuclear war affects future generations. To change the state our world is in and to ensure equal opportunity, the youth, myself included, need to pick up the reins and that begins with educating ourselves and using the voices we have to stand for something.