‘Thor: Ragnarok’ Fulfills Marvel’s Formula, But Not Much Else 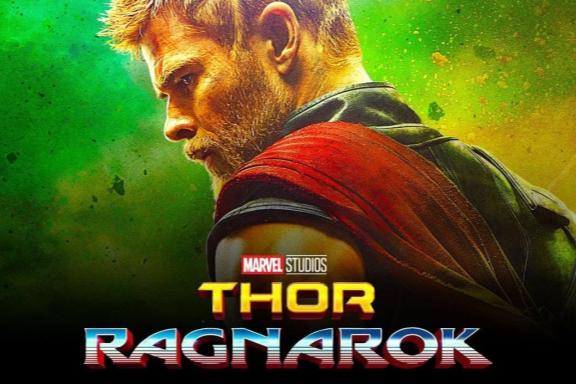 By Maddie Chu and Javin Pombra

“Thor: Ragnarok” is feel-good. It’s the classic villain-tries-taking-over-the-world (or galaxy) and the-hero-saves-the-day story.

Ragnarok checks the boxes: The humor hits all the marks. The action scenes are filled with well-designed CGI and tons of neatly-choreographed fights. The superheroes are at their best, with epic displays of thunder and villains piercing through dozens of well-armored Asgardians.

But, plot-wise, it falters.

The introduction is incredibly fast-paced, where large, somewhat possibly emotionally poignant scenes are rushed by. A character deeply close to Thor dies and he barely has time to reflect and respond before a new, poorly-explained villain appears. There’s a surge in Marvel’s classic comedic takes (in fact, in nearly every scene), but it seems like the comedy is there to distract from the lack of an emotionally insightful plot.

Indeed, the movie has a theme of sacrificing areas of development in exchange for moving the plot forward as fast as possible to the next action scene. We see no development between brothers Loki and Thor, as their relationship is still the confusing mess of betrayal, yet brotherly love as we saw in “Thor: The Dark World.” A new character, Valkyrie, has a traumatic past which she gets over in, quite literally, a couple of minutes. Even this film’s villain, Hela, is briefly introduced without an explicit understanding of how her philosophy was shaped by past experiences — how she became the antagonist.

We may love Thor, but many of the characters introduced, without an explanation of their past and values, make them expendable. Even characters we know from before, like Odin and Loki, seem to lack any characteristic that allows the audience to truly and deeply care about what happens to them. Especially considering this is the third movie in the “Thor” series, there is no way to rely on developed backstories of characters, rather other, more creative ways of getting us to understand relate to new additions to the cast. Unfortunately, the movie stuck to a formula.

Yet it would be wrong to label this movie as poorly-made. Given that Marvel targets kids and young teenagers, trying to create a plot that has Academy Award-winning depth would be a commercial mistake. To that extent, it’s understandable why the plot is a quickly-moving conveyor belt to the next flashy fight scene — kids have short attention spans.

Regardless of a young audience that excitedly awaits the next punch or kick, depth was still possible. Looking to the Captain America or Iron Man franchise, struggles with relationships and families and ideologies have been well-done in Marvel Cinematic Universes. And, with all the missed opportunities, this movie could have provided some insight beyond just the colorful action scenes and laugh-inducing one-liners.