The Upsides and “The Upside Down” sides 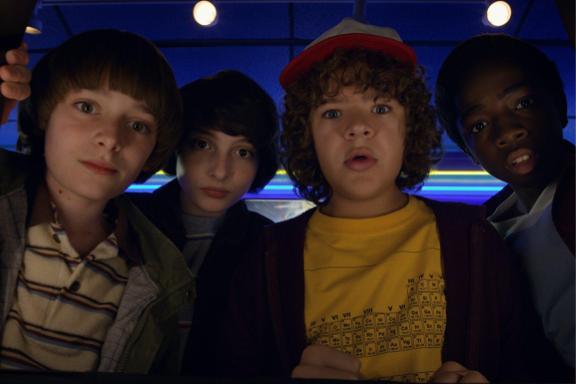 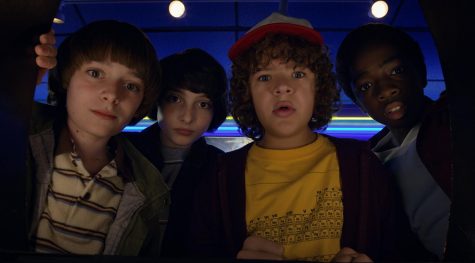 A little girl with a number for a name and a soft spot for Eggo waffles, Christmas lights and Dungeons & Dragons. These features only scratch the surface of the first season of Netflix’s smash hit, “Stranger Things.” Full of 80’s nostalgia and stellar performances from the then 11-and-12-year-old leads, “Stranger Things” quickly became one of 2016’s most popular shows. Could they successfully follow up a first season so widely acclaimed? I’m happy to report
the Duffer Brothers have done it again. Here’s what they got right and what fell flat.

To recap, the first season followed the disappearance of a young boy, Will Byers, in the small town of Hawkins, Indiana and his gang’s search for him amid supernatural occurrences. After its initial release, I, like many, fell in love. Amongst a landscape of franchises and remakes, “Stranger Things” was a gift long overdue, a unique story told with nuance and love. In the second season, they have recaptured the same magic.

If you haven’t watched the second season, stop reading now. The rest of this will contain spoilers.

This new season picked up nearly a year after the events of the first, dealing with Will’s struggles to cope with the trauma he sustained in the Upside Down and the rest of the cast’s attempts to return to normalcy. However, things couldn’t remain quiet in Hawkins and a new threat to the town emerged along with two new faces, siblings Max and Billy.

In its second season, “Stranger Things” could have easily stunted its spectacular potential, relying on the quirks that had first made it a success. Instead, it demonstrated a maturation in storytelling and themes, venturing deeper into horror elements and even touching on topics like PTSD through Will while still including aspects adored in the first season — 80’s nostalgia, the friendship between our young protagonists, Eggo waffles and all.

More, this season’s overall appearance was absolutely sublime, its every detail created with a care and love that made the experience of watching it all the more enjoyable. The staff behind the scenes built off the strong foundation set up in the first season, using color, costume and set to create an aesthetic unmistakabley “Stranger Things” — whether from the Upside Down’s mote filled air and stuffy yet somehow cool, dark blues and grays or the stifling warm tones of the Byers’ house.

The Duffer Brothers’ choice to introduce new character combinations gave the show a new freshness and offered the fantastic cast the opportunity to showcase their talent and develop their character. The most notable pairing for me, followed closely by Hopper and Eleven, was Dustin and Steve in their grand search for a mysterious creature found by Dustin. Their interactions demonstrated a kindness in Steve not fully explored in the first season and the absence of a male figure in Dustin’s life. In the case of Eleven and Hopper, her time living with him allowed for interesting new facets of Eleven to shine. We experienced a young girl simply longing for her friends who, despite the appearance of a father figure she so desperately needed, lashed out in petulant anger. In Hopper’s case, we see a man still mourning the loss of his biological daughter, finding her in Eleven, and becoming the angry father simply desperate to keep his little girl safe.

Finally, Noah Schnapp’s performance as Will Byers was astounding. In the first season we didn’t see much of him beyond a scared little boy isolated from his family and friends. Now, we get to see him dealing with his experience in
the Upside Down. Delivered with a skill beyond his years, Schnapp spectacularly steps up to the plate, nailing the complicated nuances being asked of him.

Season 2’s shakiest aspects were its loss of development for some characters. This is especially prevalent in Joyce, Will’s mother, and the new addition of Billy. He initially presented a compelling character, a human villain among fantastical monsters. However, the lack of explanation or backstory until the penultimate episode of the season simply made me lose interest in his story and stripped him of adequate development. The single scene that offered a window into his life was chilling and wonderfully acted but only scratched the surface of what could’ve been an important and complex story to tell. On that same topic, Joyce continues to be pigeonholed into the same role of a worried mother. Winona Ryder has so much to offer as an actress and to see her forced to be a frail figure shrouded in cigarette smoke was simply disappointing.

After finishing “Stranger Things” far too quickly, I found that an unsettling amount of my brain continued to be occupied by thoughts of those tweens’ well-beings and that small town in Indiana. Its nostalgic aspects and fantastical elements could’ve easily swept the show off its feet and transformed it into a paper thin series. Instead the Duffer Brothers smartly secured “Stranger Things” in its characters and their relationships, whether familial, platonic or romantic, cementing it as a diamond in the rough. So here’s to a third season and many more.