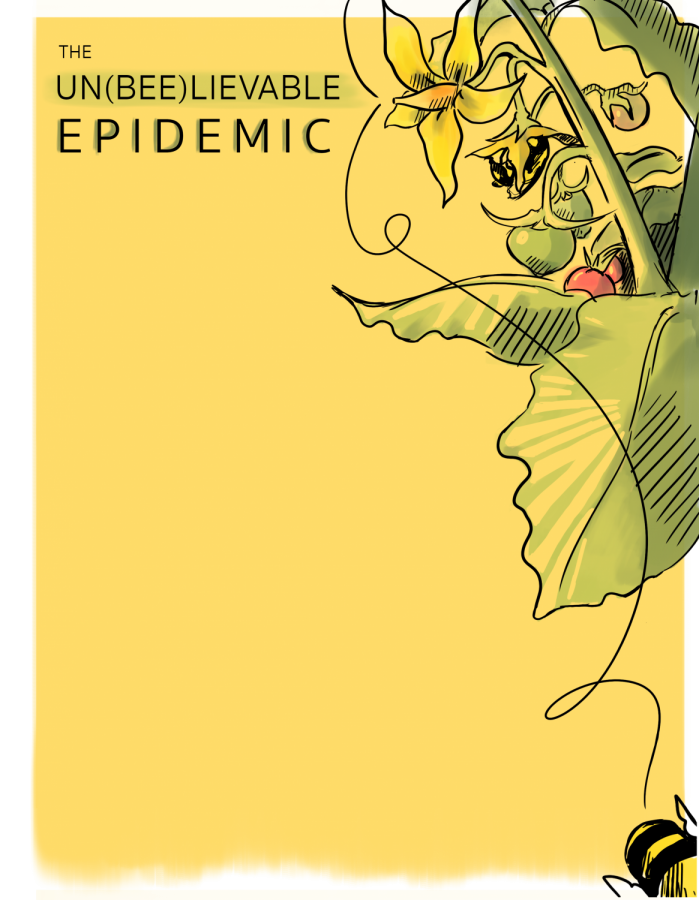 One sunny Wednesday afternoon, just as I had finished snacking on my granny smith apples and peanut butter, an overwhelming sound of buzzing surrounded me. Within less than sixty seconds, I was stung eight times. You could say that after this incident, I wasn’t too crazy about bees. It seemed as if they only existed to hurt my friends and me, and this misconception was shared with my peers.

When I first heard about the bee epidemic, I found it hard to care about their livelihood. Over the past few years, it seems that everywhere I look online, there is some story about the bees dying. Whether it be a meme or a serious text post, the conversation surrounding bees is buzzing. However, these posts are vague, making the bee crisis even more confusing and, therefore, people like me who, for so long, only viewed bees as a danger to myself, struggle to be passionate about this issue especially because bees have a reputation of being nothing more than annoying flies, and nobody wants to take time out of their day to help them.

However what I have come to realize is that bees are not just there to sting you. In reality, bees are secret machines powering our everyday existence. As bees fly from flower to flower, they pollinate, allowing plants to reproduce which helps to sustain almost all of our agricultural products such as watermelon, blueberries, squash, apples and more.

Despite the myth that domesticated honey bees are going extinct, in reality, it’s the native bees that are close to extinction. The misconception that domesticated honey bees are going extinct stems from misinformation in the media. AP Environmental teacher Greg Stoehr believes the problem that these bees are facing stems from “colony collapse disorder,” or CCD. This disorder causes bees to leave their colonies and fly off until they die. And CCD, which is spreading throughout the nation, is what is causing the destruction of bees.

While a multitude of causes have made determining a singular cause of bee extinction difficult, one suspected culprit is a class of pesticides known as “neonicotinoids,” which are also believed to cause CCD. And, while the universally common European honey bee is likely safe from extinction, it’s the native bees that are greatly affected by these pesticides.

“[Scientists] think [neonicotinoids are] leading to susceptibility to disease … weakening [the bees’] immune system just like an immunosuppressant … causing them to get diseases that they wouldn’t normally get,” Stoehr said.

If bees were to go extinct, our agriculture would suffer. As our crops begin to disappear, farmers and distributors would quickly go out of business and because of this, our diet would shift to largely meat or non-flowering plants.

So how can we save the bees? The easiest first step that anyone could do, is donate to organizations that advocate for less pesticide use. And while the most concrete change that needs to happen is to outlaw the use of neonicotinoids, which have already been banned entirely in the European Union as of 2018, the problem can end with us. By volunteering at your local garden, you can help maintain healthy habitats for our bee friends.

At a young age, we are taught only that a bee will sting you, never about how much they actually do to help us. Therefore, an essential step to end this bee crisis starts by changing the public opinion of bees. And while bees literally broke the known laws of aviation, they still need our help, and that starts with you.